In 2012, Marianna Cimini launched her eponymous brand during Mercedes Benz Fashion Week in Milan, which was met with critical acclaim. In July 2014, being among the finalist of ”Who is on Next?” competition organized by Vogue and AltaRoma, she has her first fashion show in Rome. In September 2014, the Italian fashion designer after several mentions by Vogue, was included among the best 200 emerging designers by Vogue Talents. Marianna Cimini grew up in Amalfi Coast and later moved to Milan to attend “Istituto Marangoni”, among the best fashion and design school in Europe. Soon she starts to collaborate with prestigious Italian brands, such as MaxMara, where she designed for 3 years the line ‘S MaxMara and Tod’s, where she is in charge of a capsule collection for Fay Donna. She has won several awards such as “Premio Moda Italia” sponsored by CNA, special mention among the finalists for “Next Generation” hosted by Camera Nazionale della Moda Italiana and she is among the finalists at the Muuse competition for Vogue Talents for The Young Vision Awards. 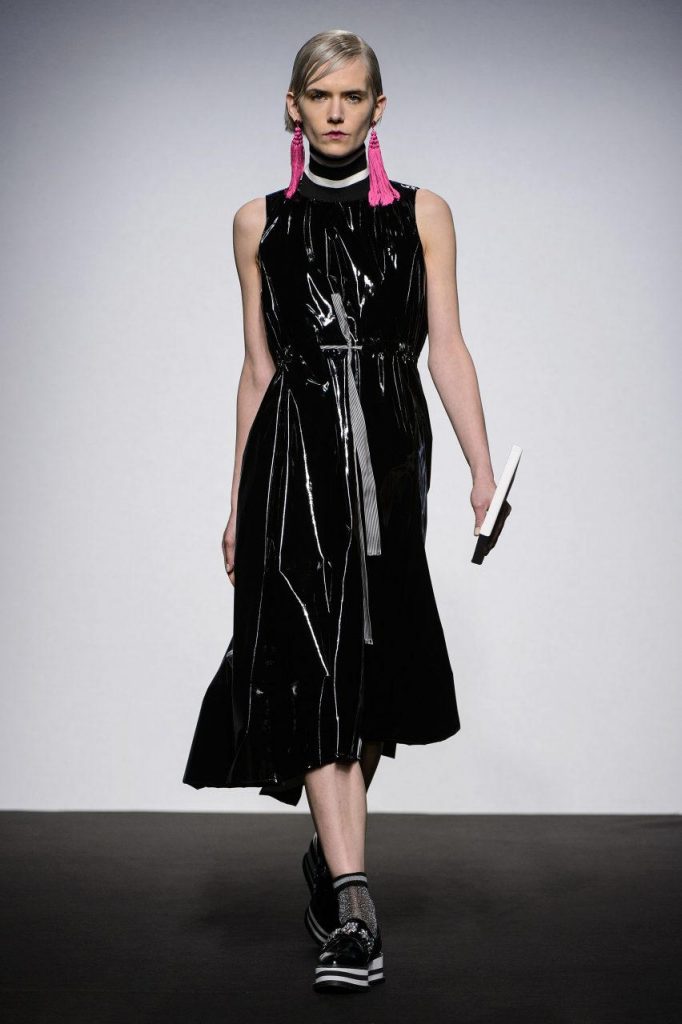 The brand, entirely Made in Italy, distinguishes for the balance between femininity and modernity. Marianna Cimini is a brand that blends a love for sharp silhouettes with the ease and the functionality of sportswear. Her woman imposes a refined but not strict presence, elegant yet contemporary: freshness and lightness of the lines and prints hint a sophisticated appeal that doesn’t go unnoticed. Colours are sharp and powerful and they help create daring and conflicting outfits, that synthesize in what Marianna defines as “metropolitan graphics”, a series of graphic elements that maintain Mediterranean audacity within its minimalism. 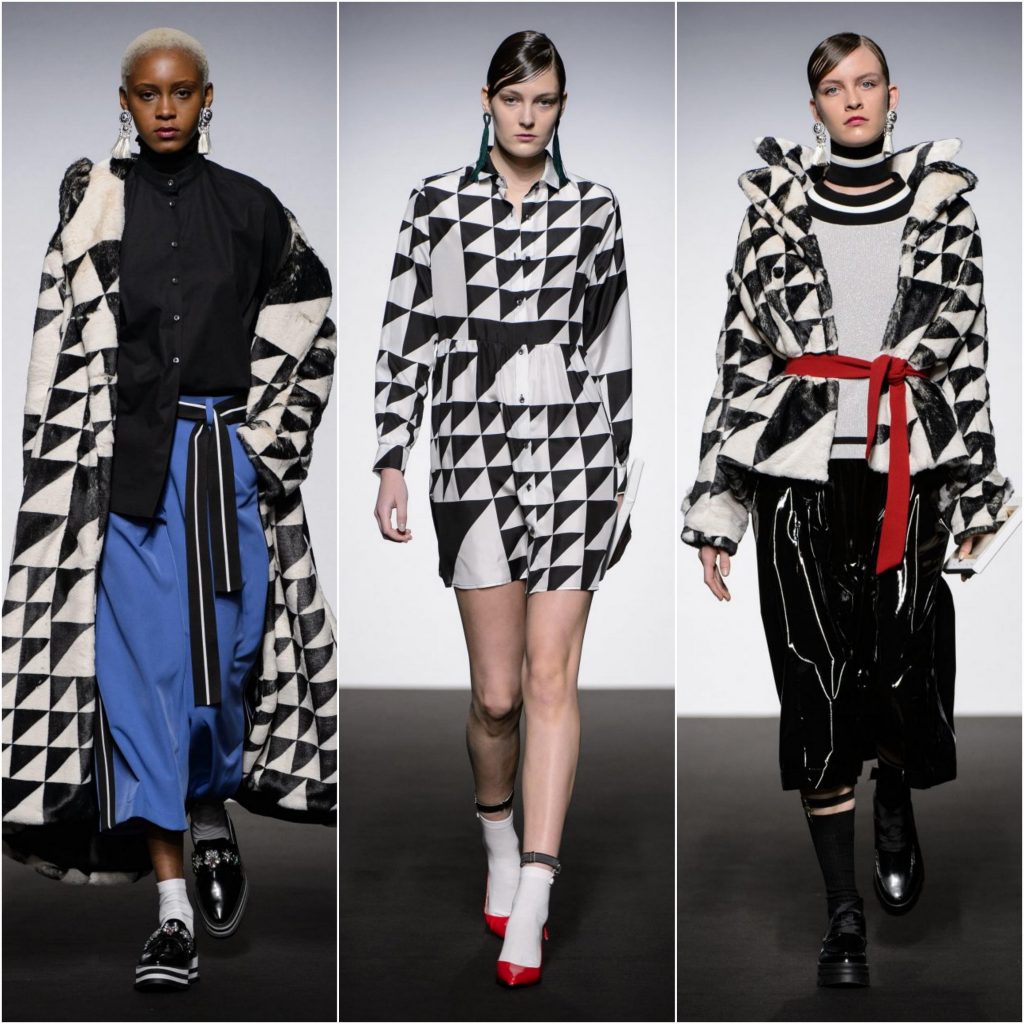 Marianna Cimini Fall Winter 18-19 collection is structured in over and slipped fits, enriched by volumes and garments designed to follow a romantic and dynamic woman in metropolitan day’s different occasions. The inspiration comes from a light reflected on the “La Femme à l’ombrelle” painting by Claude Monet. The gaze arises on a soft and angelic woman, although tight in an imposed role. Attention is immediately stolen by a flowered garden with quick and lively brushstrokes, a dynamic and modern vortex of lights and colours. It springs from it a desire to describe a femininity characterized by romantic but contemporary gestures, a conscious and energetic woman able to overcome the limits imposed by the canvas, by those who imagined her and painted her figure. Impressionist lights and bright colours are the means of a free and vital expression, able to find a physical extension in shiny and mirrored materials beyond the painting. 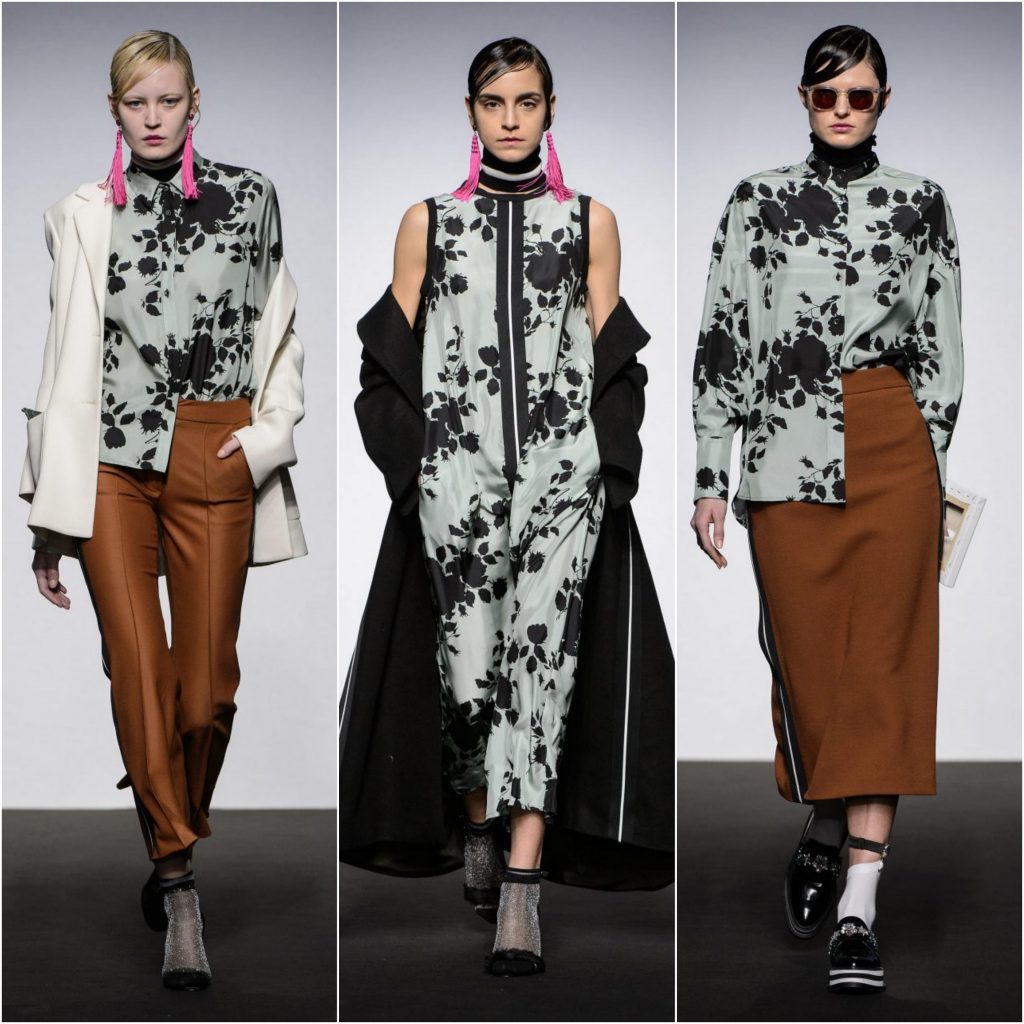 Maxi-coats and crop tops in printed echo-fur, pencil skirts, pea coat in double wool crêpe, suits and trousers with a masculine cut take shape from green and burnt browns’ shades: colours are intense and free from the pictorial overlapping. The metallic grey of Monet’s clouds and the rapid brushstrokes of light are translated into vivid and unexpected flashes of macro-sequins on boxy dresses and tops. Reversible coulisse dresses in waterproof nylon, midi skirts and patent trench coats give a continuous iridescence effect to a new woman, far from the impressionist canvas. A flower escapes from the canvas and accompanies the tale in red and black macro prints, with a new energetic and sensual verve: in nylon on a maxi coat and in habotai silk for shirts and chemisiers. 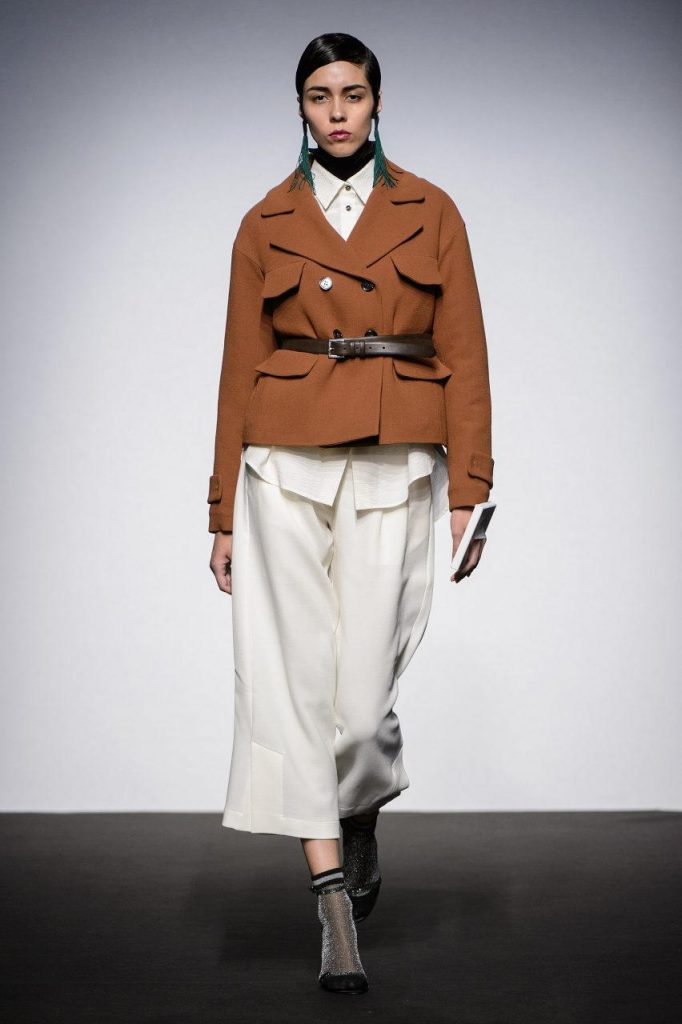 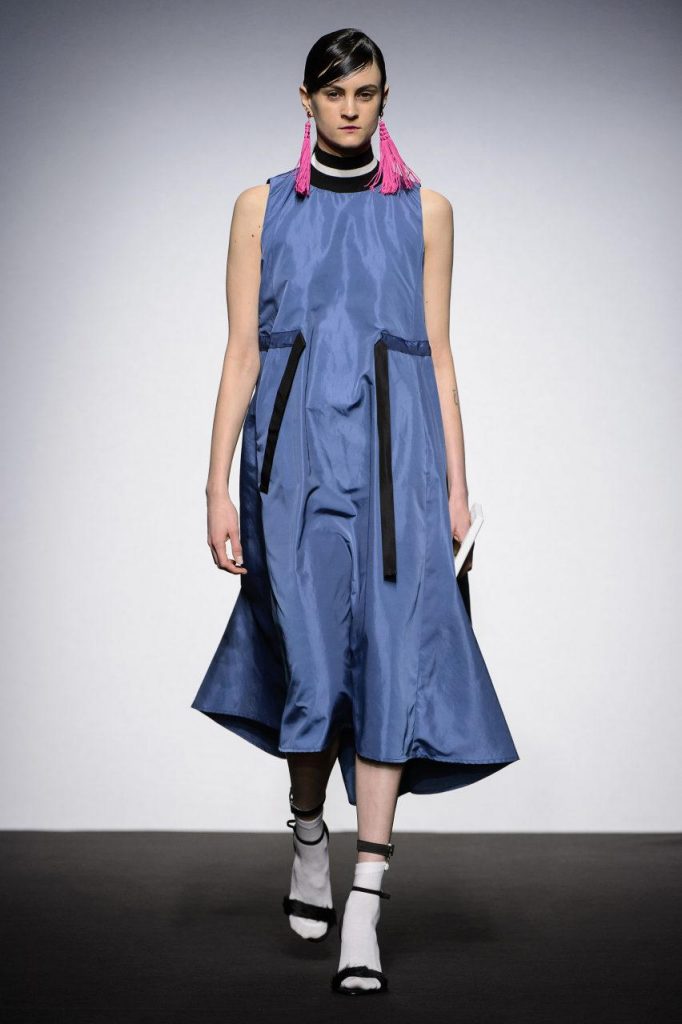 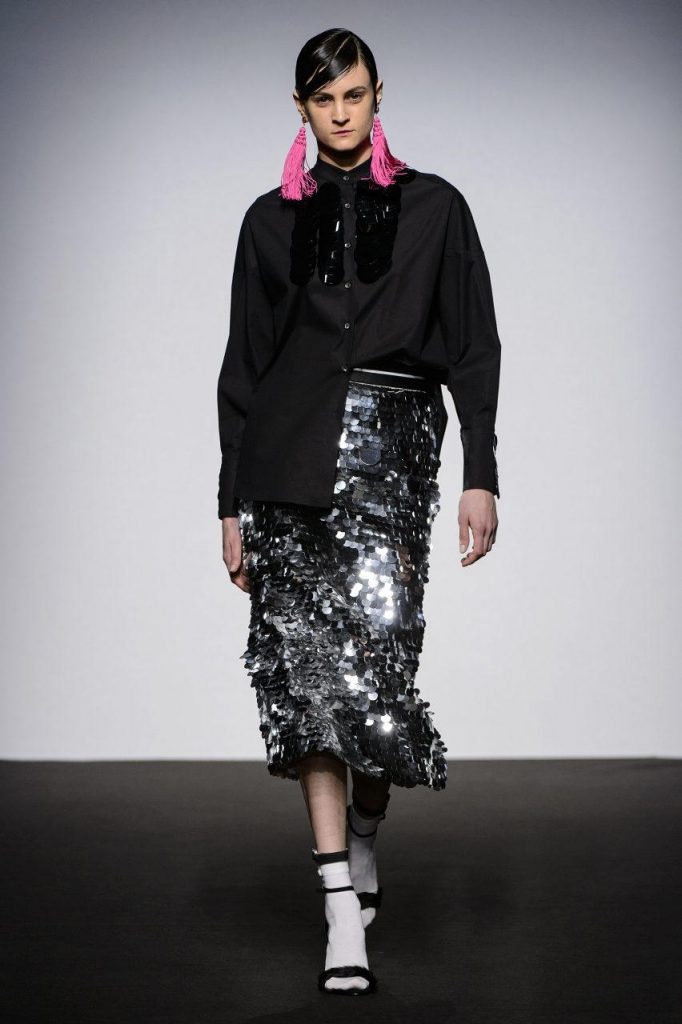