Coinciding with 58th Biennale di Venezia, the sixth edition of GLASSTRESS brings together a new line-up of leading contemporary artists from Europe, the United States, Latin America, India, and China in an ambitious exhibition exploring the endless creative possibilities of glass.

GLASSTRESS is a project by Adriano Berengo dedicated to supporting his mission of marrying contemporary art and glass. Since its debut in 2009, GLASSTRESS has revived the traditional craft of Murano glassblowing by forging new alliances with internationally renowned artists and designers. With little or no prior experience working with glass, these artists have embraced the challenge of creating extraordinary works in cooperation with Muranese maestri. The output of this unusual encounter defies the stereotypes associated with this ancient artistry, ultimately pushing the boundaries of both contemporary art and glass.

To celebrate 10 years of GLASSTRESS and 30 years of Berengo Studio, the exhibition goes back to its historical roots on the island of Murano. Till 24 November 2019, an old abandoned glass furnace is the evocative exhibition space for striking new works and installations by returning artists Ai Weiwei, Laure Prouvost, Tony Cragg and Thomas Schütte as well as first-time participants Prune Nourry, José Parlá and Rose Wylie, amongst others. For this section, Brazilian artist Vik Muniz has invited all artists to explore ‘how glass redefines our perception of space’.

Curated by Belgian artist Koen Vanmechelen, a section highlights from the past ten years will also go on display, including Mutter (2016/17) by Erwin Wurm, a series of sculptures exploring the equilibrium between everyday objects and their meaning; Laura’s Hands (2011), a piece by Jaume Plensa referencing the artist’s ongoing series of giant sculptures of a Barcelonan girl in a state of dreaming; and A Different Self (2014) by Mat Collishaw which combines the unique form of a Venetian mirror with a digital screen to evoke reflections from the past. A special project by Robert Wilson, curated by Jean Blanchaert, will also feature as part of the exhibition.

Many of the artists in the exhibition produced pieces which engage with pertinent environmental concerns and man’s relationship to nature. Among the new works at GLASSTRESS 2019, the work of Brazilian sculptor Valeska Soares, titled Acqua Alta after the yearly flooding of the city, comprising a series of glass containers which refer to the pollution of manmade objects as well as to vessels used to carry water. Acqua Alta acknowledges water as a precious natural resource, susceptible to the forces of nature and highlights the tensions between excess and decay. 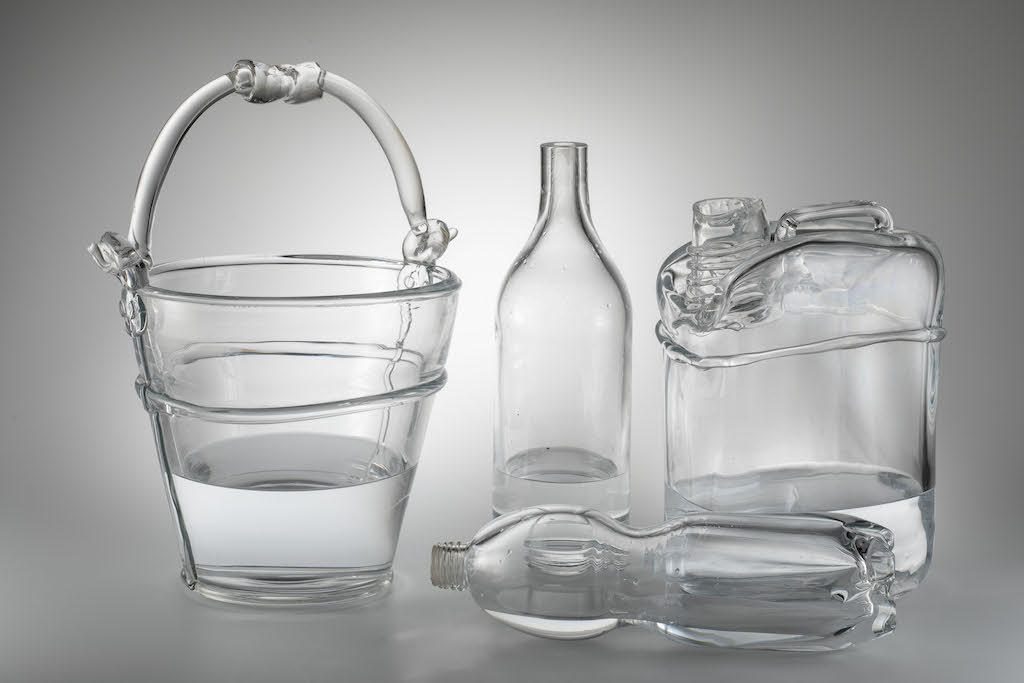 Reflecting on his collaboration with Berengo, the curator Vik Muniz says: ‘The idea of transforming Murano by breathing life into the creative craft of glassworks brings a new vision of what glass can be and do. GLASSTRESS speaks about tradition, about the history of the city and what was done here centuries ago. It’s a very interesting way not only to see how the city has adapted to its context as a contemporary art capital but also how it managed to still retain a lot of its own soul.’ 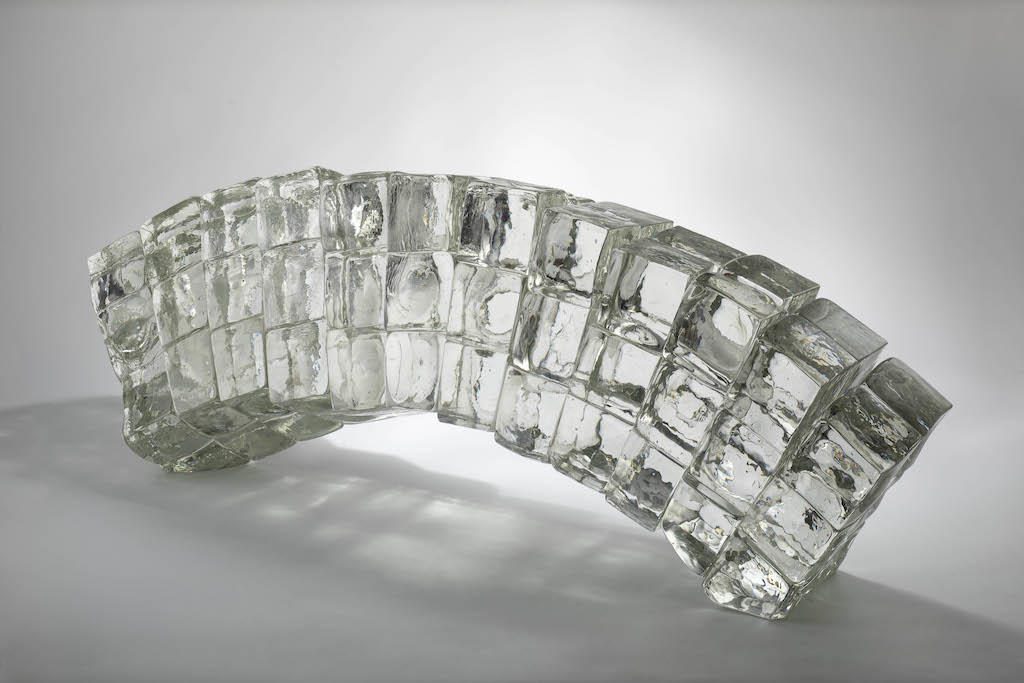