OCEAN PLASTICS BY THE RÖHSSKA MUSEUM: DESIGN’S ABILITY TO INFLUENCE THE FUTURE

It is estimated that in 2050 there will be more plastic than fish in the ocean. Marine littering is one of the major environmental issues of our time. Scientists have identified the problems caused by pollution but they alone cannot solve them. This is where design can contribute. Ocean Plastics exhibition opened on June the 15th and produced by The Röhsska Museum (Göteborg, Sweden) presents design’s ability to influence the future. The objective is to highlight how designers consider possibilities and materials of the future through various design projects.

Today, designers are becoming alchemists, scientists, activists, and social entrepreneurs. Their involvement stems from interdisciplinary analysis, a collaborative spirit and a belief in design’s ability to contribute to the solution, rather than the problem.

The exhibition spans two floors and is divided into four themes:

“With the exhibition Ocean Plastics we want to highlight questions relating to environmental issues by presenting design projects which address plastic pollution through questioning our relationship to the sea, presenting strategies for cleaning up the oceans, recycling existing plastics and exploring the potentials of bio-plastics”, says Johan Deurell, curator at the Röhsska Museum.

A basis for shifting consumer patterns and public opinion is that individuals have access to knowledge as well as different kinds of capital. That is why an important part of the work with the exhibition as well as its design -graphic identity and exhibition design is made by Wang & Söderström– has been to raise the issues in an intriguing way in the spirit of popular education.

“With Röhsska’s message that “Design is Everywhere” the museum also says that products and materials have a great impact on nature and our climate. Ocean Plastics highlights the widespread use of plastics today and the various ways in which design and innovation unite in the efforts to come up with alternative design solutions and new materials in relation to us consumers”, says Nina Due, Museum Director at the Röhsska Museum. 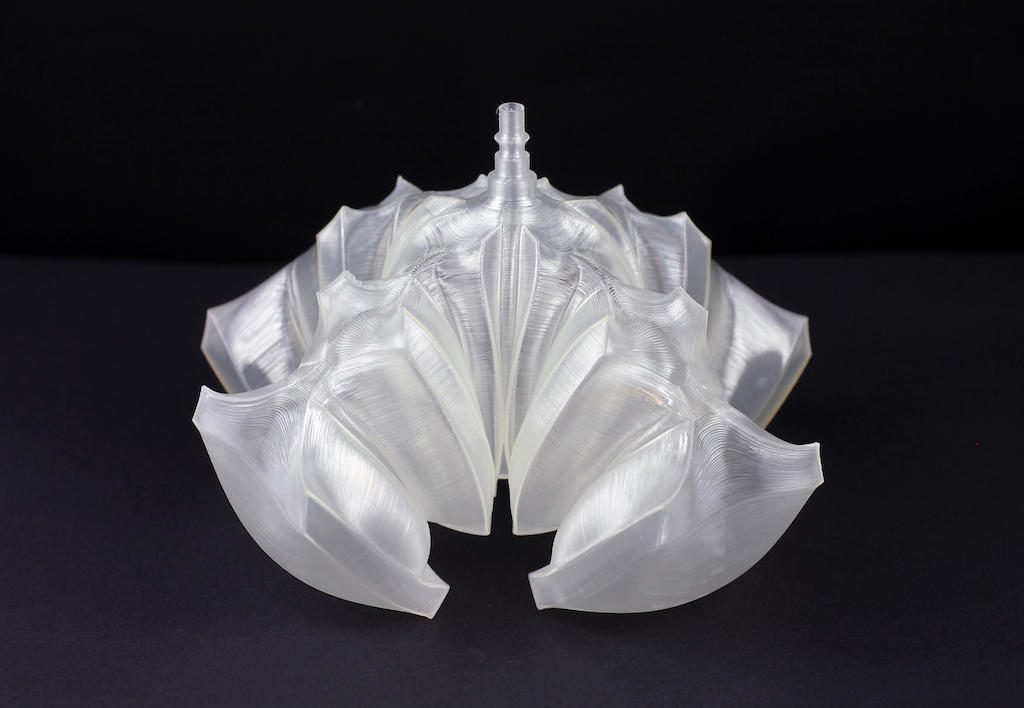 Roos Meerman applies glass blowing and 3D-printing techniques to PLA, a biodegradable plastic made from corn starch. After the mould has been printed, she heats and inflates it by blowing air into the mould. 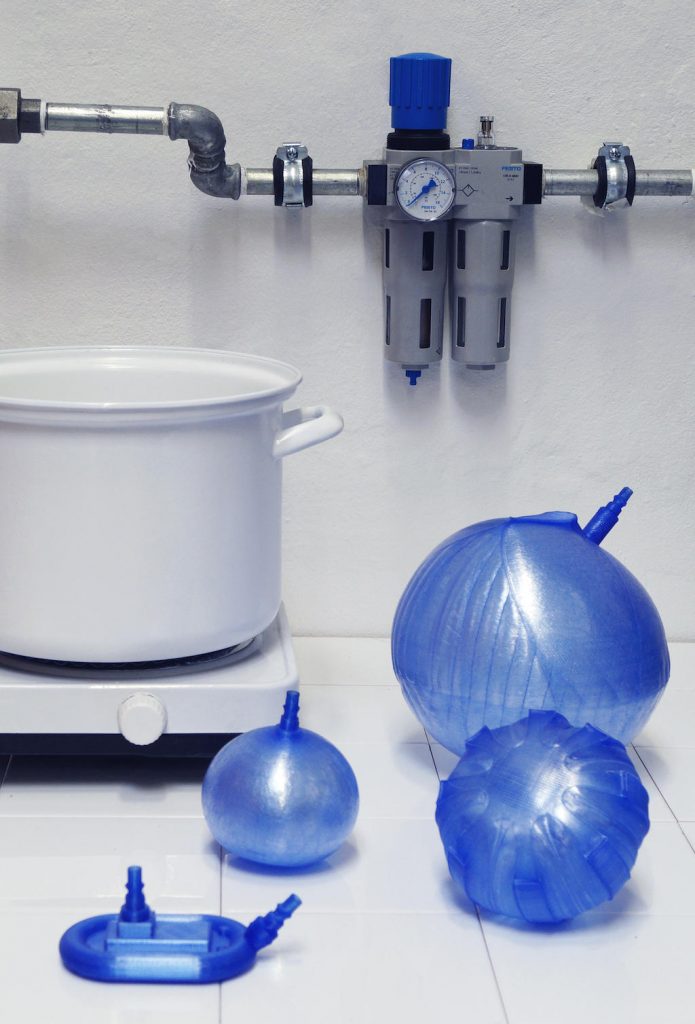 According to Meerman, the technique has the potential to be used on an industrial scale and applied to architecture and product design, for example in temporary accommodation and single-use packaging. 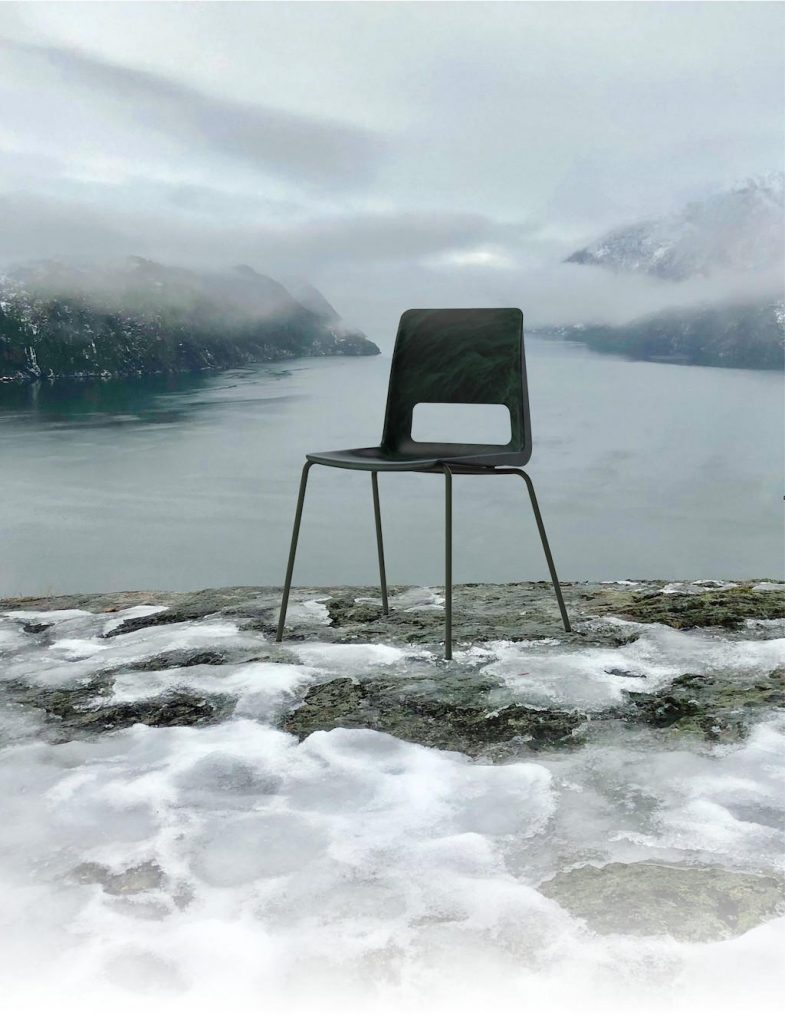 The architecture studio Snøhetta and the furniture company NCP’s S-1500 chair is made of recycled materials from the Norwegian fish industry. Discarded fish nets, ropes and lines are processed into a granular substance and injected into a mould. Intended for domestic and public use, the S-1500 is inspired by Bendt Winge’s classic R-48 chair from the 1960s (sold in over five million units in Norway (photo-credits-NCP). 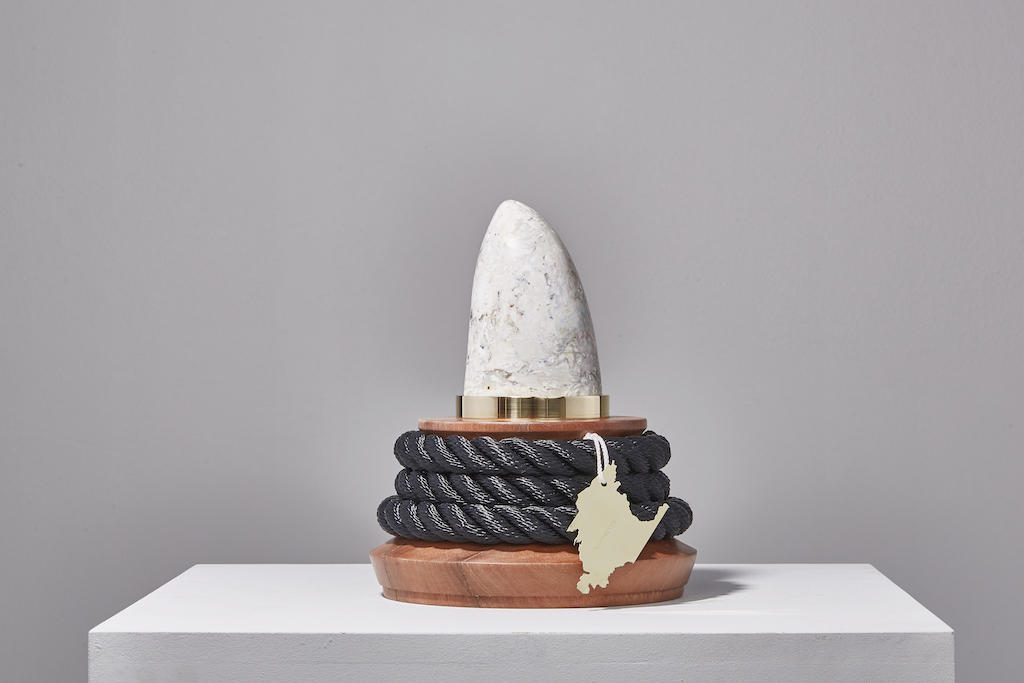 In 2015, Studio Swine (Alexander Groves and Azusa Murakami) undertook a journey of 1,000 nautical miles to collect ocean plastic on the way from the Azores to the Canary Islands. Using a solar-powered machine on the deck, they extruded the plastics to make five sculptures representing each of the major ocean gyres. The North Atlantic Gyrecraft sculpture references objects made with whale’s teeth, which were historically carved by sailors at sea.

Recently, a hybrid material consisting of natural sediments (such as sand, corals, and lava) and ocean plastics was found. Inspired by this, Yesinia Thibault-Picazo’s collection of stones mimics geological processes that take hundreds of years. By using industrial materials like plastics, aluminium and concrete to create ‘neo-natural minerals’, her work is commenting on how human activity has left a footprint on the geological record, while at the same time speculating around the fossils of the future. 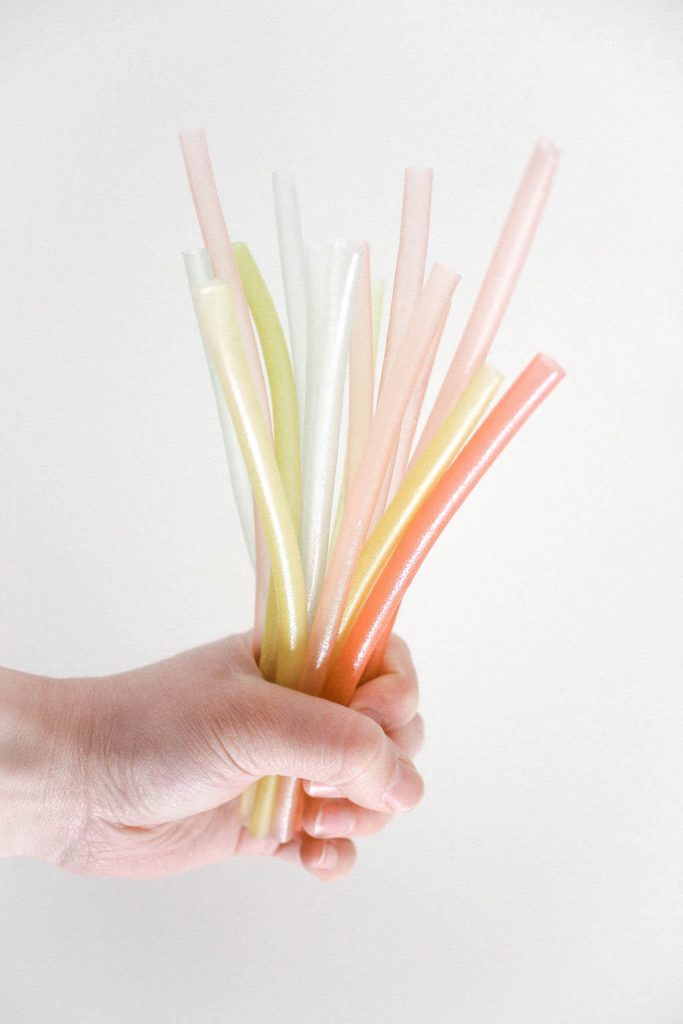 Margarita Talep has developed packing where the polymer is agar, a jelly-like substance extracted from red algae through boiling. Fruits and vegetable skins give the material its hues. Algae plastics can be rigid or flexible, depending on the proportions of polymer, water, and heat used in the process.