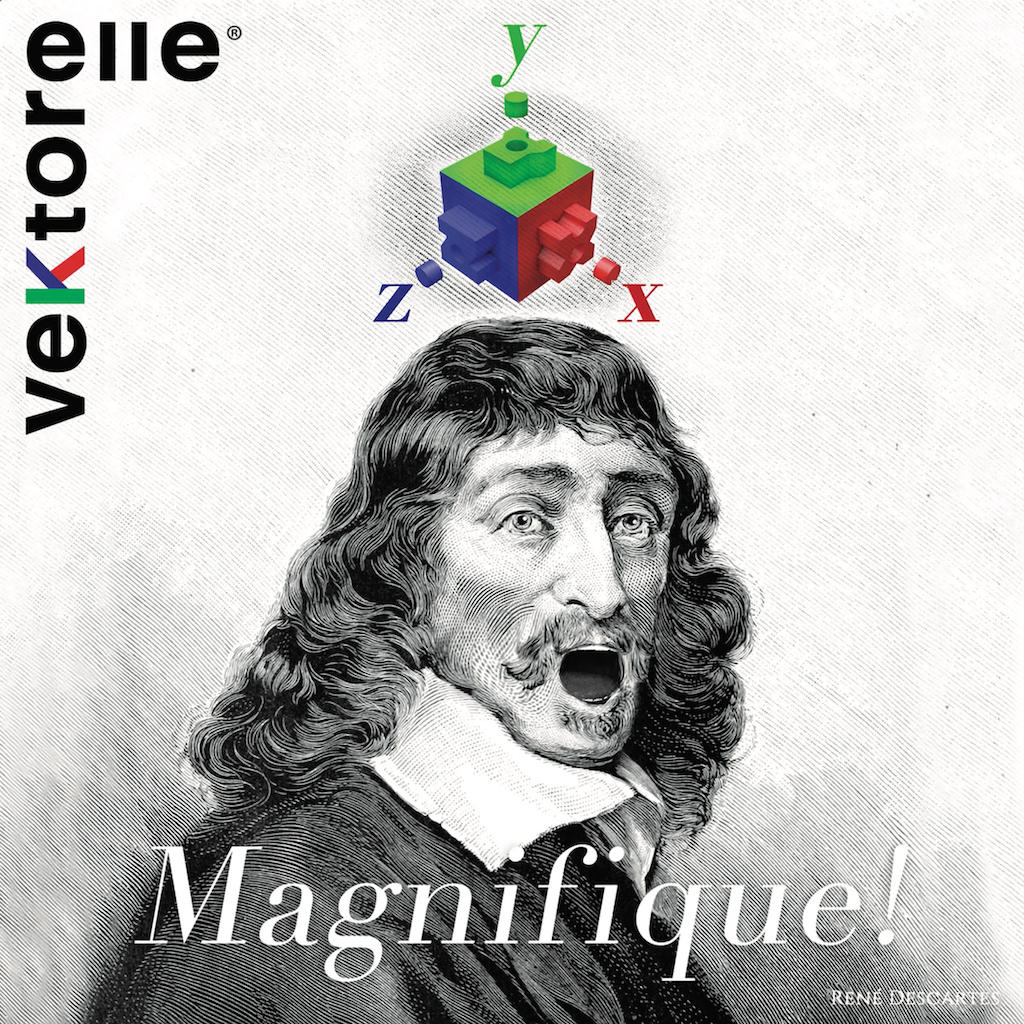 Embedding the Cartesian Space Principles in a Smile. It is now well established that the negative emotions the child experiences for not understanding a mathematical topic mark their emotional memory associated with that topic. Vektorelle® is a new game based on an inclusive learning method for K12. 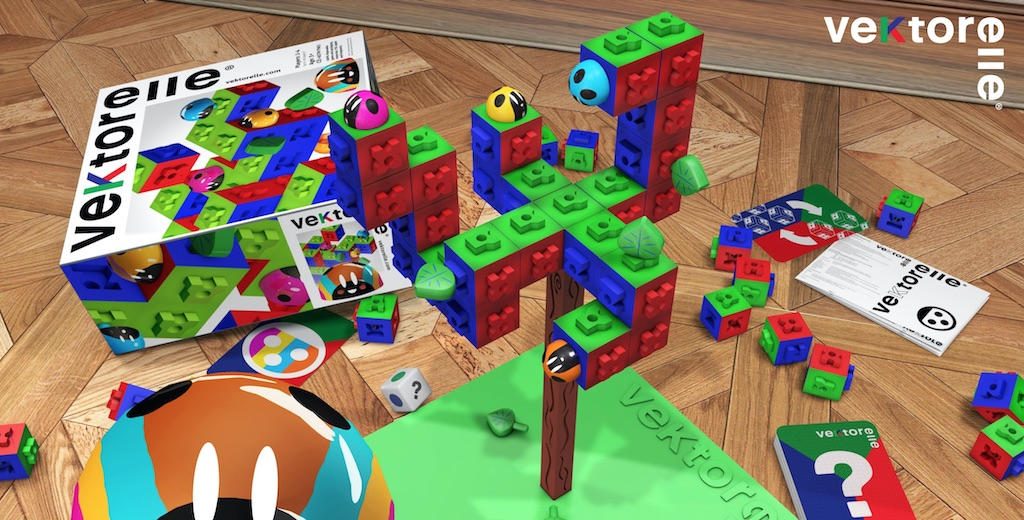 Stefano and Eleonora Vuga -brother and sister, designer and teacher plus an extended team of advisors and friends from Barcelona, Cambridge and Milan- have been investigating which tangible and accessible tools prevent the development of a pathological allergy to a fundamental concept as it is the Cartesian space, seeking for kid-friendly gates to the subject. When fear and pain for not understanding traces an escape pattern from this topic at a young age the child’s ability to relate to all its didactic applications can be seriously jeopardized, marking (when not identified) the school career and sub-sequent attitudes towards all the fields of the theoretical and practical application of it. 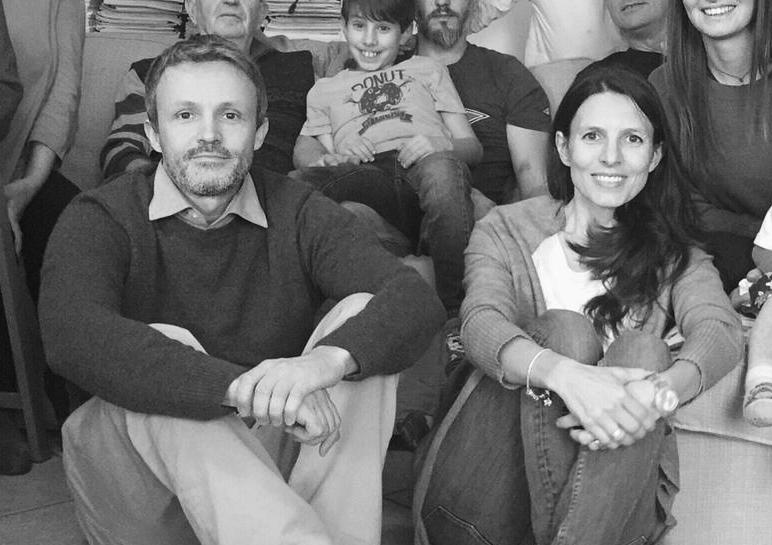 The elementary approach in explaining the Cartesian space principles to the children remains mainly linked to traditional visualization models of three-dimensional images on two-dimensional space, e.g., paper, blackboard, and screens. Only recently, augmented reality has been used as a teaching aid for visualizing objects in the actual three-dimensional space. Those systems are suitable for children naturally predisposed to mathematical and/or visual-cognitive intelligence, who are not suffering from any visual impairment. This is a non-inclusive system of access to understanding such fundamental topic as the Cartesian space. A topic which is later essential to an extended comprehension of geometry, mathematics, representation of objects, and concepts. The research aimed to find and test a support system to complement the standard two-dimensional and visual-only approach and to guarantee a complete and consistent sensorial experience of the definition of the Cartesian space through physical, material, and modular forms. 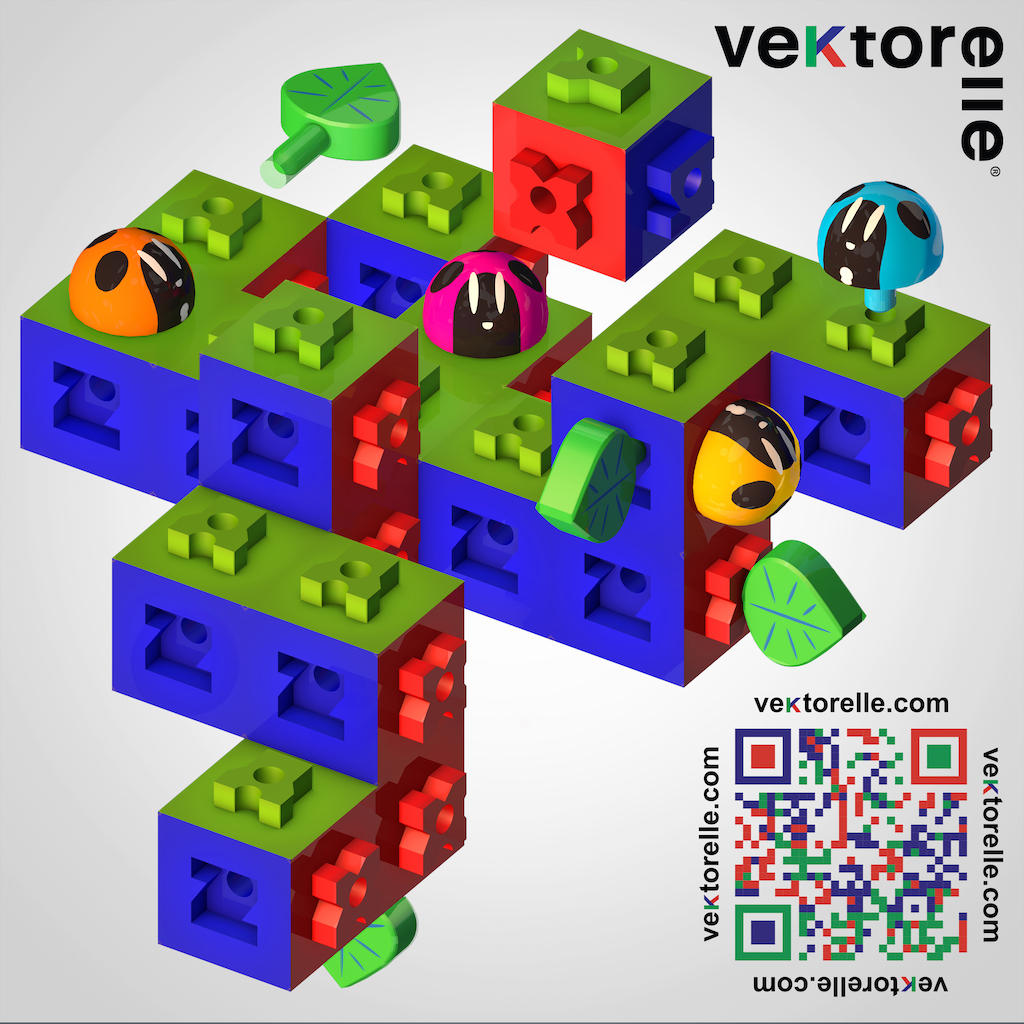 “We sought to create a bond between the concept and its real representation. This system should be extended to different ages of development and types of intelligence and backgrounds, transversal to environments and contexts of usage, in the family or at school, also for visually impaired children” said Stefano Vuga. The developed tools provide the child with an early and positive emotional bond, prior to any traditional scholastic approach, with the fundamental principles of the Cartesian space through methods such as free play, trial and error, experimentation and share of the emotions while engaging in cooperative activities.

The goal of “Vektorelle Learn&Play” isn’t to force kids into complex operations, but to help them create a positive first memory with the topic; stimulating their minds by sharing unexpected and amazing questions with other kids, educators, and family.

Vektorelle® redefines the board-game. Get your Ladybug and start your “Vektorelle” classic match! Move the checkers not just on a two-dimensional flat piece of cardboard, but on an actually growing and floating 3D scenario. Move backwards and forwards, left and right, up and down! Build-in your own way, challenging the force of gravity. Be careful not to get crossed by another player or you’ll be out of the game!

It is a sustainable game: since recycling is good but using 100% biocompatible materials are even better, they are constantly evaluating a switch to this solution working hard to find a material supplier and manufacturer able to furnish our technical and budget needs. Certified papers 100% FSC from well-managed forests and certified material sources. Research into recycled-and-recyclable paper and plastic sources. Plastic components are also confirmed to be from recycled materials.

Vektorelle® is for all ages and in Soirée4D version has more complex rules and captivating design. “One of our goals is to transform the way kids perceive maths and geometry,” said Eleonora Vuga. “So, we work with teachers and educators to keep those aspects as consistent as we can, perfecting the game across methods and countries.” 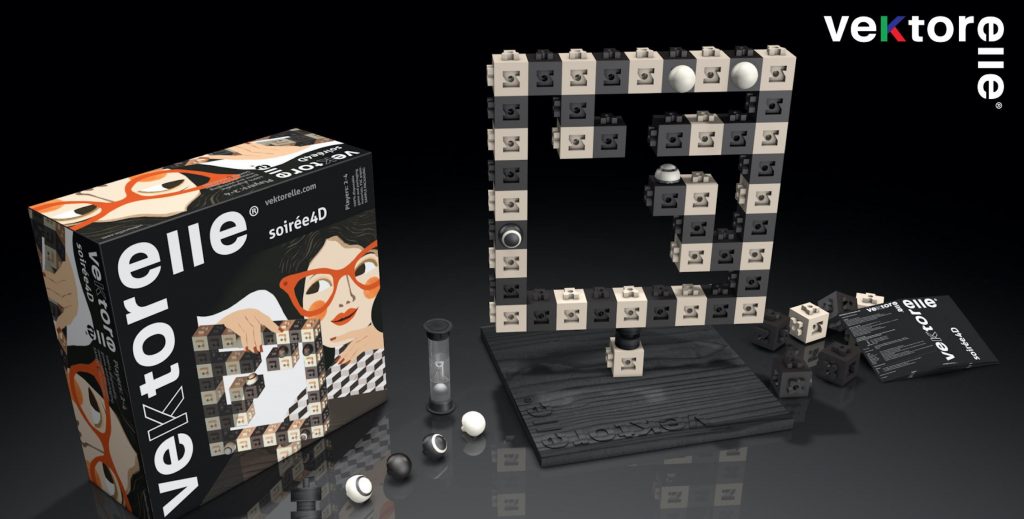 Presented from October 24th to 27th 2019 at Spiel in Essen, the important international fair dedicated to games and toys, Vektorelle® is supported by a crowdfunding campaign on Kickstarter, although Vuga brothers have A1000Castles brand, created for books, apps, and gaming with their company PURPLEPRINT Creative SL, an independent creative agency established in 2008.

The registration for the presale of the first and limited Vektorelle’s production is now open:https://vektorelle.com/spiel-essen