SMALL MAGICAL OBJECTS AND THE MYSTERY OF BEAUTY

The delicacy is the philosophy behind the small objects designed by Mario Trimarchi for Deborah Milano. 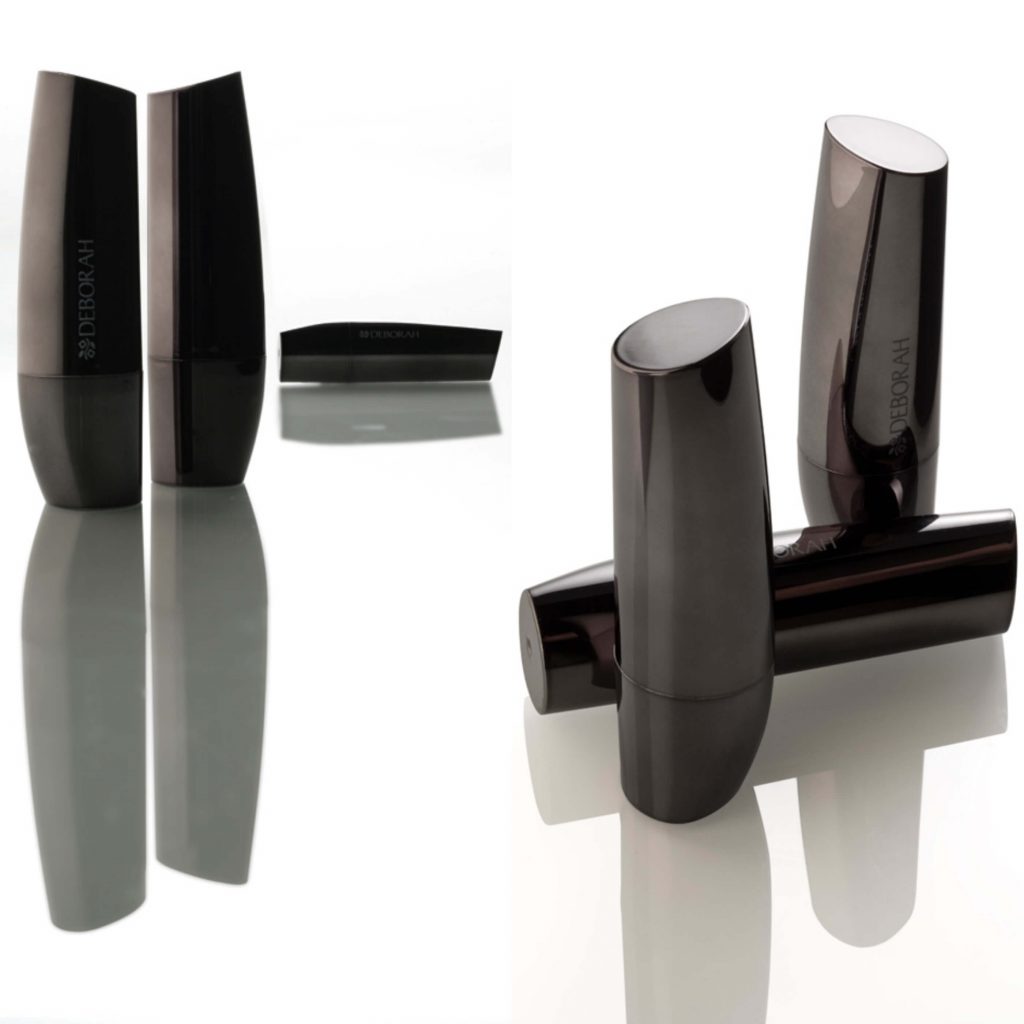 “When I start designing a make-up product, I always think about how it will be used: open or unscrewed, expertly applied on the lips, on the skin, around the eyes. And then it will be closed, put away in a purse or in a pocket, sometimes with timeless rituals, sometimes in the car or on the subway. Everyday. Indeed, several times a day.” says Mario Trimarchi. 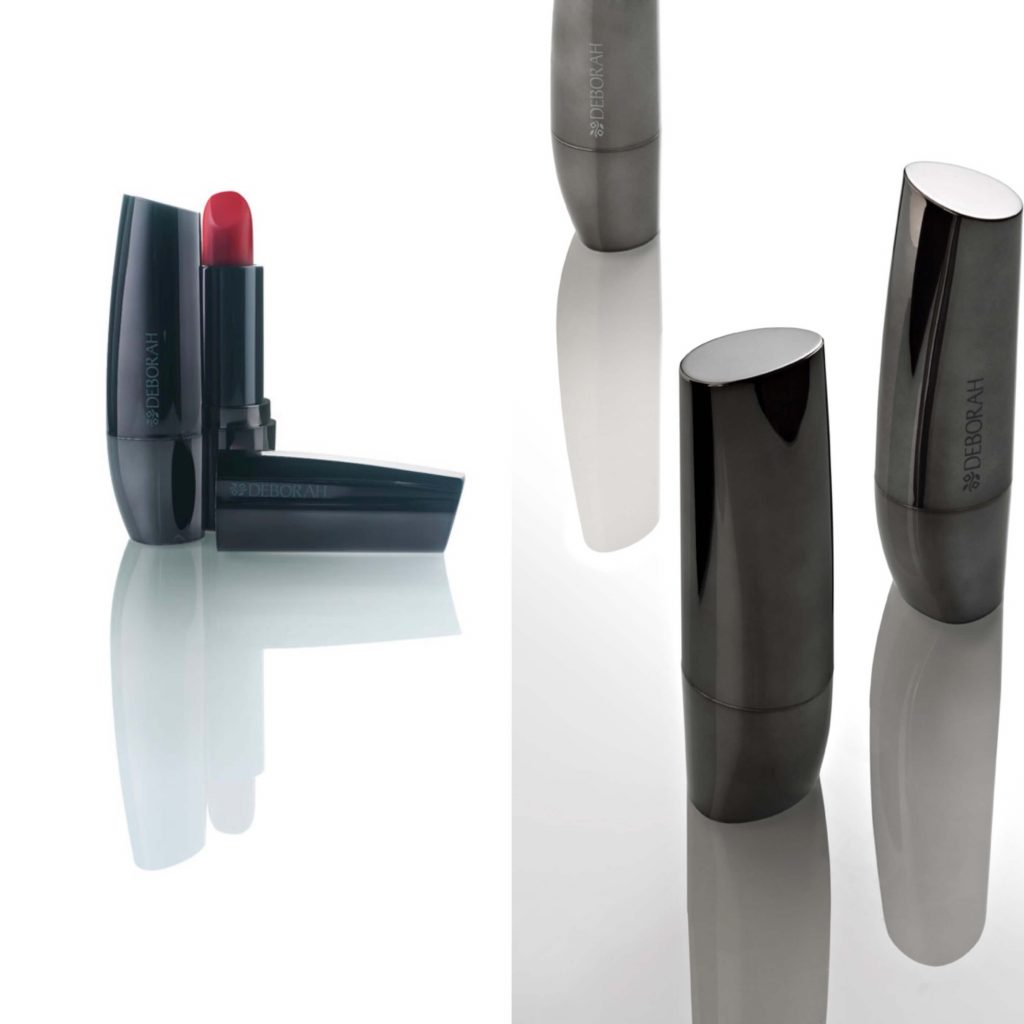 The fingers that will touch it will be fingers of women who already believe themselves beautiful, or who would like to become beautiful. Tapered fingers, which move quickly around these small objects, so expertly that they can recognize them even in the dark. 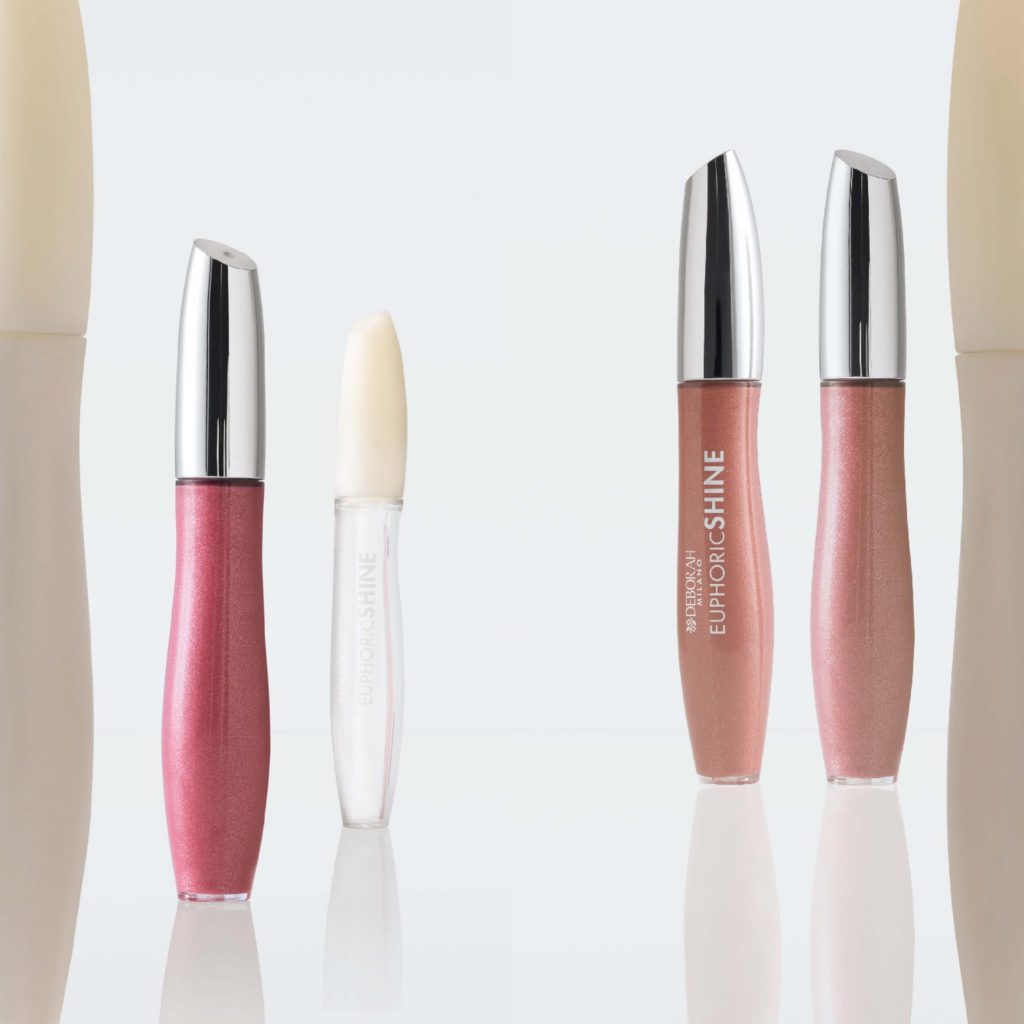 For this reason, also in cosmetic product design, Mario Trimarchi has always created beautiful object to caress, to touch, to travel on all their shiny and precious surface. 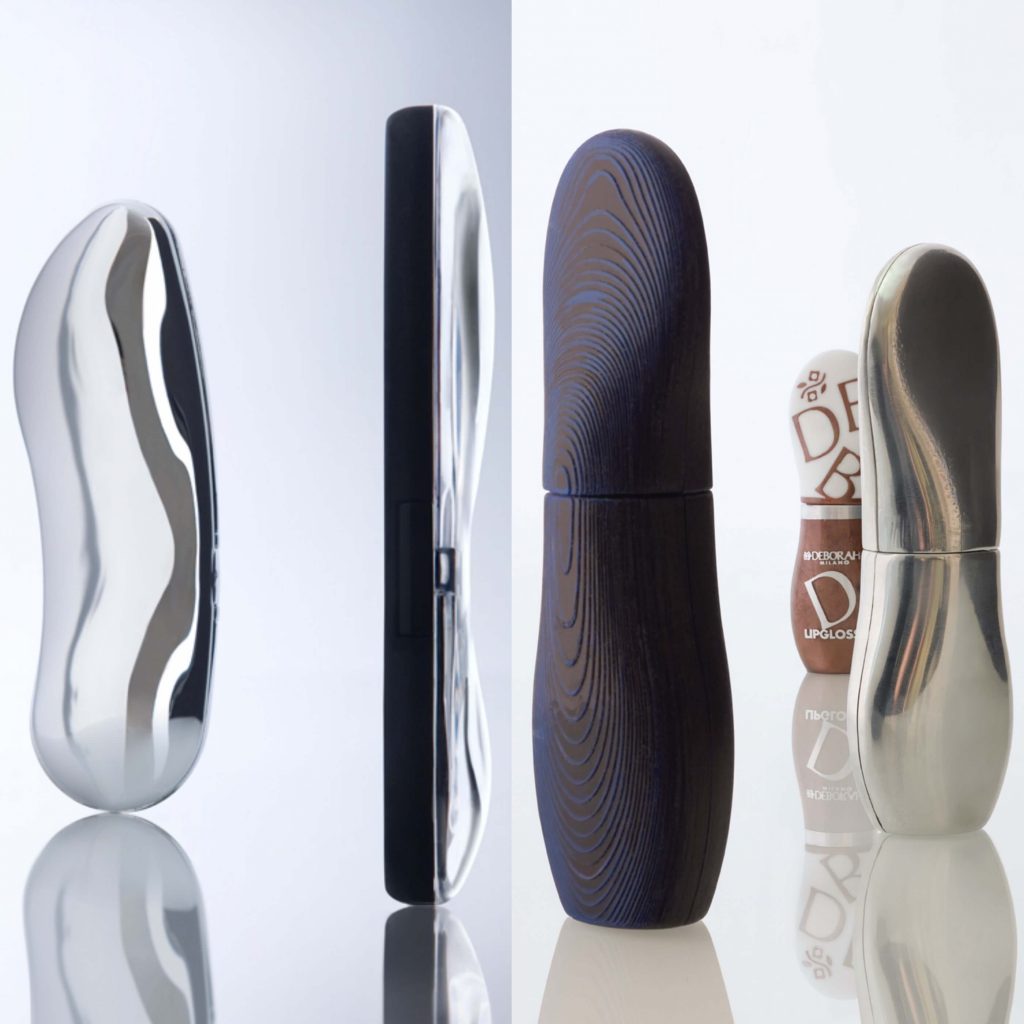 Objects with shapes that change along the perimeter, which are never perfect cylinders or perfect circles: most of them are stones, flat or elongated, some smooth or solid, other curved and elusive. 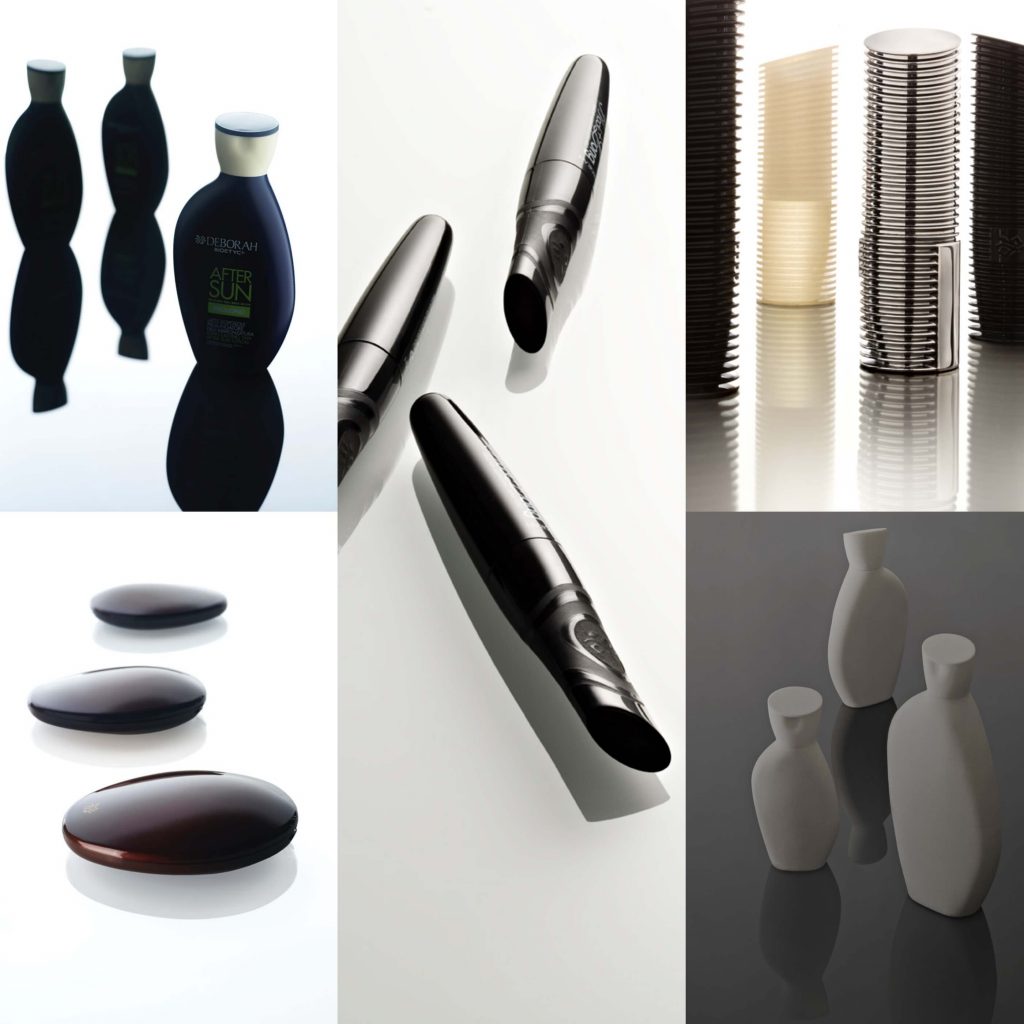 However, they are objects that must enjoy the light that strikes them and makes them change their appearance at every angle. 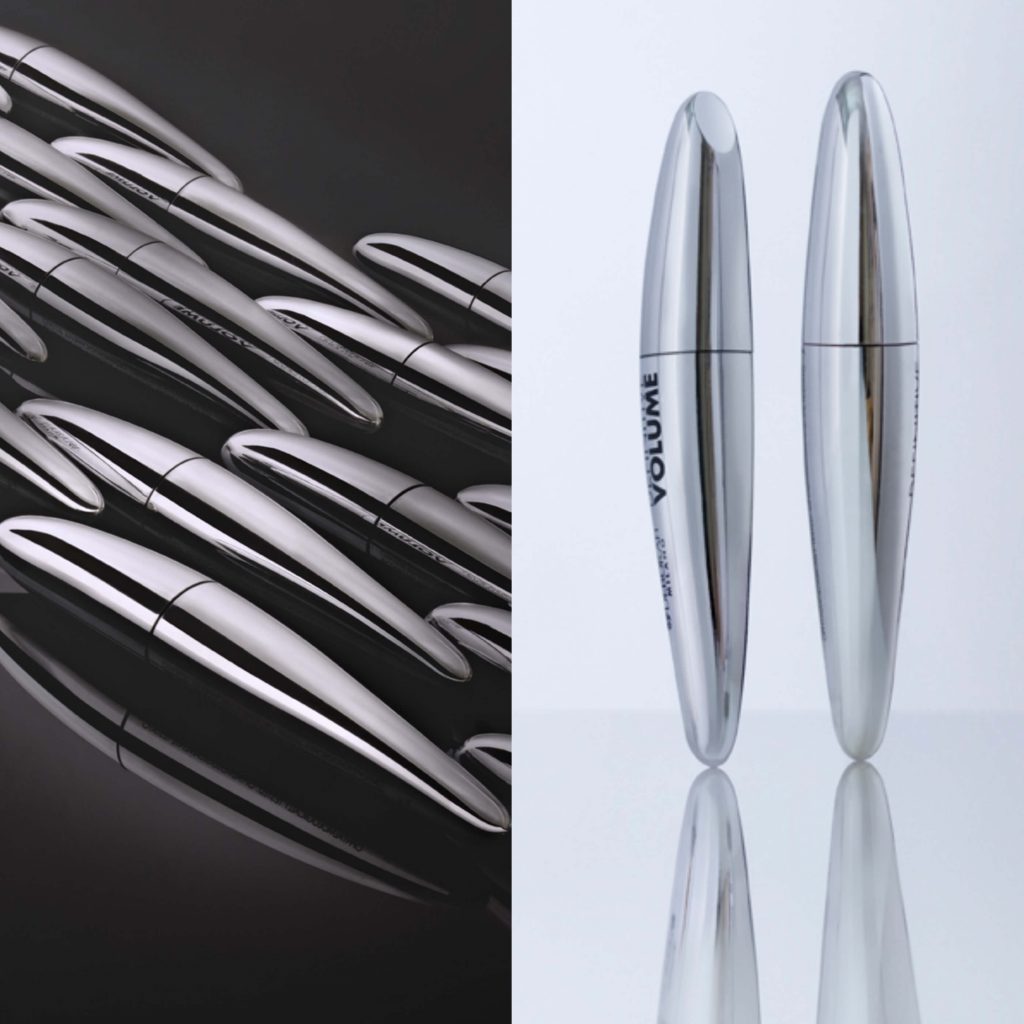 Small magical objects, ready for the wisdom of women who manage to confront the mystery of beauty. 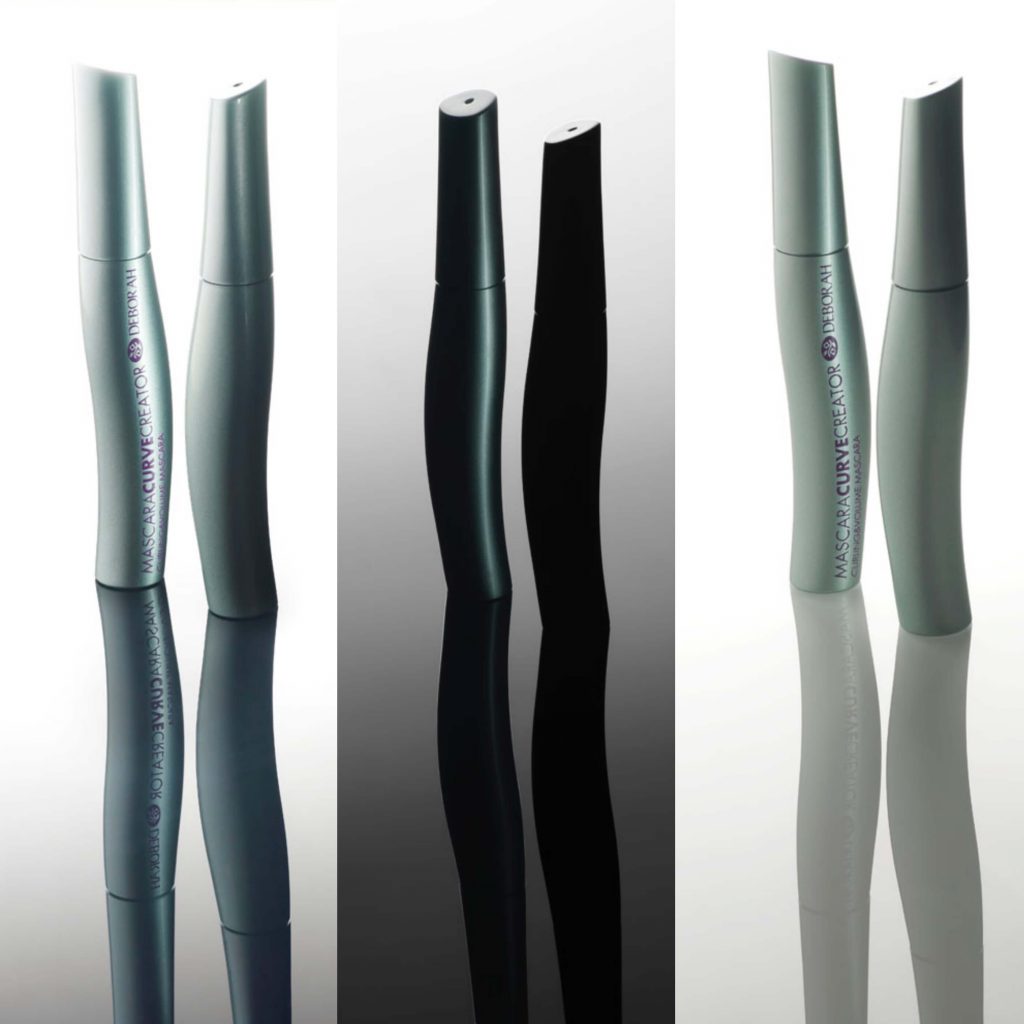 Born in Messina, Mario Trimarchi graduated in Architecture with Franco Purini, with whom he collaborated on some projects in Sicily. In the 1980s he moved to Milan, where he lives and works. In the early 1990s, he was the director of the Master in Design at the Domus Academy and later headed the DDA, a joint venture between the Domus Academy and Mitsubishi, alternating long business trips to Japan with conferences, lectures and workshops in various countries throughout the world.

In 1999 he founded Fragile, a corporate identity studio, where, in parallel with strategic positioning and communication projects for companies and institutions, he continued his personal research on design. For nearly ten years he was part of the Olivetti Design Studio, where he designed, along with Michele De Lucchi, personal computers and cash dispensers. During the same period, he studied how to give a domestic touch to technological innovation, creating concept designs and products for Philips, Siemens and Matsushita Denku.

From 2005 to 2015 he taught Corporate Identity at the University of Genoa and since 2013 teaches the Brand Design Course as part of the Product Design specialist degree at the Naba in Milan.

Since 2016 he is the Design Advisor for the Korea Craft & Design Foundation. His objects too are created from the aesthetic experiments that distinguish his work; objects that are centred on the relationship between unstable geometries and sculpture and almost always accompanied by drawings and small illustrated stories. He designs for Alessi with a certain continuity, creating unexpected products, including baskets and trays La Stanza dello Scirocco (Good Design 2010), the silicone drum series and copper moulds Il Tempo della Festa (Design Plus 2013 and Mention of Honor at the XXIII ADI Gold Compass).

In 2014 he designed the Ossidiana coffee maker winning the prestigious XXIV ADI Gold Compass Award, the Red Dot Award, the International Design Award Silver and the brand DfA-Quality Design for All. Between 2015 and 2016, he self-produced the Oggetti Smarriti and Strawberry Fields Forever collections, boundary works on the future of new, unstable, but optimistic domestic objects.

In 2017 he presented Swan, a technological high-performance sculptured faucet, developed for Hansa and Alessi [Good Design 2017]. In the same year, he designed a line of printed fabrics for a capsule collection made in Orange Fiber for Salvatore Ferragamo.

For De Castelli, in 2018 he designed Samotracia, a motorcycle in copper that slowly oxidises and shifts its colour towards green, over the span of one century, offering an interpretation of the aesthetic of speed and above all reflections on the flow of time and the life of our objects. In June 2019 the first solo show by Mario Trimarchi at the Italian Cultural Institute in Paris was opened, with the title ‘Mario Trimarchi. Un Romantique radical. Réflexions, dessins et objets en équilibre‘, presenting a poetic narrative in 26 original drawings, objects and prototypes. Also in June, during Barcelona Design Week, the Italian Cultural Institute in Barcelona organized the exhibition of Mario Trimarchi’s drawings, titled ‘Transitions: the search for the boundary between useful and useless‘. 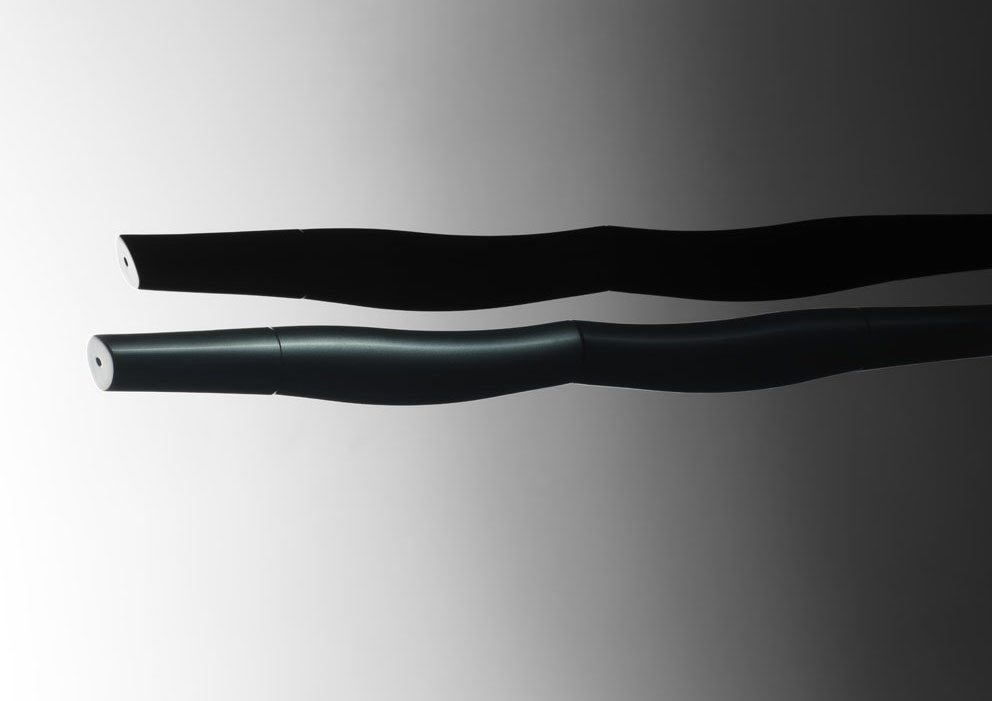