Disney has partnered with Fermob to design a collection to mark Mickey Mouse’s 90th birthday – a partnership that is self-evident and magical in equal measure. Self-evident because the world’s most famous mouse and the French outdoor furniture brand have two things in common – a taste for joie de vivre and a passion for colour. Mickey Mouse set off to conquer the world, armed with his cheeky character and exuding joie de vivre. Fermob shares that self-same adventurous spirit and sense of fun.

“We also share a passion for colour. We’ve all seen that famous image of Walt Disney putting crayon to paper and giving life to characters that would go on to enchant entire generations the world over. And at Fermob, we were the inventor of colour in the garden, breaking with conventional green and white furniture.” stated Bernard Reybier Fermob’s CEO.

The coming-together was made possible by designer Terence Conran, one of Fermob’s designers. the brief was simple: design a chair and release it to coincide with the 90th birthday of the world’s most famous mouse. The partnership also proved to be the perfect match when it came to values and image, too.

Mickey Mouse is a timeless character recognised by an incredible 98% of people around the world. He has been making his mark on hearts and minds for 90 years. That same magical world is where Fermob draws its inspiration from, creating items of furniture that aren’t just functional pieces – they serve a social purpose, forging bonds of friendship.

Mickey Mouse is the world’s number-one licensed character. Alongside a host of figurines and illustrations, the mouse has been represented in abstract form by many different artists.

Mickey Mouse has long been a source of inspiration for the arts, fashion and publishing, and has even become something of a pop culture icon. Such is his evocative power that simply seeing the three perfect circles brings him immediately to mind.

“We used the world-famous Mickey Mouse logo as our starting point, quickly realising that it was made up of just three circles,” adds Eric Bibard, Head of Fermob’s Design Studio. “We took that concept and applied it to a whole range of different Fermob products, putting together a sketchbook packed with ideas.”

At that point in time, the team had an open mind, considering every item in Fermob’s product range – from furniture to accessories and lighting. But the creative concept was set in stone from the outset: to design something figurative rather than simply reproducing Mickey Mouse. 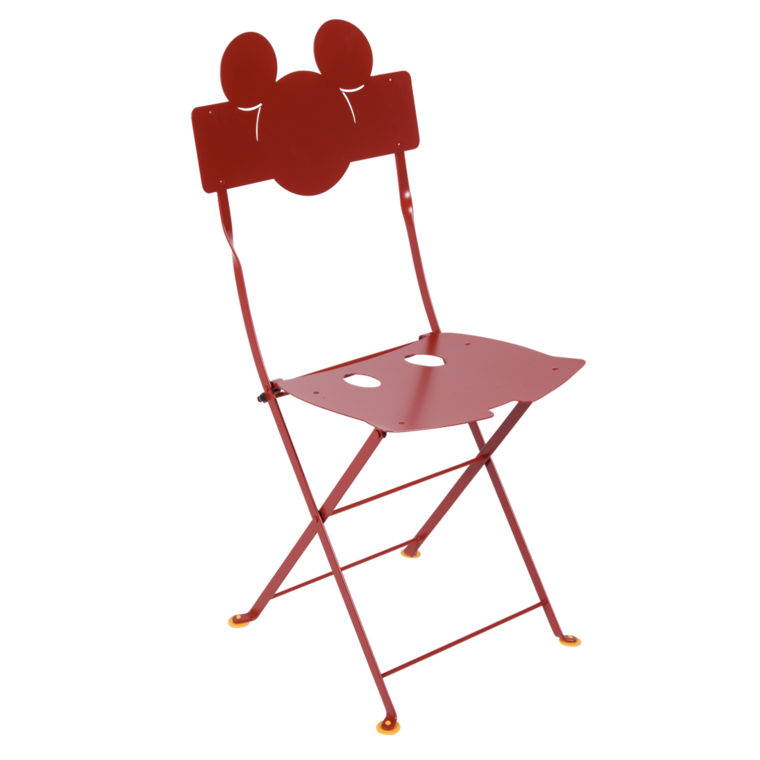 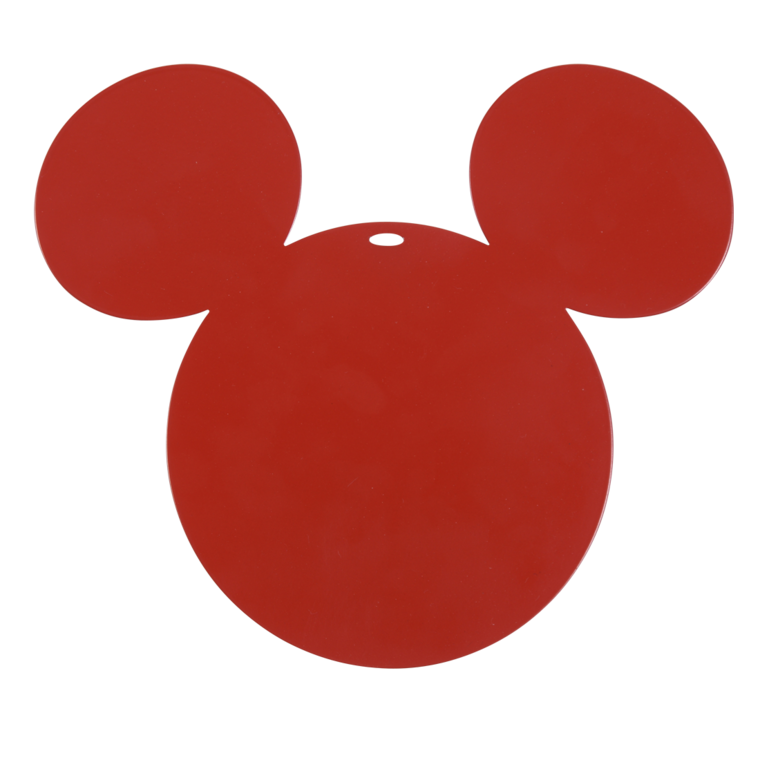 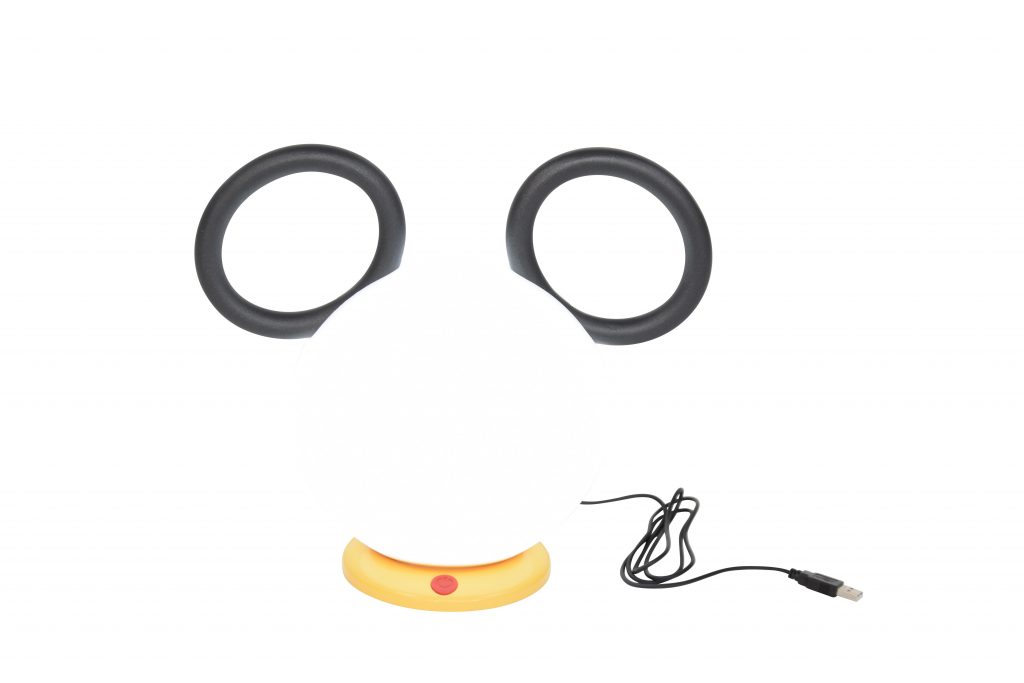 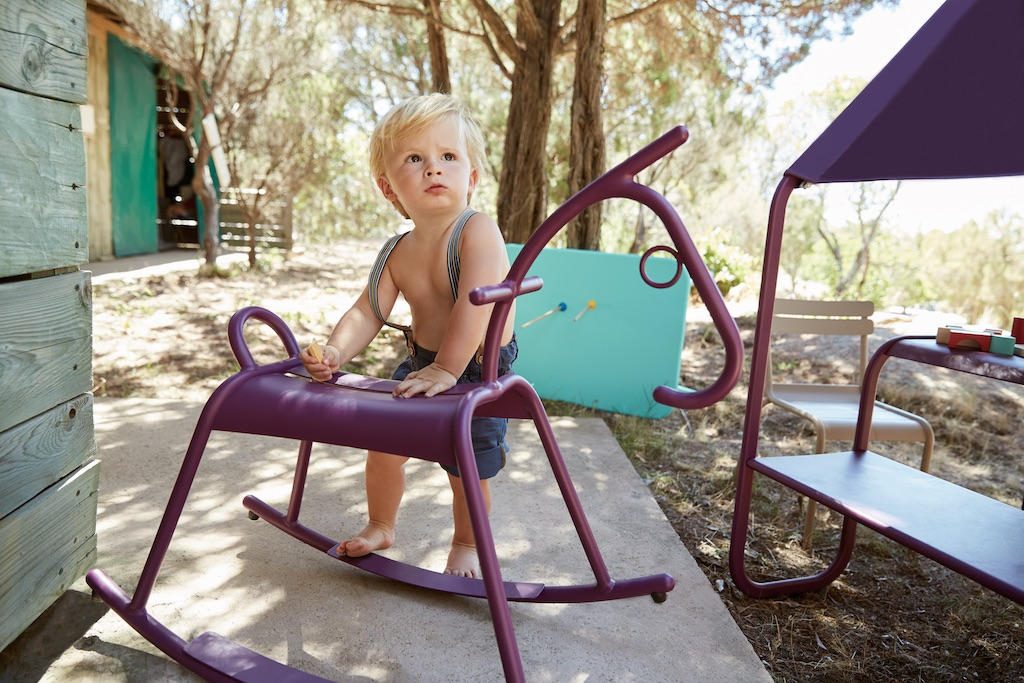 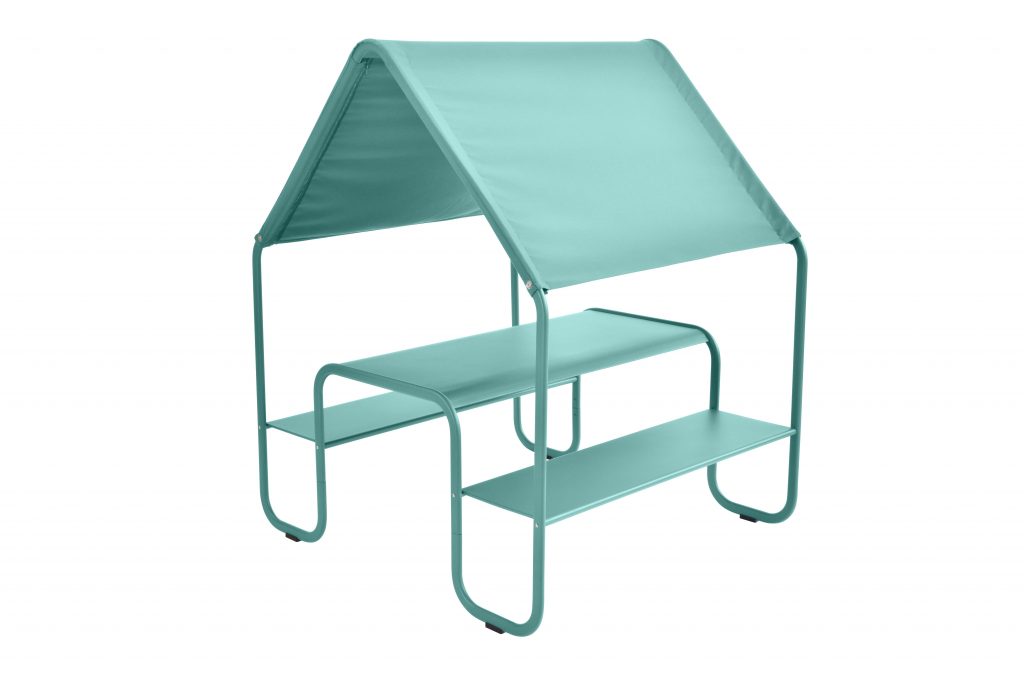