ELECTRIC GREEN. A TRIBUTE TO NATURE AND ITS BEAUTY. A GIFT FOR THE CITY.

Light installation Electric Green designed and managed by Mayice on the Caixa Forum’s green wall is a project for MINI, promoted by La Fábrica and the Madrid Design Festival, that makes us reflect on nature and the importance of urban forests in cities. A healthy natural environment contributes to healthier and more sustainable cities. The scientific world has recently determined that humans are primitive beings and that we need to spend at least a few hours a week surrounded by nature and trees. Right now, a high percentage of people living in cities don’t meet this minimum requirement. We spend more time with technology than we do with nature.

From January 29 to February 16, Caixa Forum’s vertical forest came alive everyday between 19:00 and 23:00. An immersive relaxing experience that makes us reflect on nature, its beauty and the need for its protection. The energy of this place and the installation itself, created a light show in dialogue with nature, involving the least possible materials and energy use.

A video-art piece based on animated lights that travel and dress, accompanied by forest sounds, Patrick Blanc’s vertical green wall adjacent to the Caixa Forum building, designed by architects Herzog & De Meuron. The wall’s own multi-species pattern comes alive through an animated photograph taken on a sunny day in December.

The arrival of the electric MINI to the city helps reduce CO2 emissions and noise pollution, thus contributing to the protection of nature and enabling healthier cities. During the day, the electric MINI recharges with clean energy, so that during the night it can project moving lights that move around the Caixa Forum’s green wall. 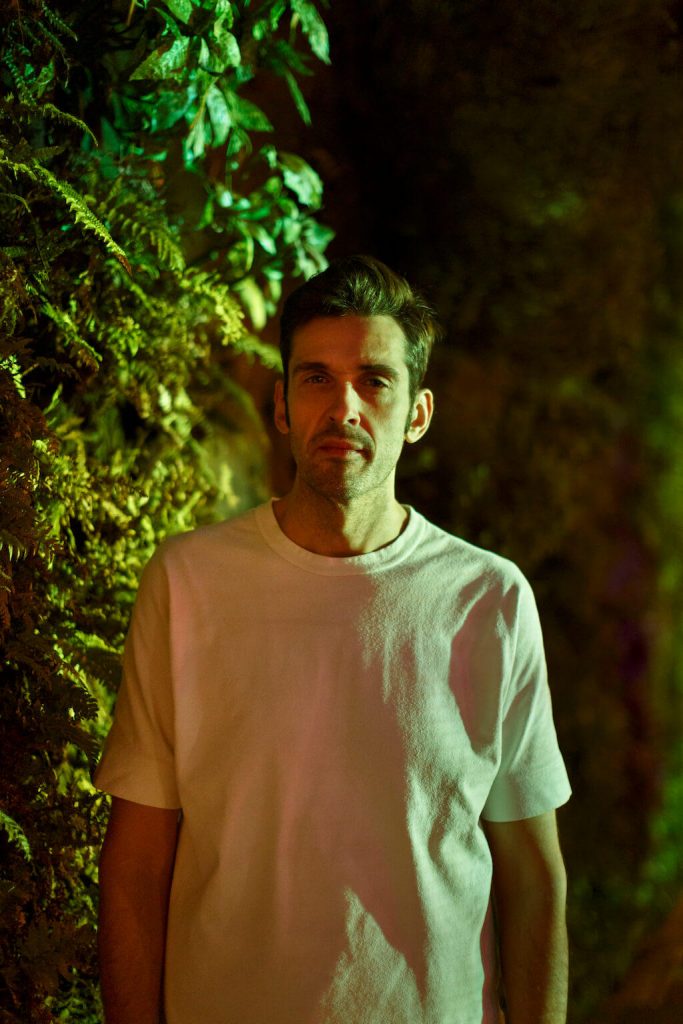 MINI and La Fábrica wanted Mayice, under the management of Marta Alonso Yebra and Imanol Calderón Elósegui, to create and build the project. Their work with spaces and objects follow a simple minimalist line, highlighting the dialogue between crafts and technology and respect for materials.

“We believe architecture does not consist of the walls, roof and floors, yet rather, the air within, space, the experience...” quoting the master Frank Loyd Wright. “Nature needs our care and protection. Its resources are limited and day-to-day energy use is high. That’s why we’re all working together to make this planet more sustainable” stated Marta and Imanol.

During the day, the electric MINI emit nature sounds and appear next to the green wall enveloped in forest branches, as though it were a piece of land-art. From seven in the afternoon until eleven at night the lights in the street and in Caixa Forum turned off for the light show on the green wall to begin, achieving a hypnotic effect.

For three hours, the square was illuminated by the large projection lamp on the green wall in a dreamlike atmosphere with lights that move like insects in nature. Visitors were hypnotised, their faces transmitted peace.

In Mayice Studio, they work globally with their clients, as a collective. Sharing and respecting the soul of materials. 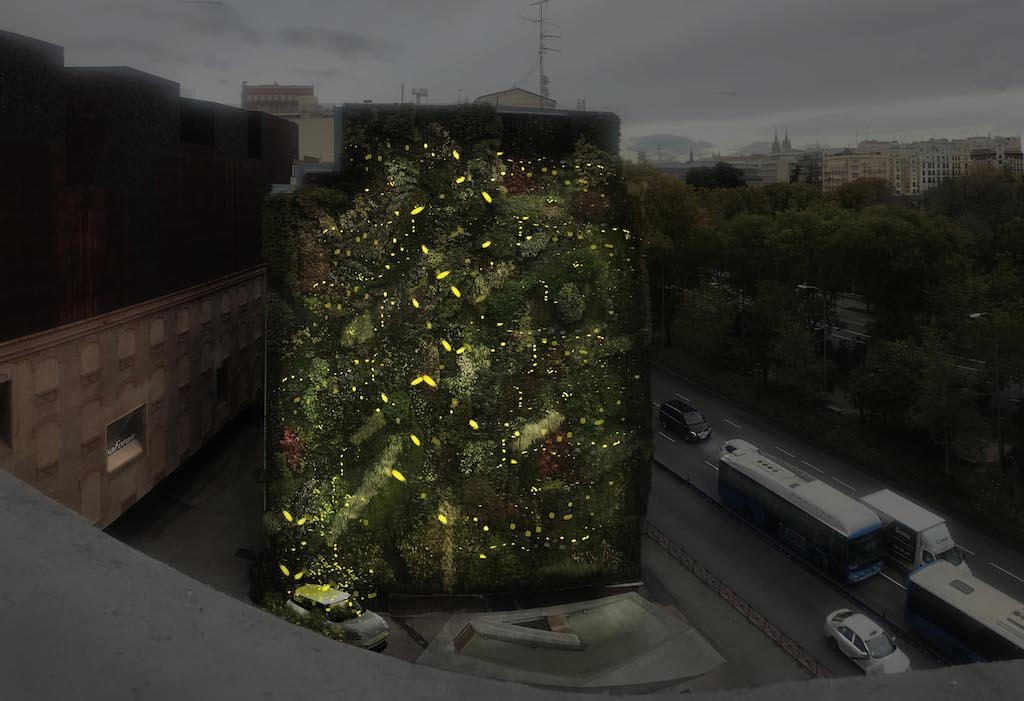