GIARDINO GEOMETRICO: THE MAGIC GARDEN IN THE HEART OF BRERA 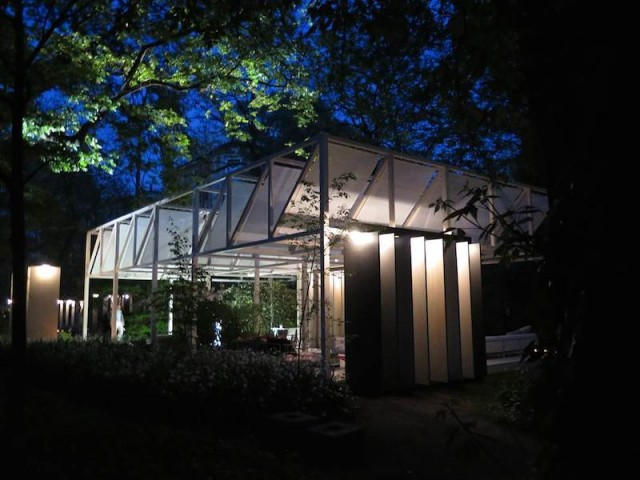 If you are walking through Brera for the events of Fuorisalone, you must drop by Via Fiori Oscuri, take the small path behind the Fine Arts School and reach the Orto Botanico, surely one of the most charming and magical places in Milan; it owes its charme to ancient trees, an infinite amount of vegetal species and little paths.  In such a lovely location Living Divani has placed its Giardino Geometrico, in partnership with Interni Magazine and designed by Piero Lissoni: an en-plein-air route in the luxuriant nature, that invites to relax and meditation. Surfaces resembling stone, onyx or marble have been placed in the garden: panels split the visitor’s point of view, creating a succession of fullness and emptiness, of lights and shadows; a sort of wicked labyrinth, whose paths lead to a white, ethereal pavilion, i.e. a leisure area furnished with Living items, including both evergreens and new products. Such as the essential Poncho, the light and minimal armchair already at its 20th anniversary, or the Filo Outdoor sofa, suspended on a steel structure. Giardino Geometrico will be open until April 10th, from 10 a.m. to 8 p.m.