On the occasion of the second edition of the Italian Design Day, the Italian designer Luca Hugo Brucculeri presents in Barcelona – in the headquarter of IED until 9 March in the context of the exhibition Naturalmente, Creativi – his first collection of objects with an ephemeral food installation. The Mediterranean Tools is a collection designed to create, through a ritual called “return to the origins”, a multisensory experience around Mediterranean food and in particular Sicilian cuisine.

The collection consists of an oregano tool, a cheese stick, a gold spoon and an irregular plate and it is also the first collection of ephemeral objects, which starts a series of objects that want to investigate ephemeral phenomena such as eating, emotions, atmospheric agents and the processes of nature.

Although for the short time of use in the events, the objects have been developed with high attention to detail and strong aesthetic and social value. They minimize the environmental impact, each piece uses waste materials or reuses other existing objects. They can be assembled post-events to reuse materials and combine functionality.

Luca Hugo Brucculeri defines himself as an Ephemeral Designer. His way of working is characterized by a poetic, ironic and fresh language capable of generating strong emotions. Candidate in 2015 for the “Compasso d’Oro”, the oldest and the most authoritative world design award, he collaborates with different companies and luxury brand firms such as Hermès, Stella McCartney, Calvin Klein.

The “Mediterranean tools” have been developed within the design experience project for the events of the II Week of Italian Cuisine in the World held from the 18th to 26th of November in Barcelona and promoted by Consolato Generale d’Italia in Barcelona and Istituto Italiano di Cultura, in collaboration with Camera di Commercio Italiana.

This tool, realized with scrap brass bar, oregano, blue silk thread, is born from an ancient gesture of the Sicilian grandmothers. It serves to spread the olive oil on the bread and at the same time aromatize it.

This tool in scrap brass wire reinvents the toothpick and was used for the tasting of the cheese. The twisted upper part was already present on the top of the wire and in this new configuration takes a decorative function that makes it look like a vine tendrils.

The classic wooden kitchen spoon adopts a new configuration and is loaded with a new aesthetic sense thanks to the combination of materials – wooden spoon, blue silk thread – and the ennoblement provided by the golden brass bar.

In this series of plates, irregular pieces of brass sheet cuttings are reused. Each dish has a different shape and capacity to contain food. 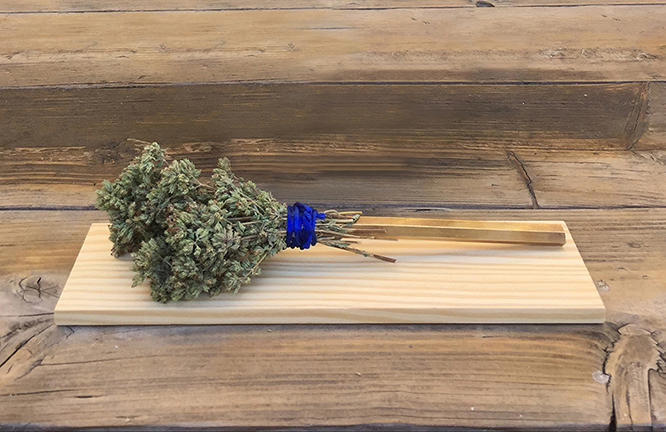 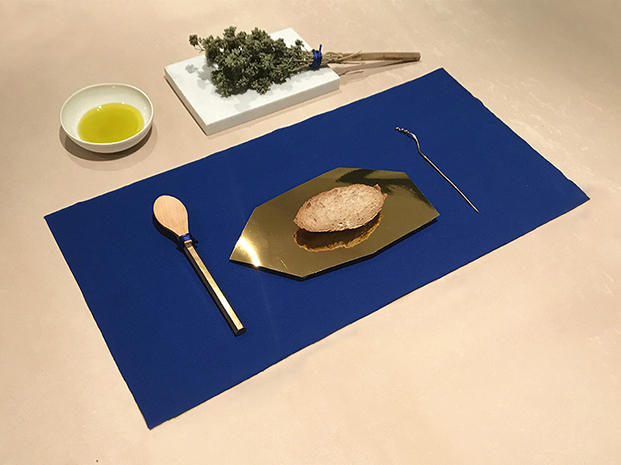 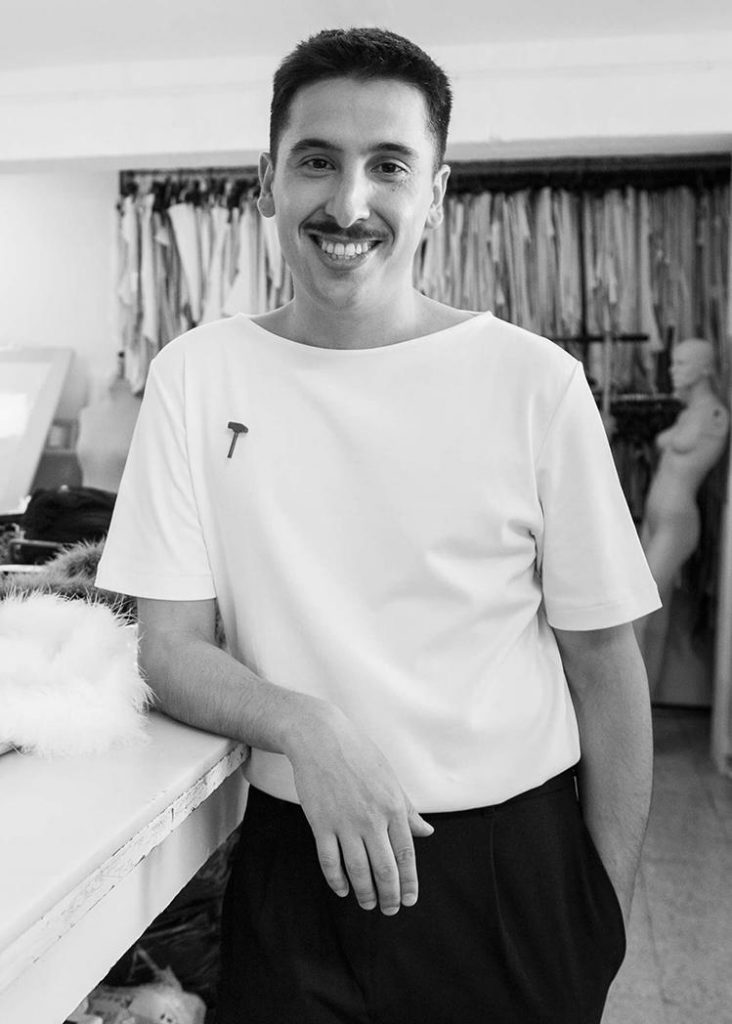