Students from the Undergraduate Degree in Fashion Design and the BA (Hons) in Fashion Design have presented their final course collections at a fashion show organized by IED Barcelona Design University at Barcelona Design Hub on June 21st. The result is the product of significant dedication by the students and reflects the demanding criteria and skill of IED Barcelona’s teaching team guiding them through the process. The students were lucky enough to receive advice from professionals such as Pilar Pasamontes and Julia Weems IED’s Barcelona Fashion Directors, as well as guidance from Juan Salvadó, José Castro, Txell Miras, René Zamudio, Sebastián Pons and stylist Jaume Vidiella, who shared their wealth of knowledge to help bring these projects to fruition. 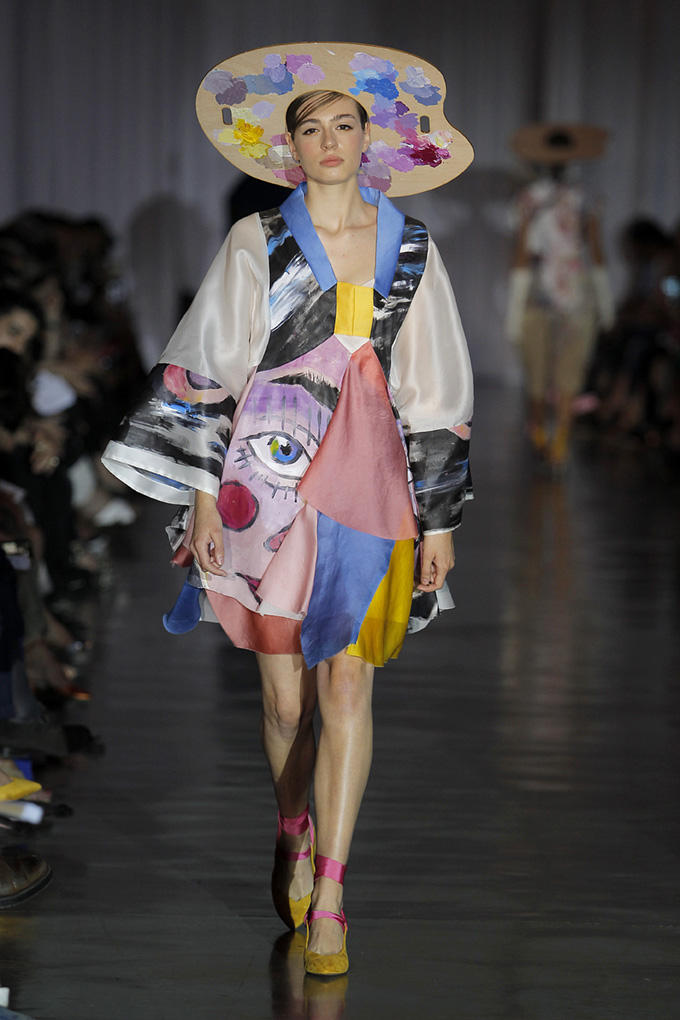 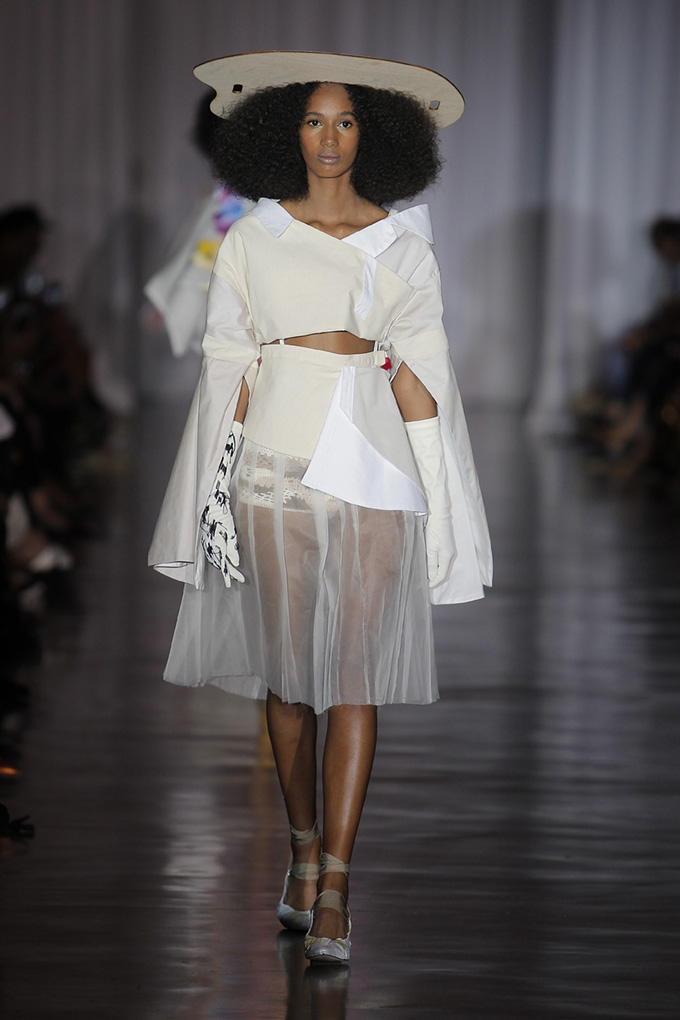 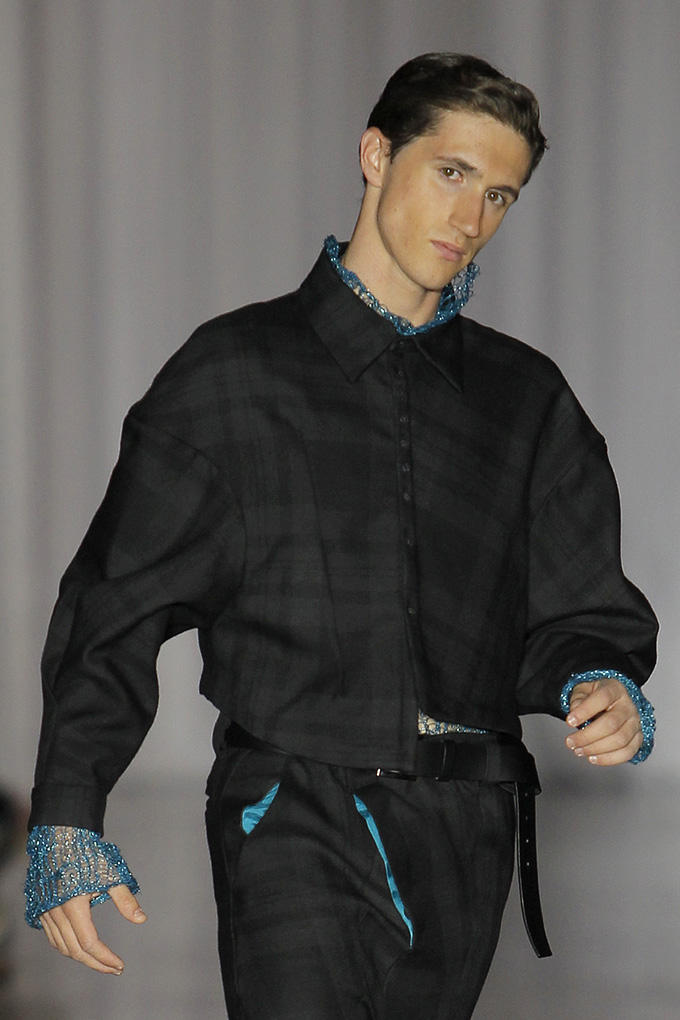 The “Man oTo” collection by Ines Monjo was chosen as the winner of the Franca Sozzani Best Collection prize by a prestigious international jury comprising Elisa Pervinca Bellini, Talent Editor for Vogue Italy, Francine Pairon, Fashion Consultant and Co-founder of La Cambre Mode and Director of FMI, Inmaculada Jiménez, Creative and Fashion Director of Elle Spain, and Belgian designer Jean-Paul Lespagnard. Student Ines Monjo from the Undergraduate Degree in Fashion Design was inspired by an eating disorder she suffered, producing six styles that represent the different moods she experienced due to this condition, as well as the mind-body relationship she lived until she found stability, masterfully playing with colour, texture and volume. The underlying theme throughout the collection are flowers and their bright colours, drawing a link between them and the various stages of her disorder. The collection takes us from a withered flower from want of water (anorexia) to an over-watered flower (bulimia), ending with a burst of colour and light when she overcame the condition. She has also succeeded in conveying the link between the mind and body over the years using contrasting volumes. With all this, Ines has created everything from fitted items that seem like a second skin to very oversized silhouettes, though always featuring feminine lines. 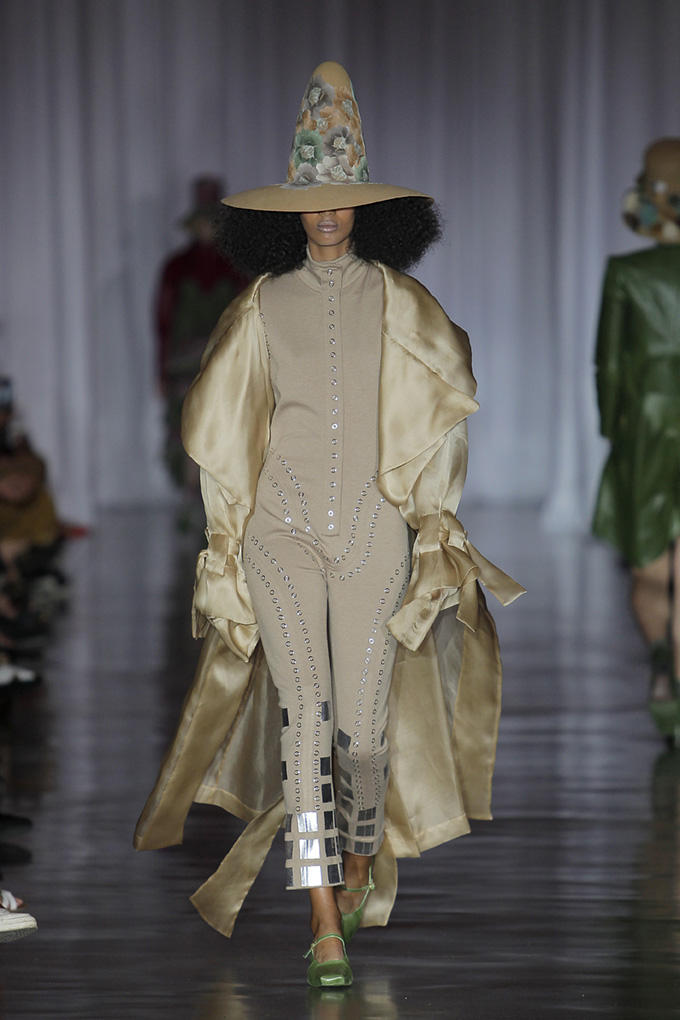 Two other special prizes were awarded in this edition: “SANTMERCAT” by Anna Masclans was the award-winning fashion film prized with the Isabel Coixet Best Fashion Film Prize by the acclaimed film director Isabel Coixet herself at the end of the show; and, for the very first time, the Manuel Outumuro Prize for Best Shooting, delivered personally by the prestigious photographer who has chosen two winning projects: one in the fashion design category and another for style. “Man oTo” by student Inés Monjo has claimed the prize for best shooting in the fashion design category, produced by The Red Light Studio, while the winner of the Best Shooting – Style award was student Berta Ricard from the Undergraduate Degree in Fashion Styling and Communication for her project “Kinopsia”. With the photographic work of Alexandra Cepeda, the project is reminiscent of the sad and mysterious atmosphere which lingers in a place that has recently been abandoned and deserted. As a more specific reference, it is a nod to the tsunami in Thailand in 2004, featuring elements such as rope, water and fishing nets to convey a feeling of tension, suffocation and anxiety.

“Fashioners of the World is a wide range of very eclectic outfits inspired by different cultures to symbolize the complexity of today’s social and relational fabric, as well as the official role of design as a universal interpretation of the 21st century’s many global identities,” explained Alessandro Manetti, Director General of IED Barcelona regarding all nineteen collections presented at the Design Hub. “Each one of these outfits is the outcome of hours of hard work in the School’s workshops, proving the technical mastery of these young designers, who along with their creativity have managed to develop innovative proposals, most of which tie in with very personal and original stories,” added the Director of IED. 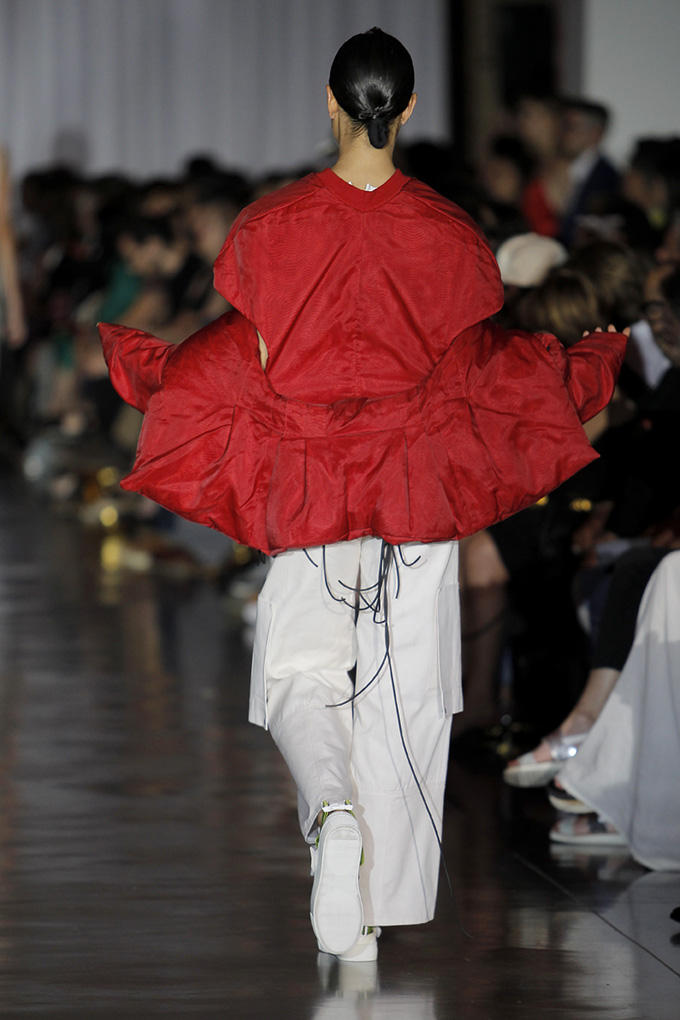 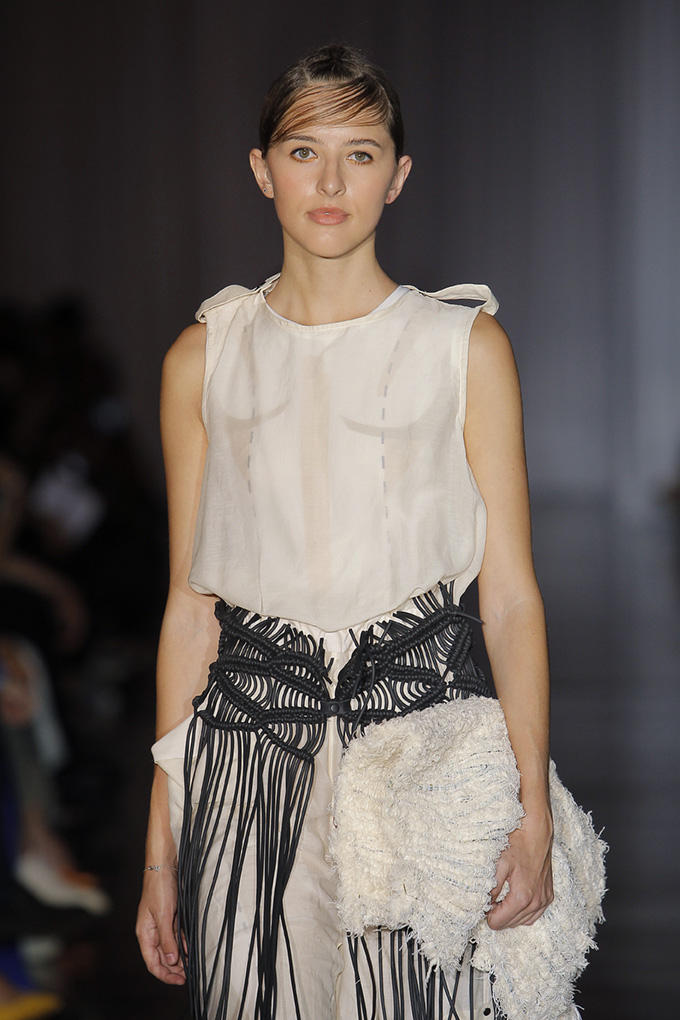 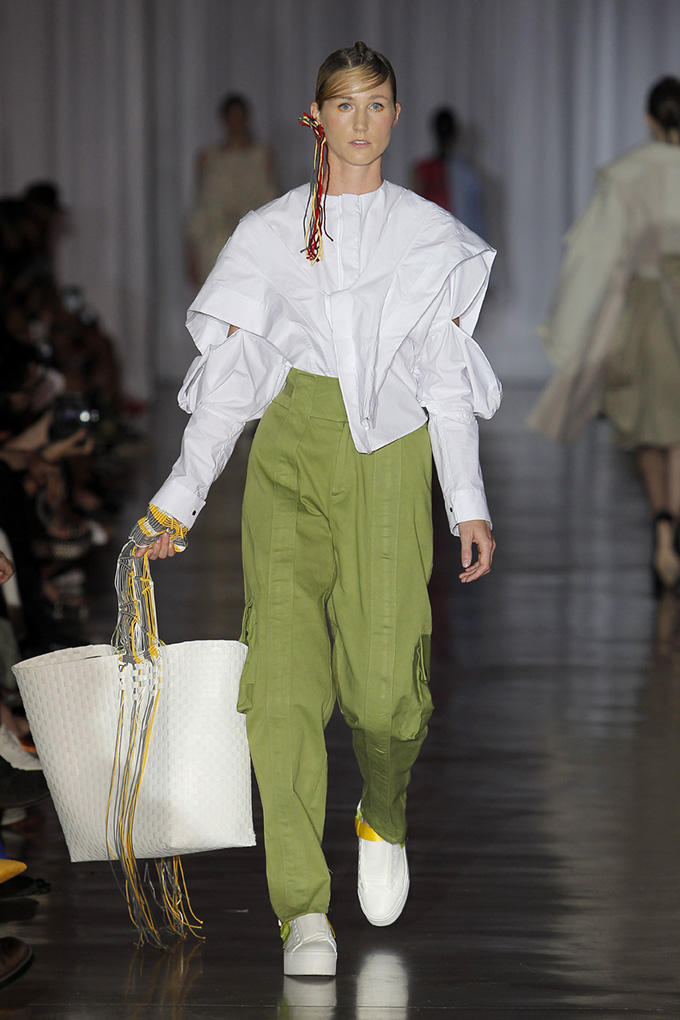 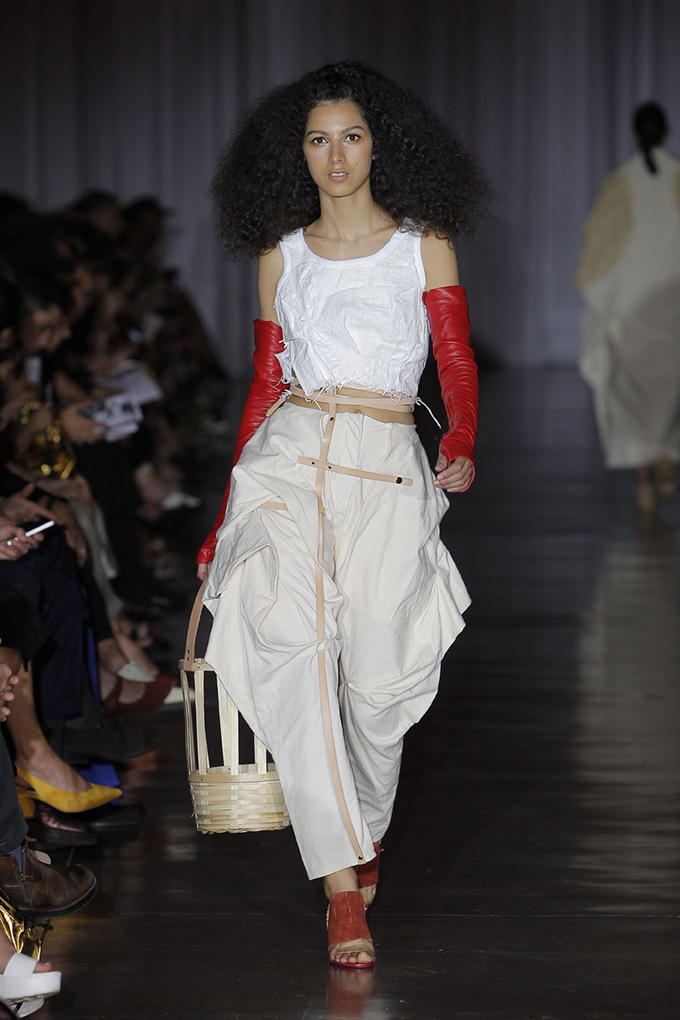 Since 2002 IED Barcelona campus became consolidated as one of the most important schools in design training and was recognised as a School of Higher Studies in Design by the regional government of Catalonia (Generalitat de Catalunya), offering Undergraduate Degrees in Product Design, Interior Design, Fashion Design and Graphic Design, in addition to university diplomas (IED Diplomas) in Management for Creative Industries, Bachelors of Arts (Honours) validated by the University of Westminster, masters and postgraduates courses, continuing study programs and summer courses, that every year draw in nearly 1,000 students from more than100 different countries, thanks to the school’s multicultural and interdisciplinary environment. 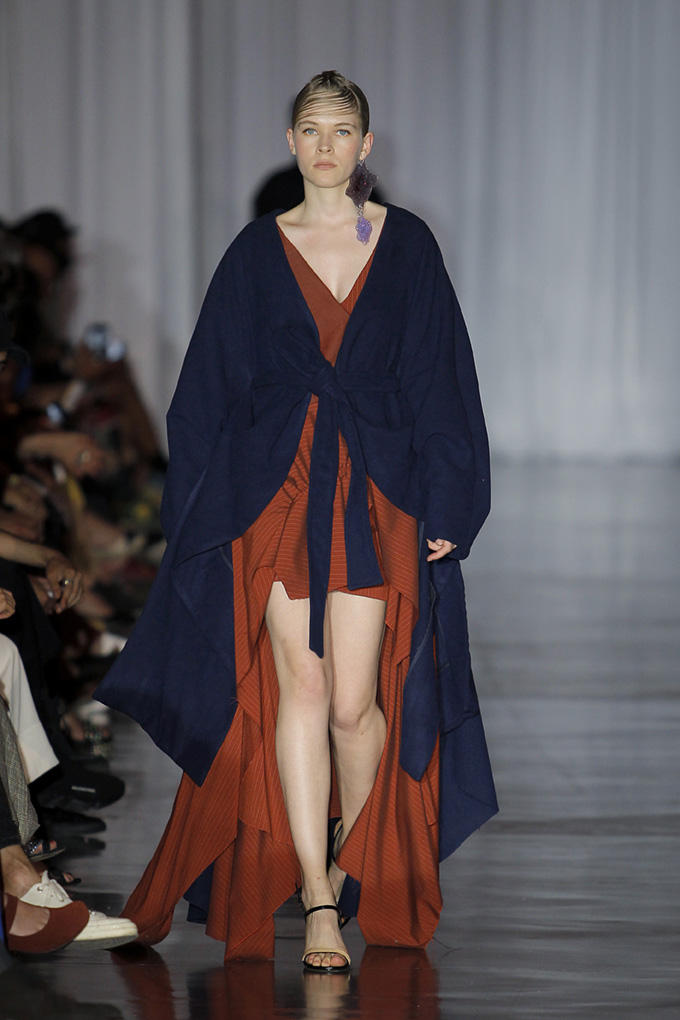 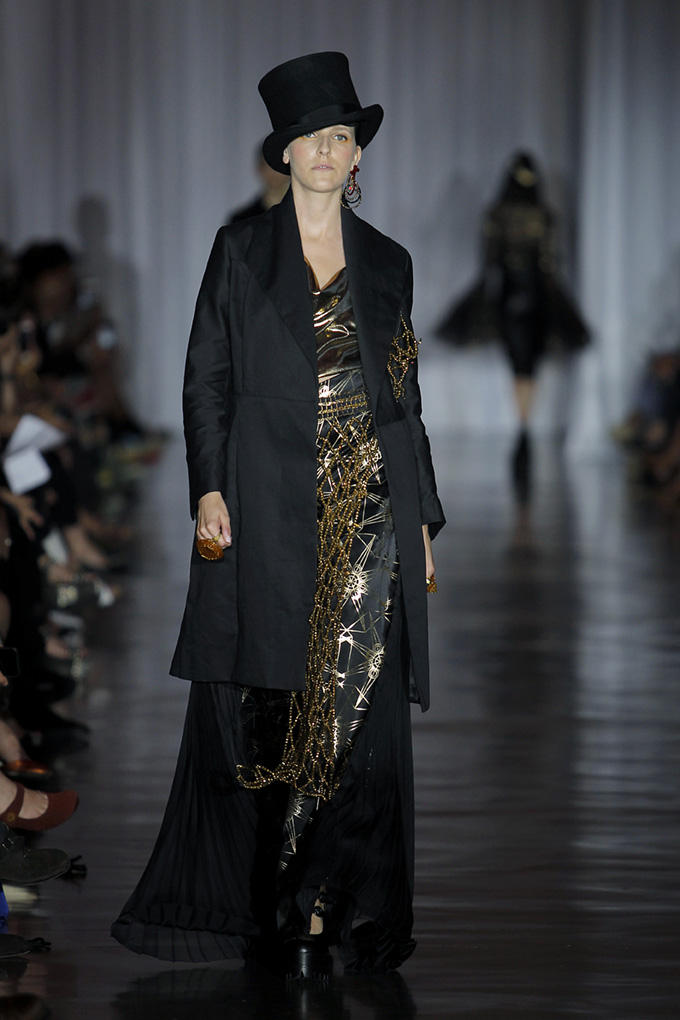