Istituto Europeo di Design celebrated the 25th anniversary since it came to Spain in 1994 by holding an event on 18 November at the Guggenheim Museum Bilbao – A tribute to creativity and talent. The event took place under the TOPArte programme as the city celebrated the Bilbao Bizkaia Design Week. 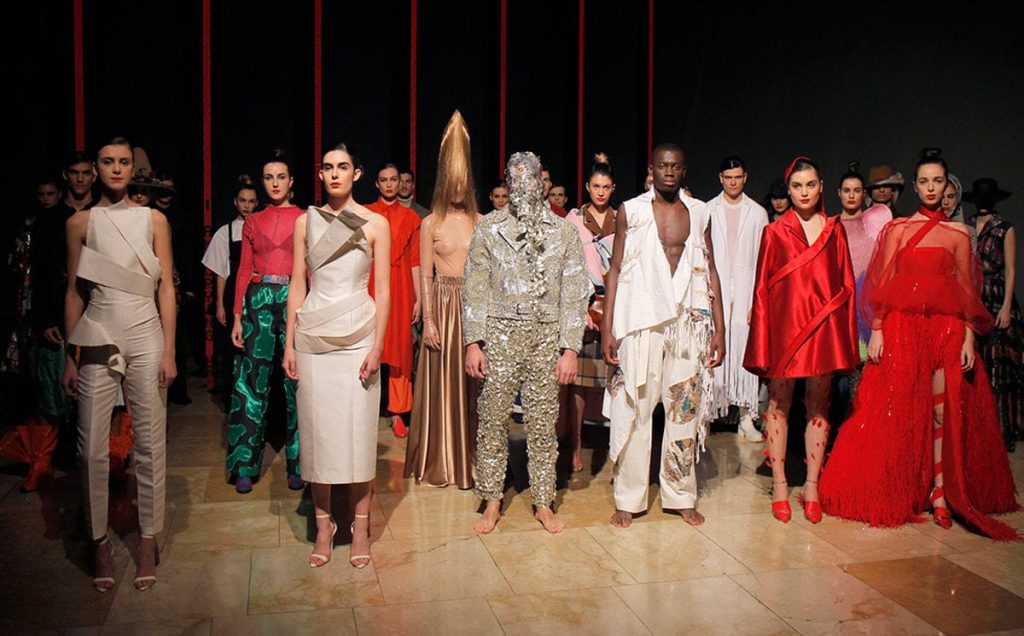 The renowned contemporary art Museum hosted a fashion show starring designers from Spain and abroad. Alumni from IED Madrid and IED Barcelona displayed 25 collections representing the past, present and future of IED. In their eclectic array of clothing and concepts that anticipate the future of fashion, the individuality of each designer shines through.

An audio-visual display was also shown during the event to highlight the impact of design on our surroundings and the power of these young talented minds to define the future.

The designs include collections by acclaimed national and international brands, young promises, prizewinning designers accoladed by Vogue Who’s On Next and Samsung EGO Innovation Project, along with regular participants in the New York Fashion Week, Mercedes Benz Fashion Week and 080 Barcelona Fashion.

Three former IED students – one from each school in Madrid, Barcelona and Milan – presented two outfits each as an exclusive tribute to the 60th anniversary since New York’s Guggenheim Museum was built, designed by Frank Lloyd Wright.