INSECURE: Public Space in The Age of Big Data

In order to promote young talents and voices of the design world and open the space Park Hub to activities able to influence and inspire the studio’s design work, in October 2018 Park Associati launched the first edition of the competition for young designers giving the opportunity to exhibit their work during the international Milano Design Week 2019.

The tender, addressed to designers under 30, aimed to open the doors of the studio to innovative, dynamic, unconventional design forms capable of giving a contemporary interpretation of the design world. The applications have been evaluated by a jury composed of Virginio Briatore, writer and design theorist, the designer Philippe Nigro, the two founding partners of Park Associati, Filippo Pagliani and Michele Rossi and the senior interior designer, Alexia Caccavella. 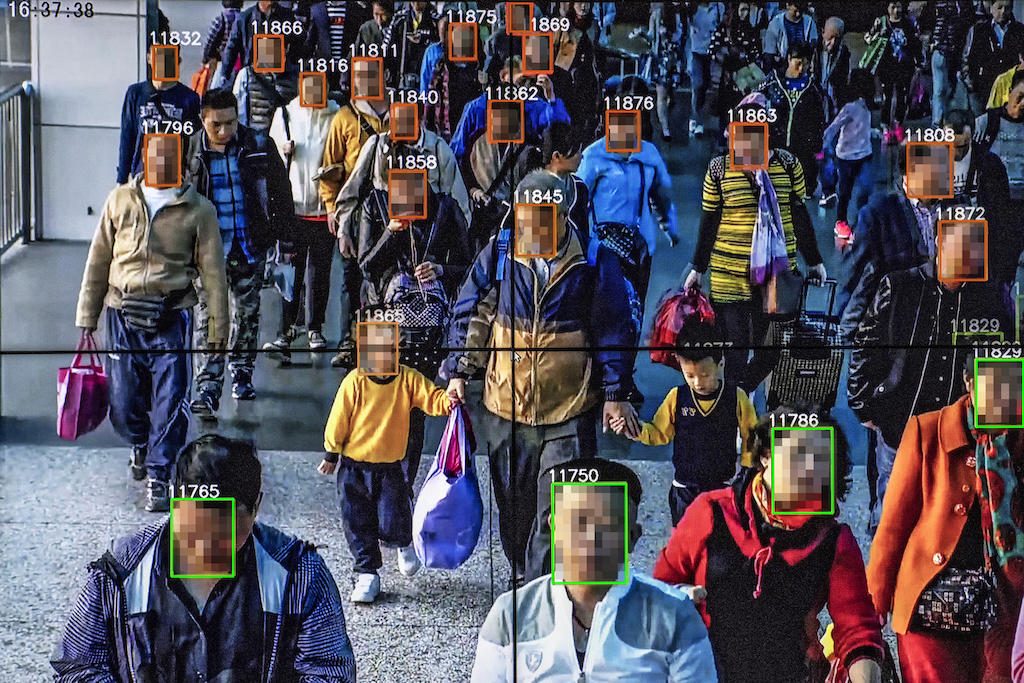 Selected among candidates from more than 25 countries, INSECURE is the one proposed by the intriguing duo from the Design Academy Eindhoven.

Žan Kobal, 26 years old from Slovenia, and Weixiao Shen, 23 years old from China, have started their collaboration inside the walls of Design Academy. Experimenting with different materials and design approaches, the two are combining their different backgrounds to reflect on most urgent contemporary issues. 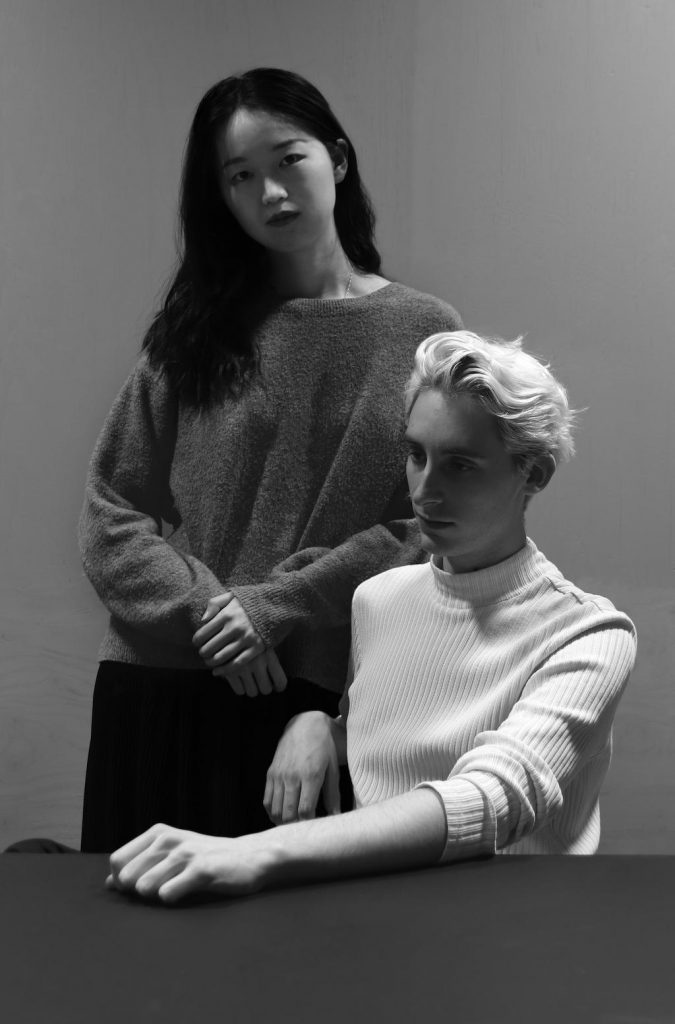 In INSECURE they have imagined a vision of an Orwellian future where a digital dictatorship leads to the death of public space, a limitation of individual privacy and controlled society. The project aims to challenge the status quo of surveillance systems by changing the nature of its very core – the surveillance camera. By subverting the cold, silent and motionless state of the camera, the installation creates a path towards awareness, intended to foster critical engagement and start a discussion about safety regulations in public space.

The contrast between the “insecure” behavior of the cameras and their intended function of security challenges our state of indifference towards their bulky presence: the exhibition reflects on whether the cameras actually function as tools they were designed for or as if their purpose has shifted, becoming instruments in the hands of the authorities that control them, to govern the public space in which they reside. 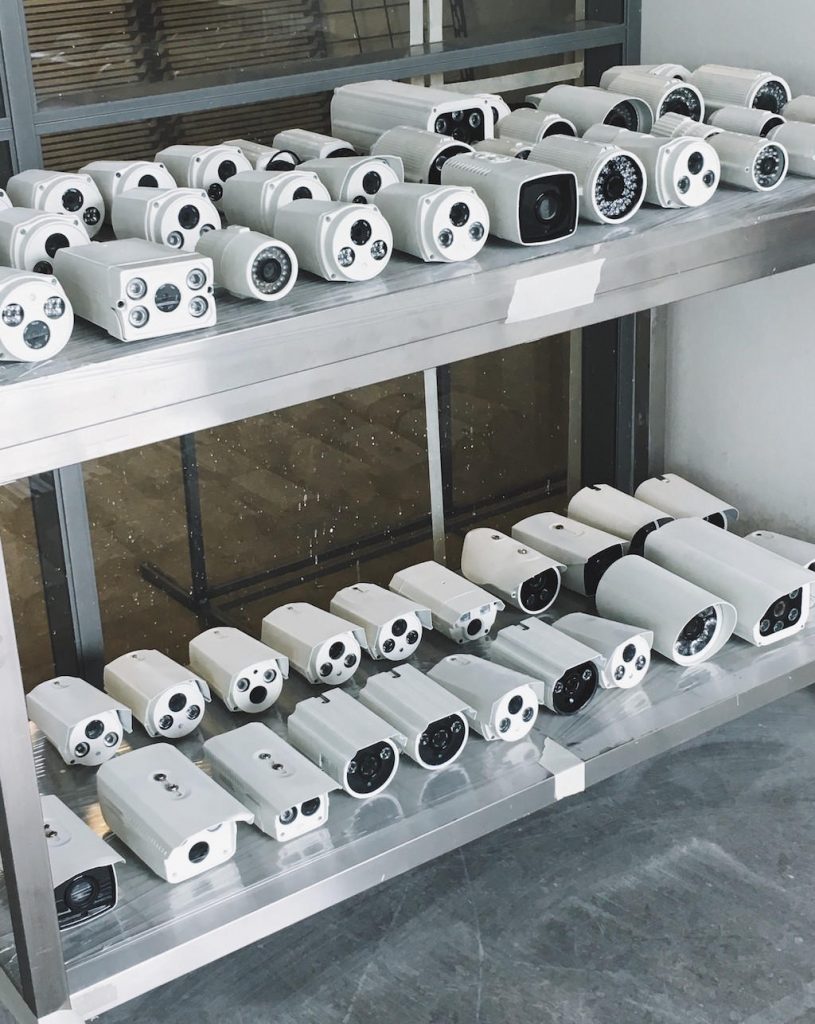 Part of the Porta Venezia in Design, the exhibition INSECURE gave the opportunity to reflect on common spaces, increasingly becoming “privatized” in the name of security, and how their proliferation creates testing grounds to define an acceptable – and unacceptable – public behaviour, a way to more closely surveil domestic population. It also offers an exploration of how simple design interventions can challenge the way things are and highlight possible alternative realities. Ultimately, the viewer could ask himself if it is possible to escape from this control and how to protect himself.

In the known universe there is nothing more expressive and complex than mankind.
The head is the vertex and emblem of the marvellous body machine. And the most attractive part of the head is the face.
The human face.
The Old Stone Face which W.B.Yeats writes about and which in ancient times reproduced the effigy of myths, gods and Caesars.
The Shroud of Christ.
The portraits and self-portraits to which for centuries humans have entrusted the task of handing down the illusion of permanence.

Leonardo’s Mona Lisa whose human face fits perfectly with the Golden Section. Not only the face responds to these laws but every facial detail reveals the same proportions: the mouth and nose are each arranged at Golden Section distance from the eyes and chin; the distance of the pupils from the widest point of the nose; the distance between the eyes and the eyebrows and the distance between the pupils and the tip of the nose.
To today’s evanescent proliferation of selfies that amplifies the need to show off our faces.

We are the face. The only one we have.
But today it does no longer belong to us.
Captured and framed by facial recognition systems – eyes, nose, mouth, hair, skin and expressions are tools of commodification and police control.
We have sold it out with selfies and they have pigeonholed us with cameras of dubious security.
Innovation runs fast and the wonderful invention of the internet does not correspond to the original dream of freedom, as Tim Berners Lee reminded us these days.

What is happening will be better understood by future generations.
But we’re in it. Knee-deep. With our whole face.
For this, I thank Park Associati and the two young thinkers for having chosen and proposed an exciting theme, which concerns us all and perhaps not only in public spaces.

Whether it is art or design does not matter, a long-standing and boring question. They say that art comes from inspiration and design from an intention and, in any case, they are not interested in expressing themselves, but in proposing an experience, feeding doubts and asking everyone to ask themselves questions.
They have no solutions and no one has at the moment.
Their installation is a theatre of knowledge, a design of awareness.