The collaboration with chefs and businesses of hospitality industry mark the latest successes of the architect Massimo Iosa Ghini, since 1985 parts of the Memphis group with Ettore Sottsass maintaining a strong presence within the avant-garde of Italian design as one of the founders of the Bolidist movement. 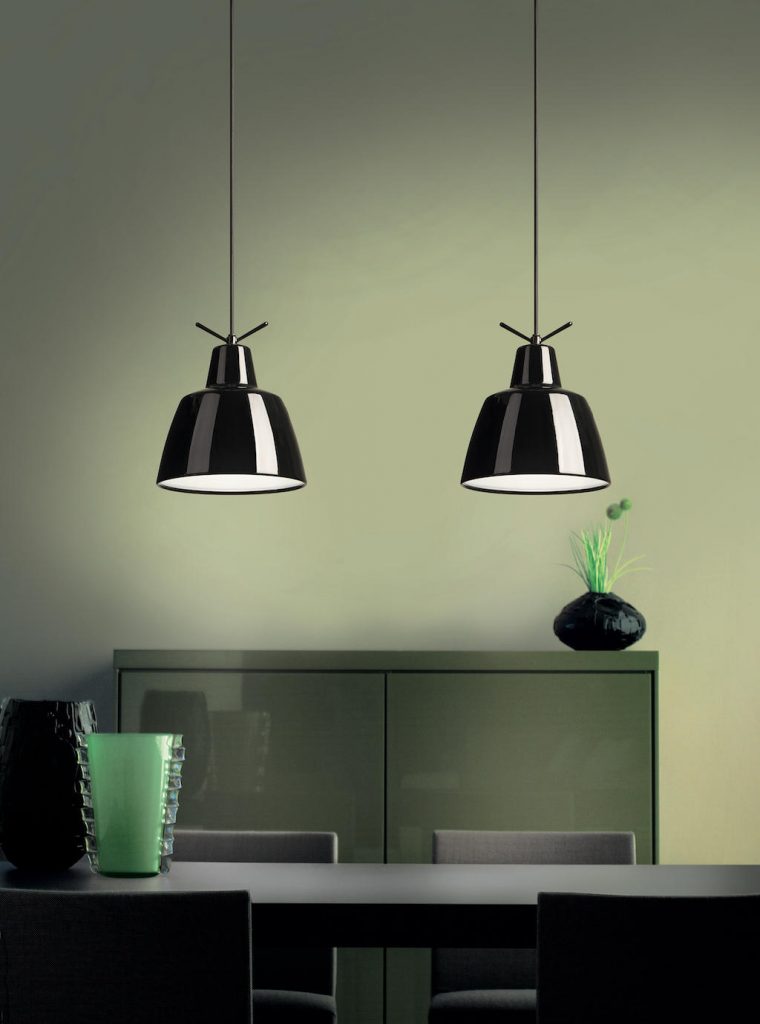 The name of the new suspension lamp designed for Leucos, a company specialized in light design and production founded in 1962 near Venice, is already a program. Clochef is simple in its original idea but it’s enriched by the sleek design, by the quality of materials, light, and finish, and by the great attention to detail. 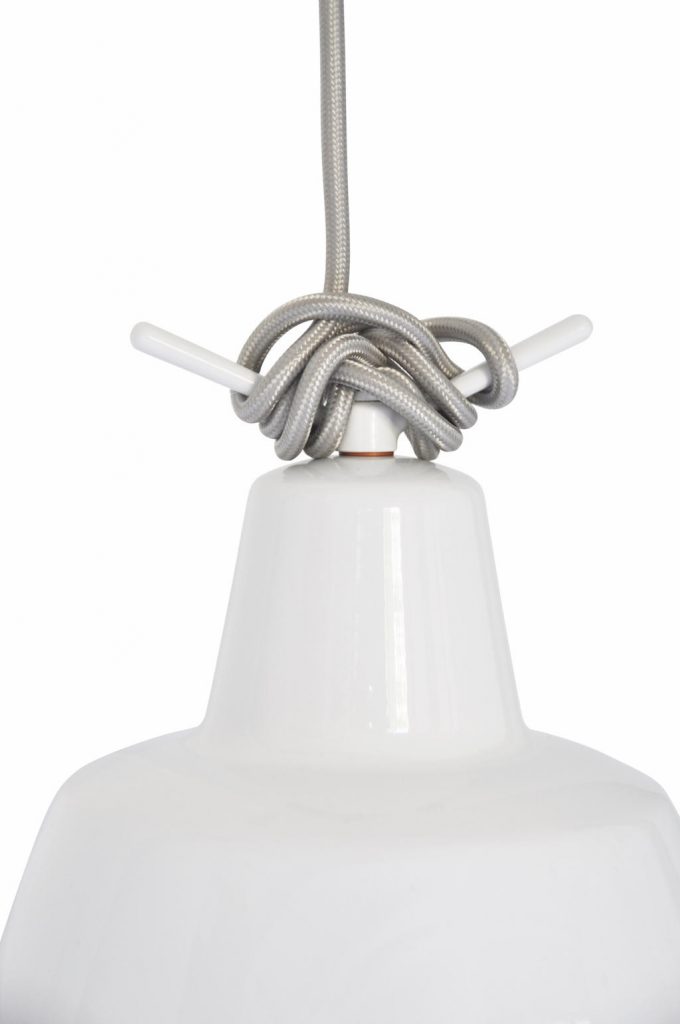 The elegant metal diffuser, hand-moulded from a polished sheet of aluminium alloy or copper, is reminiscent of a sinuous bell and, while showing a familiar shape, this precious home light fixture literally carves the space. The hand-brushed finish offered in the copper version is protected by a layer of transparent varnish. Two handles can be used to wind up the chord and adjust the hang height. 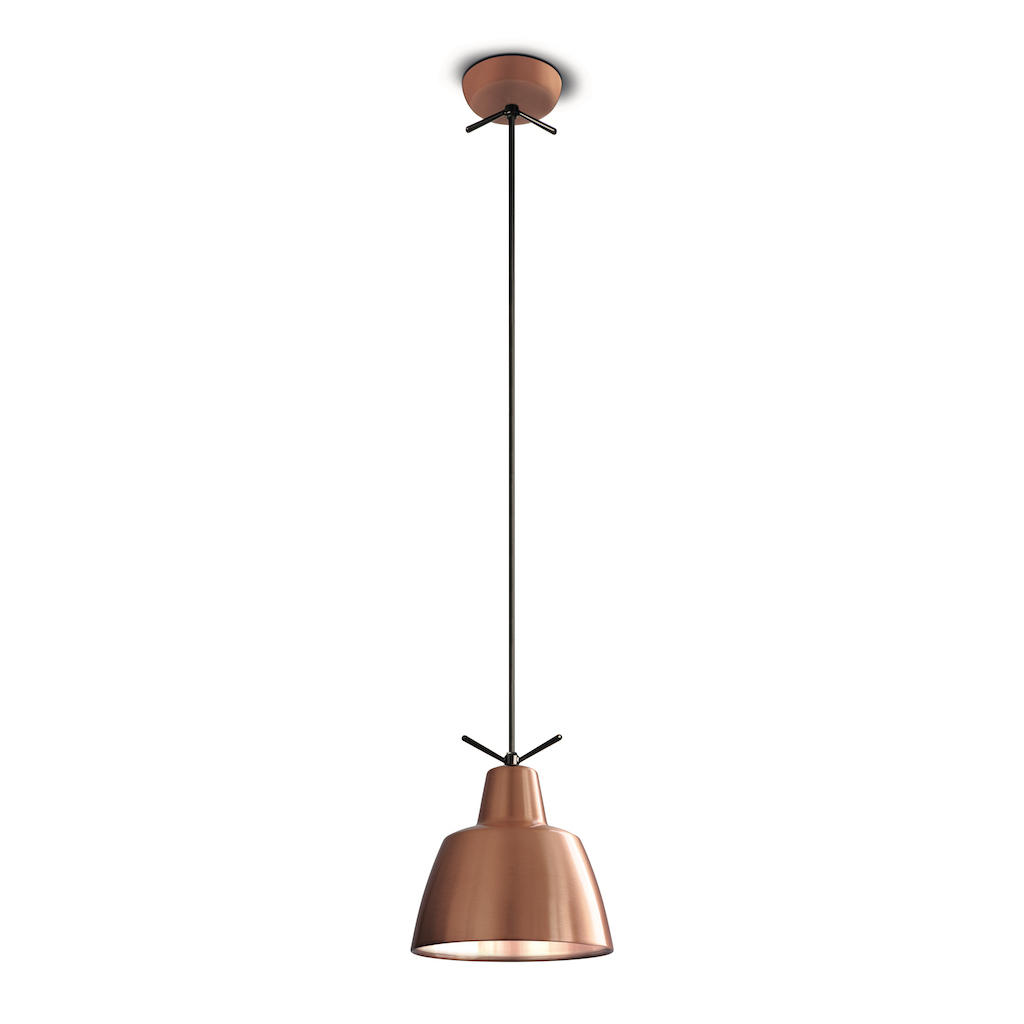 Innovative shapes and completely hand made for the innovative outdoor kitchen Bay, designed for Laboratorio Mattoni awarded with GOOD Design 2018, the oldest and most prestigious Global Awards for Design Excellence and Innovation. The structure is in brushed stainless steel that grants a different look. The kitchen has a unique combination of refrigerated, storage and cooking areas. 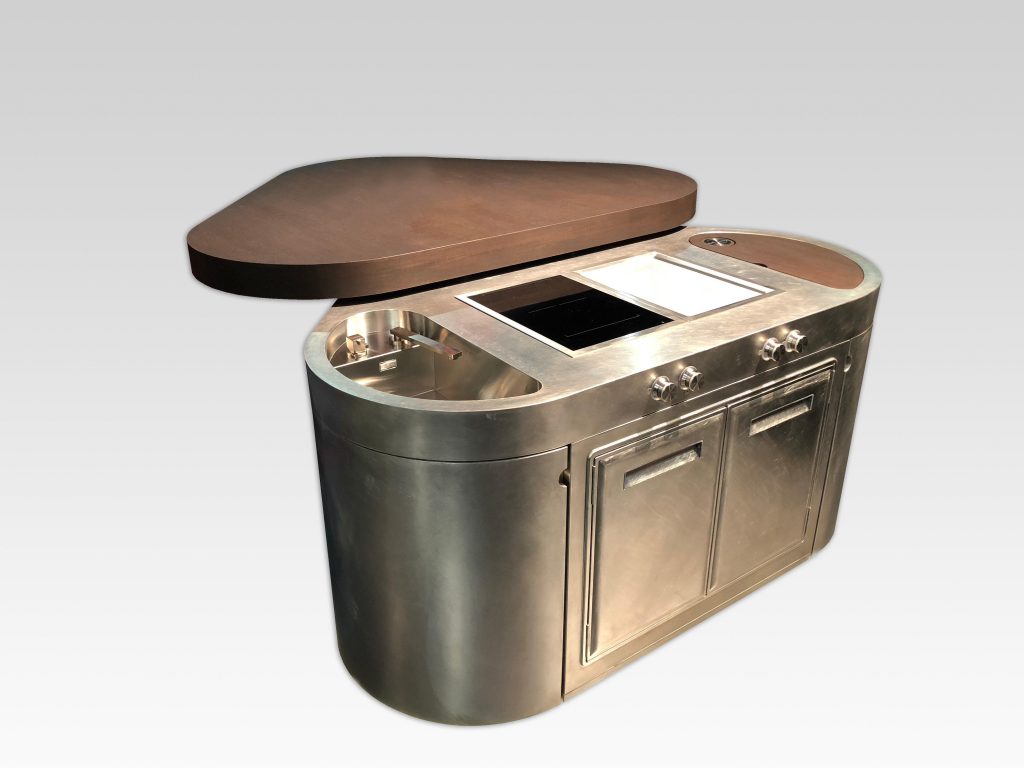 Designed by Massimo Iosa Ghini the restaurant “Attimi by Heinz Beck“, opened inside Rome’s Fiumicino airport, the only stopover in the world to host the award-winning chef’s restaurant, has introduced completely new concepts in commercial airport catering. The restaurant created thanks to the partnership between Beck&Maltese Consulting and Chef Express of the Cremonini Group and, has won the prestigious “Best Restaurant in Mobility” of “La Liste”, the most authoritative international selection of haute cuisine restaurants, a ranking emerging from the analysis of over 16,000 restaurants in 165 countries. 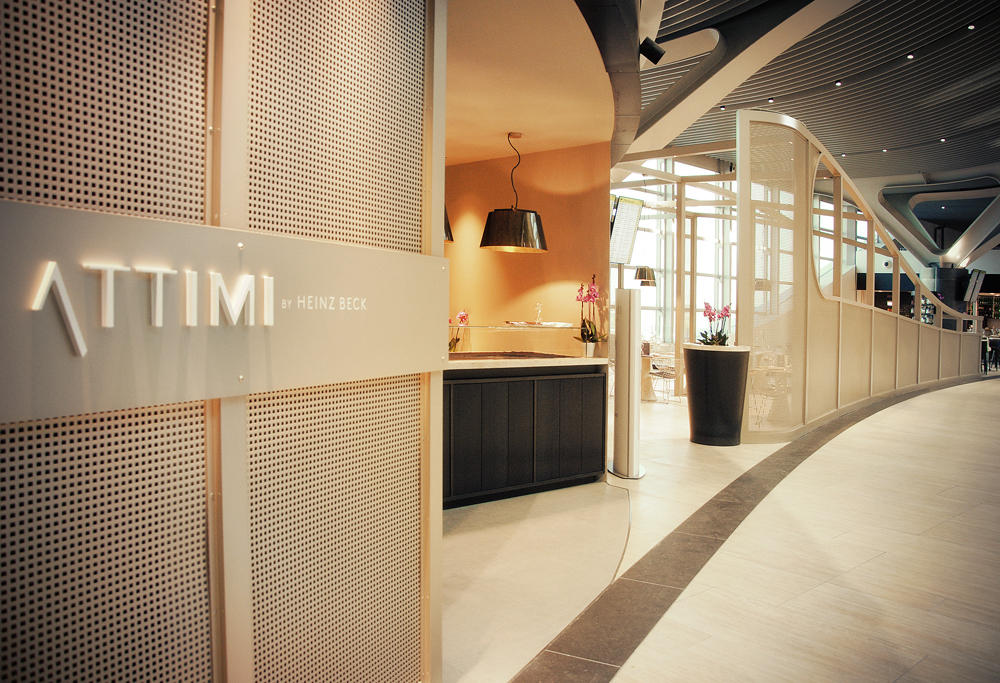 On the occasion of Milano Design Week 2019, the main courtyard of Milan University Statale features Human Proportions, a path that talks about how space exists where man exists and changes its forms, for Interni magazine Human Spaces exhibition-event. The installation summed up a path of perspective with a wider entrance with respect to the final part of the enclosure that modifies and amplifies space, interpreting its depth, dynamism and architectural proportions in relation to the human figure. 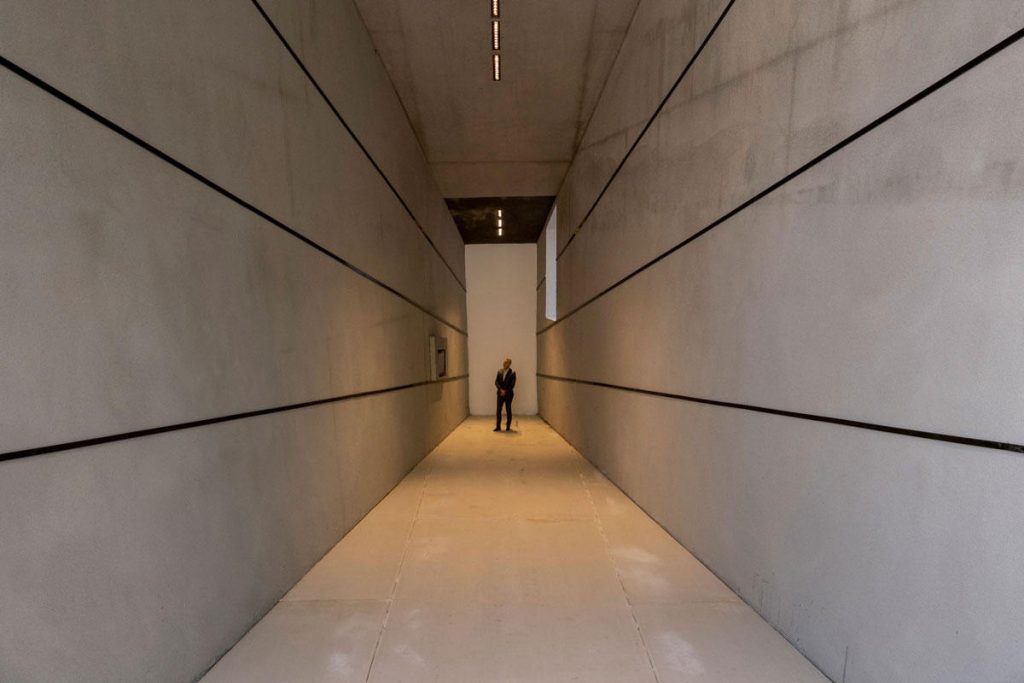 Ten meters long, the structure takes the human body as its reference point. It terminates in the awareness of the idea developed by Palladio for the Teatro Olimpico of Vicenza, of inverse geometric proportion with respect to the starting point. 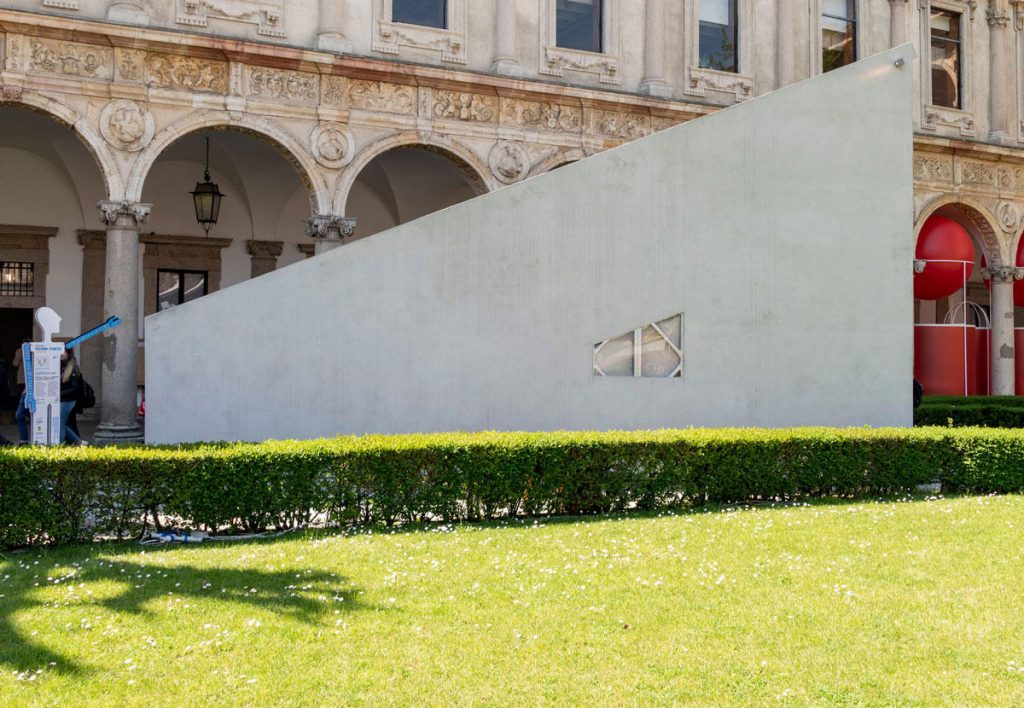 Founded in 1990, Iosa Ghini Associati has offices in Bologna and Milan. Its architects, engineers and designers of different nationalities work together with particular expertise in the development of projects for large groups and developers that operate internationally. The professional development of the society is fostered by the design of commercial as well as museums and architectural spaces, planning areas, structures dedicated to public transport along with the design of worldwide retail chain stores. Among the most recent major projects are the Ferrari Store shops in Europe, USA and Asia; multifunctional residential project in Budapest, several hotels in Europe (including Budapest, Nice and Bari) and the airport areas of the airline Alitalia. Other projects include the metro station Kröpcke Hannover, Germany; the Collection shopping centre in Miami, USA; the Galleria Ferrari Museum in Maranello, Modena the headquarters of Seat Pagine Gialle, Turin, and finally the Casa Museo Giorgio Morandi, the design of transport infrastructure People Mover in Bologna and the IBM Software Executive Briefing Center, Rome. 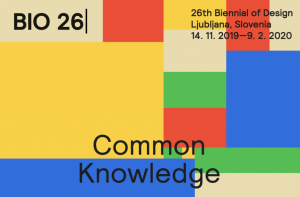