May You Live In Interesting Times – 58th Biennale Venice

Until to Sunday, November 24th 2019, at the Giardini and the Arsenale in Venice, the 58th International Art Exhibition, titled May You Live In Interesting Times, is curated by Ralph Rugoff – American curator, director of London’s Hayward Gallery since 2006 – and organized by La Biennale di Venezia including 79 artists from all over the world. Artists who challenge existing habits of thought and open up our readings of objects and images, gestures and situations. Art of this kind grows out of a practice of entertaining multiple perspectives: of holding in mind seemingly contradictory and incompatible notions and juggling diverse ways of making sense of the world. Artists who think in this manner offer alternatives to the meaning of so-called facts by suggesting other ways of connecting and contextualising them. Animated by boundless curiosity and puncturing wit, their work encourages us to look askance at all unquestioned categories, concepts and subjectivities. It invites us to consider multiple alternatives and unfamiliar vantage points and to discern the ways in which “order” has become the simultaneous presence of diverse orders. 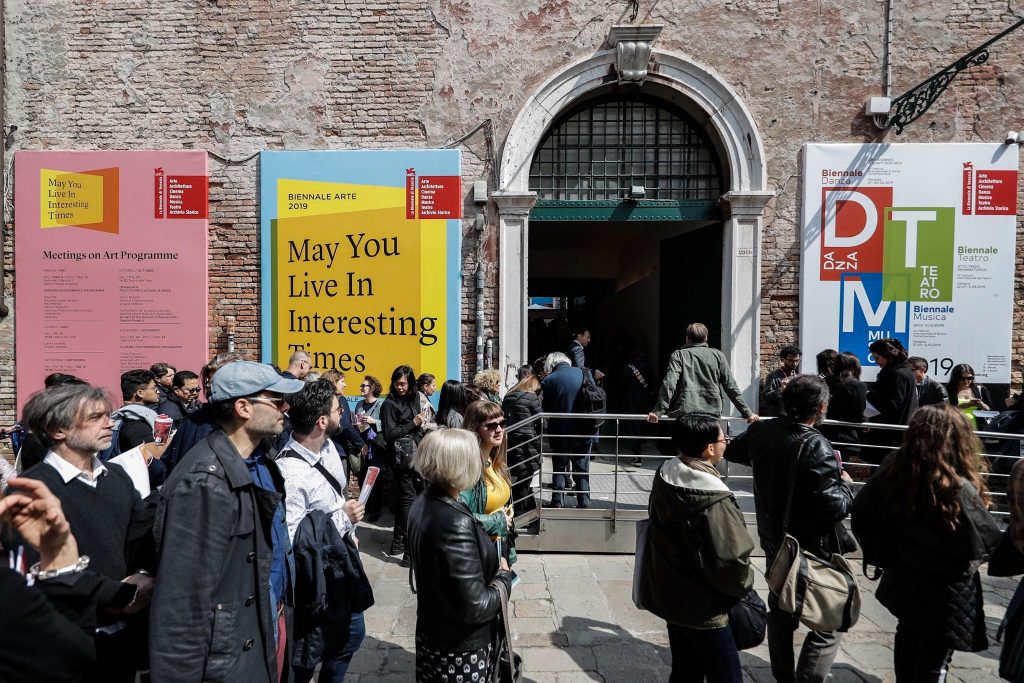 «May You Live in Interesting Times – has declared Ralph Rugoff – no doubt include artworks that reflect upon precarious aspects of existence today, including different threats to key traditions, institutions and relationships of the “post-war order.” But let us acknowledge at the outset that art does not exercise its forces in the domain of politics. Art cannot stem the rise of nationalist movements and authoritarian governments in different parts of the world, for instance, nor can it alleviate the tragic fate of displaced peoples across the globe (whose numbers now represent almost one per cent of the world’s entire population). But in an indirect fashion, perhaps art can be a kind of guide for how to live and think in ‘interesting times.’ The 58th International Art Exhibition not has a theme per se, but highlights a general approach to making art and a view of art’s social function as embracing both pleasure and critical thinking.»

90 National Participations in the historical Pavilions at the Giardini, at the Arsenale and in the historic city centre of Venice. 4 countries will be participating for the first time at the Biennale Arte: Ghana, Madagascar, Malaysia and Pakistan. The Dominican Republic for the first time at the Biennale Arte with its own national pavilion. 21 Collateral Events which are admitted by the curator and promoted by non – profit national and international bodies and institutions, take place in several locations enriching the diversity of voices that characterizes the exhibition of Venice. The Italian Pavilion at the Tese delle Vergini in the Arsenale, sponsored and promoted by the Ministero per i Beni e le Attività Culturali, Direzione Generale Arte e Architettura Contemporanee e Periferie Urbane, is curated this year by Milovan Farronato. 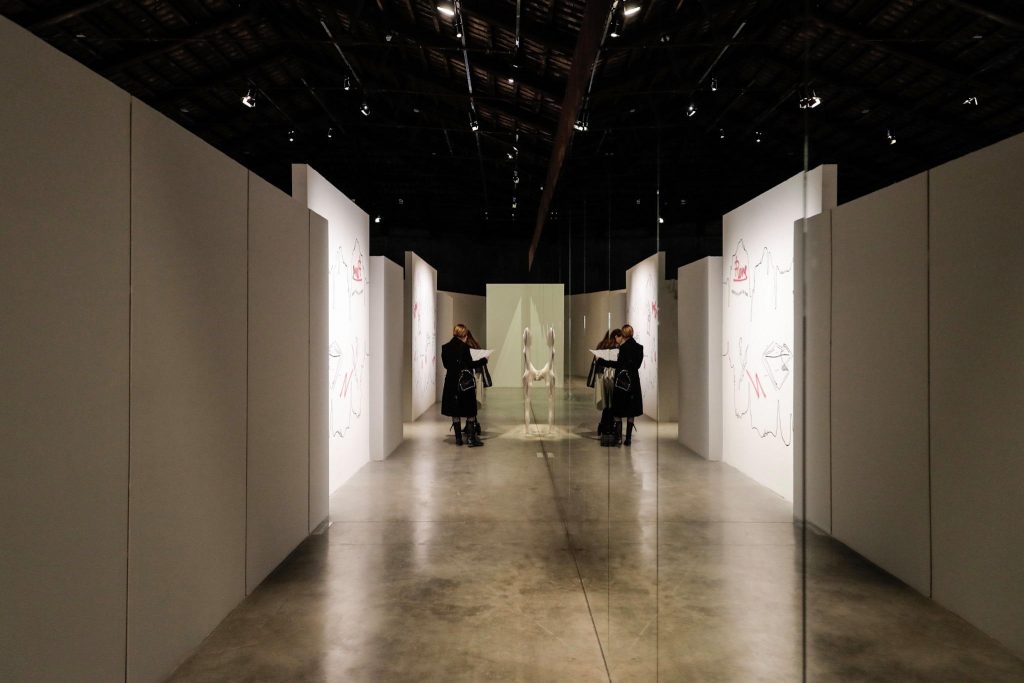 «The title of this Exhibition could be interpreted as a sort of curse – stated President Paolo Baratta – where the expression “interesting times” evokes the idea of challenging or even “menacing” times, but it could also simply be an invitation to always see and consider the course of human events in their complexity, an invitation, thus, that appears to be particularly important in times when, too often, oversimplification seems to prevail, generated by conformism or fear. And I believe that an exhibition of art is worth our attention, first and foremost, if it intends to present us with art and artists as a decisive challenge to all oversimplifying attitudes.» 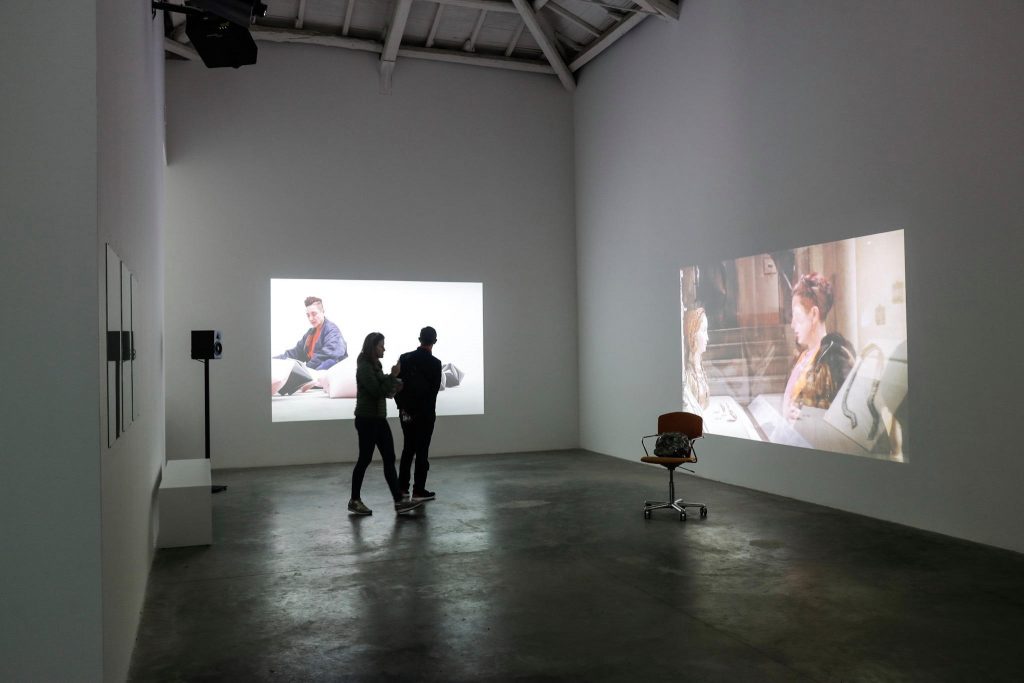 More than half of visitors are under 26 years of age and for the tenth consecutive year La Biennale dedicate the Biennale Sessions project to institutions that develop research and training in architecture, the arts and related fields, and to Universities and Fine Arts Academies. The goal is to offer favourable conditions for students and teachers to organize three-day group visits for fifty people or more, offering the possibility to organize seminars free of charge at the Exhibition’s venues and assistance in organizing their journey and stay. For the past decade, La Biennale di Venezia has been devoting increased attention to learning activities and has developed a growing commitment to so-called “Educational” initiatives addressed to the audience of its Exhibitions’, to universities, young people, and children, from schools at all levels. 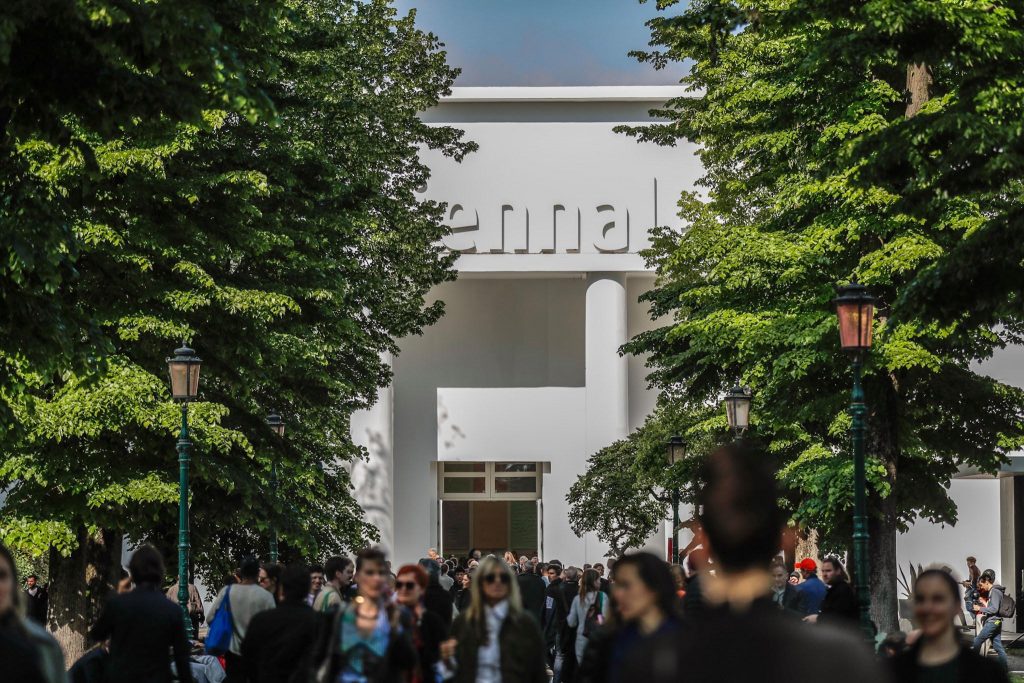 Golden Lion for Best National Participation to Lithuania for the experimental spirit of the Pavilion and its unexpected treatment of national representation. The jury was impressed with the inventive use of the venue to present a Brechtian opera as well as the Pavilion’s engagement with the city of Venice and its inhabitants. Sun & Sea (Marina) is a critique of leisure and of our times as sung by a cast of performers and volunteers portraying everyday people. 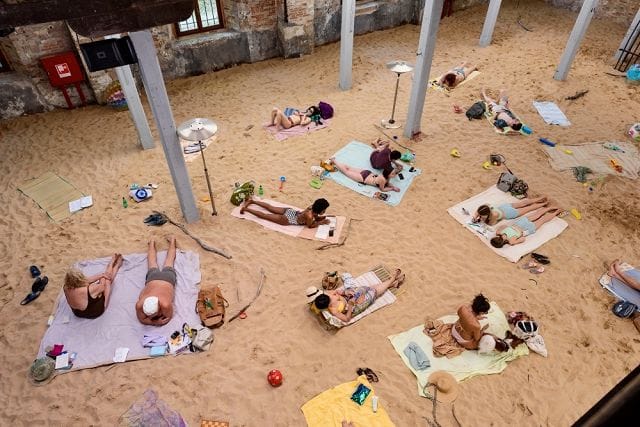 Special mention as National Participation to Belgium. Unsparing in its humour, the Belgian Pavilion offered an alternative view of the under-recognised aspects of social relations across Europe. The uncanny staging of a series of fictional characters in the form of mechanised puppets based on folkloric stereotypes allows the Pavilion to act on several registers while creating two if not more parallel realities.

Golden Lion for the Best Participant to Arthur Jafa for his 2019 film The White Album (venue: Central Pavilion, Giardini), which, in equal measure, is an essay, a poem and portraiture. Jafa uses appropriated and original footage to reflect upon the issue of race. Just as the film critiques a moment fraught with violence, in tenderly portraying the artist’s friends and family, it also speaks to our capacity for love.

Silver Lion for a Promising Young Participant to Haris Epaminonda for her carefully constructed constellations of images, objects, text, forms, and colours that are built out of fragmented memories, histories and imagined connections; for showing us that the personal and the historical can be compressed into a powerful yet loose web of multiple meanings.

This year, two Special Mentions were awarded to Teresa Margolles and Otobong Nkanga. Margolles for her sharp and poignant works that deal with the plight of women grossly affected by the narcotics trade in her native Mexico, and for creating powerful testimonies by shifting existing structures from the real world into the Exhibition halls. Nkanga for her ongoing and inspired exploration across media into the politics of land, body and time.