MAYDAY, whenever you need light

The Mayday lamp is recognized the world over as a little design masterpiece in all its minimal simplicity. An intelligent and versatile light fixture that resembles a workshop lamp, designed by Konstantin Grcic in 1999 and produced by Flos from 2000 onwards. 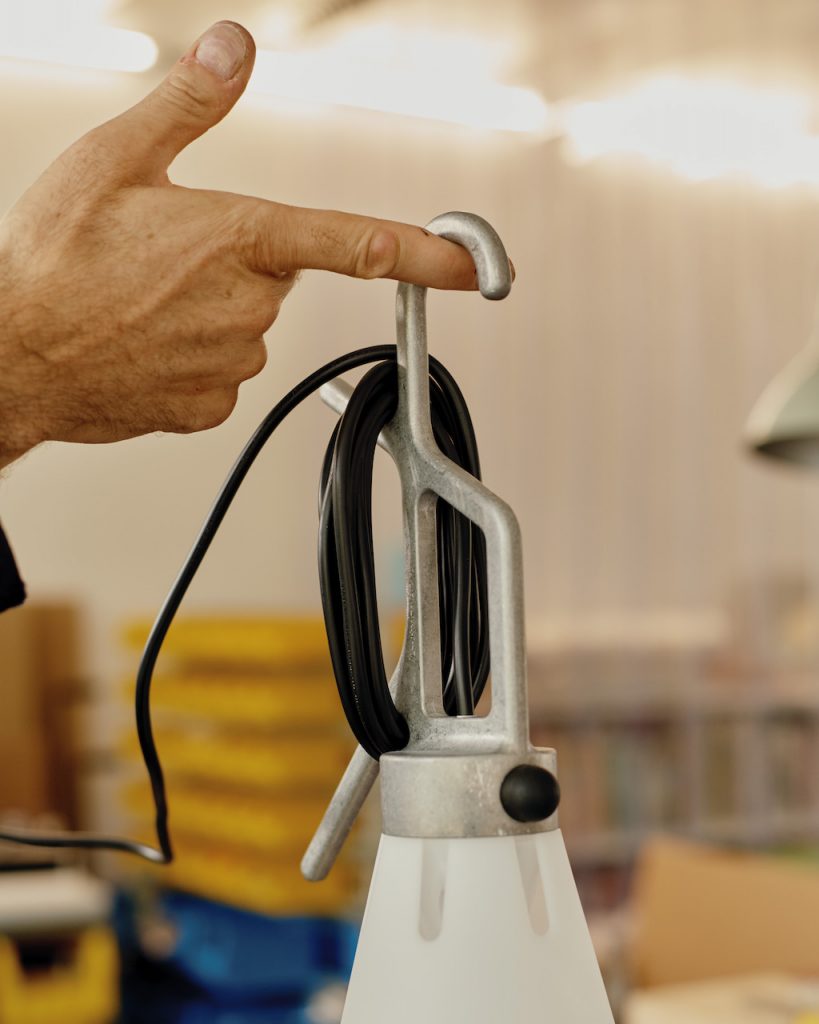 In 2001, it won an ADI Compasso d’Oro Award for its “flexibility of use, with unlimited and easy indoor and outdoor collocations; affordable price; and persuasive formal research into the use of mostly existing components”. 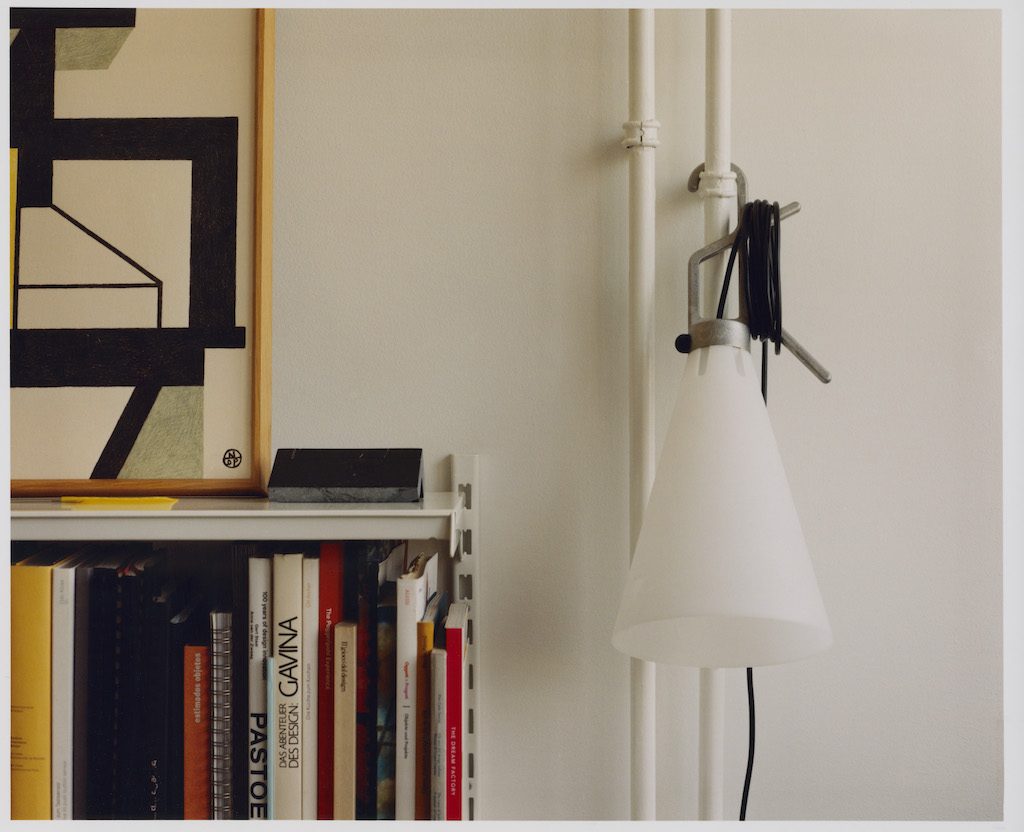 “I tried to re-define the conventional typologies for a lamp: it is neither a pendant lamp nor a table or floor lamp, not even a lamp for wall application. Mayday is the emergency call used when you are in trouble at sea, and somehow the lamp offers this idea: it comes in handy whenever you need light,” stated Konstantin Grcic. 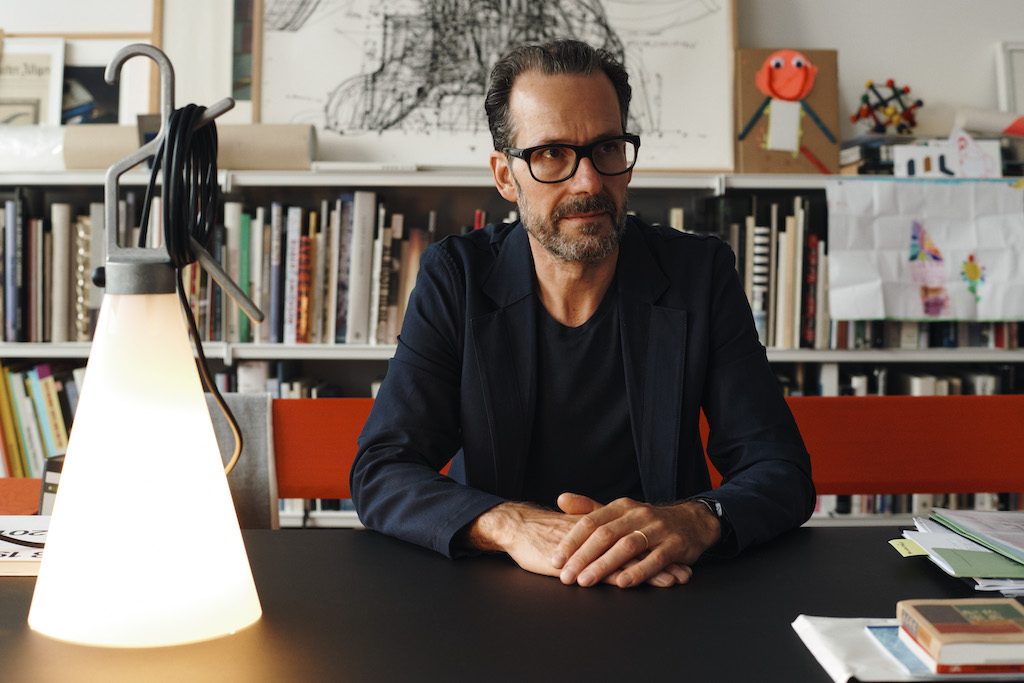 Conceived as a universal tool suited to multiple tasks and locations, Mayday features a series of references to functional elements such as a practical handle that incorporates a large rubber On/Off switch, a hook to suspend the lamp wherever needed, a conical polypropylene diffuser – a translucent funnel that gives off a warm light – and two spikes for winding up the five-meter power cord. 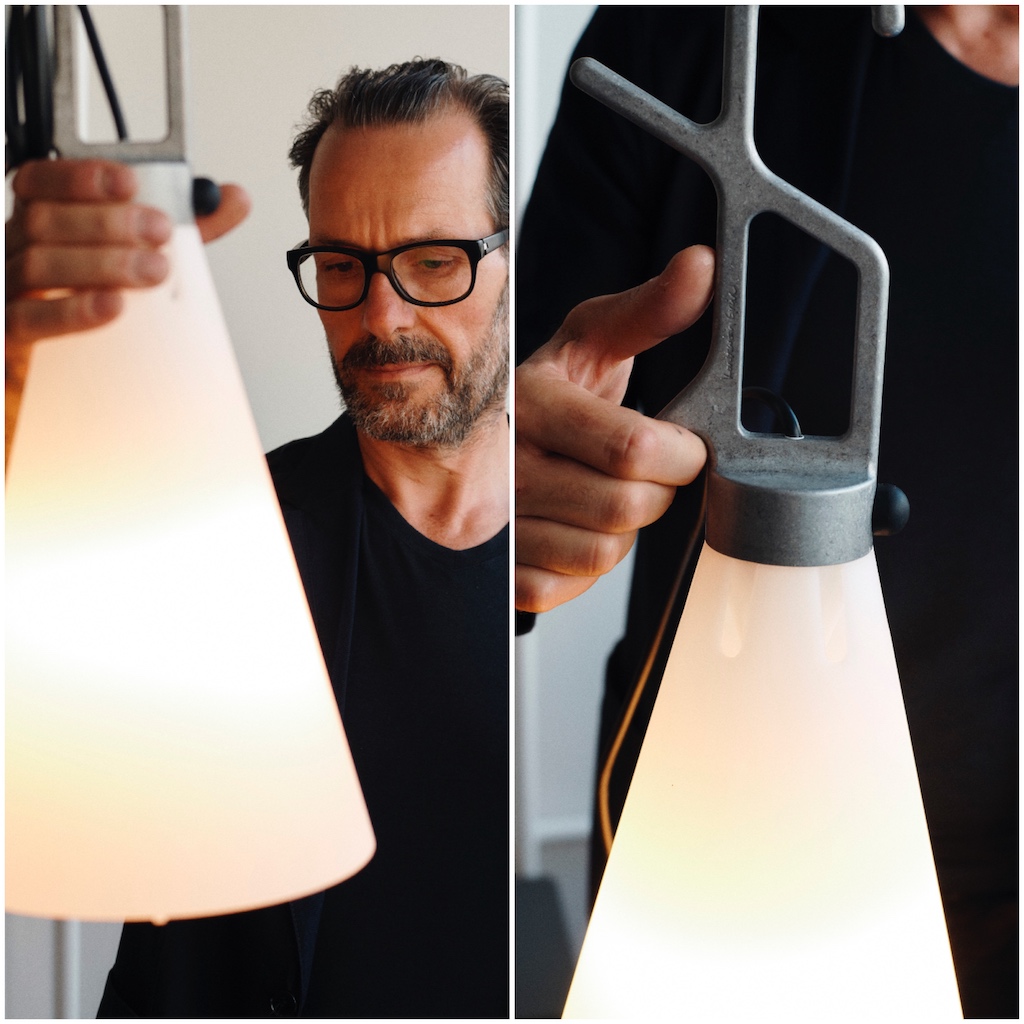 To celebrate the twentieth anniversary of the iconic Mayday lamp, Flos has created a Limited Edition release of 2,020 numbered pieces in special packaging. Featuring a sophisticated die-cast aluminium handle/hook embossed with the designer’s signature and serial number, Mayday Anniversary represents a highly desirable piece and a unique opportunity for collectors. 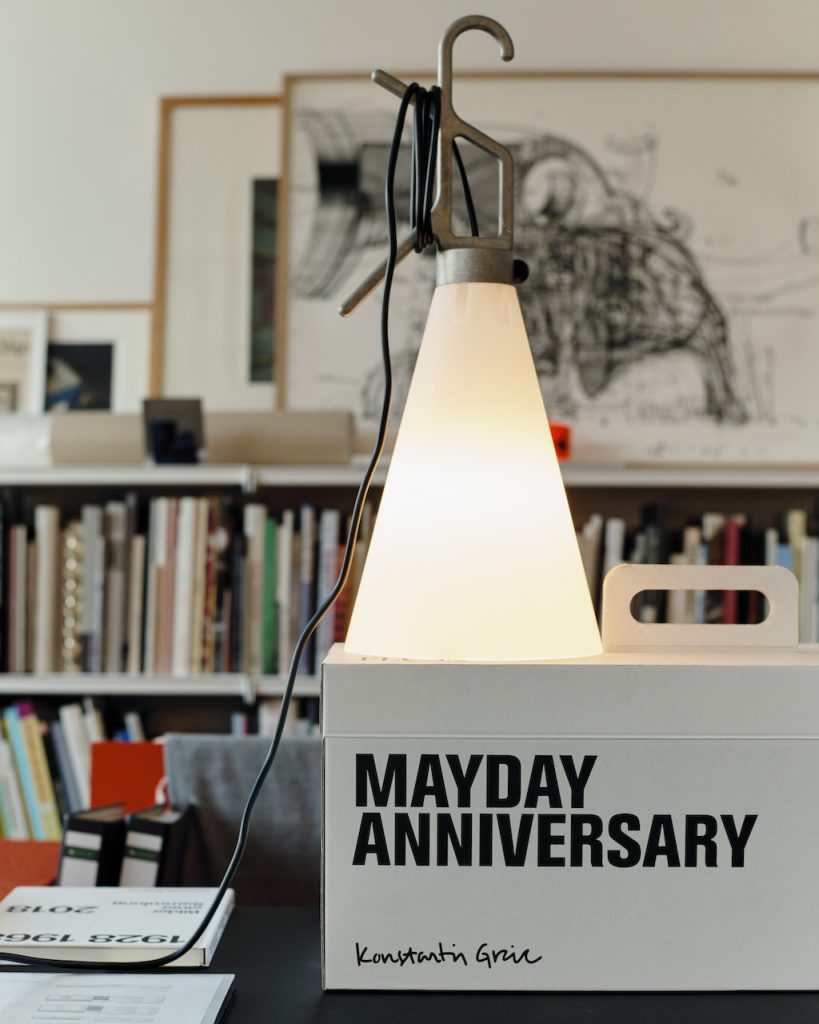 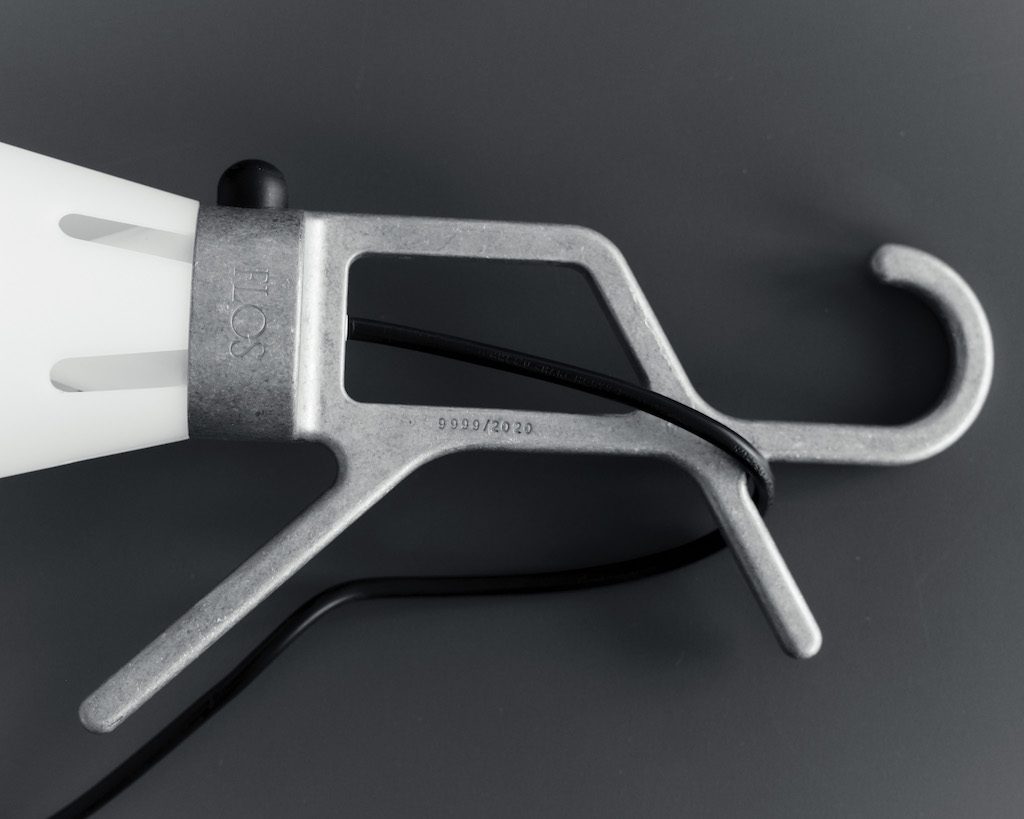 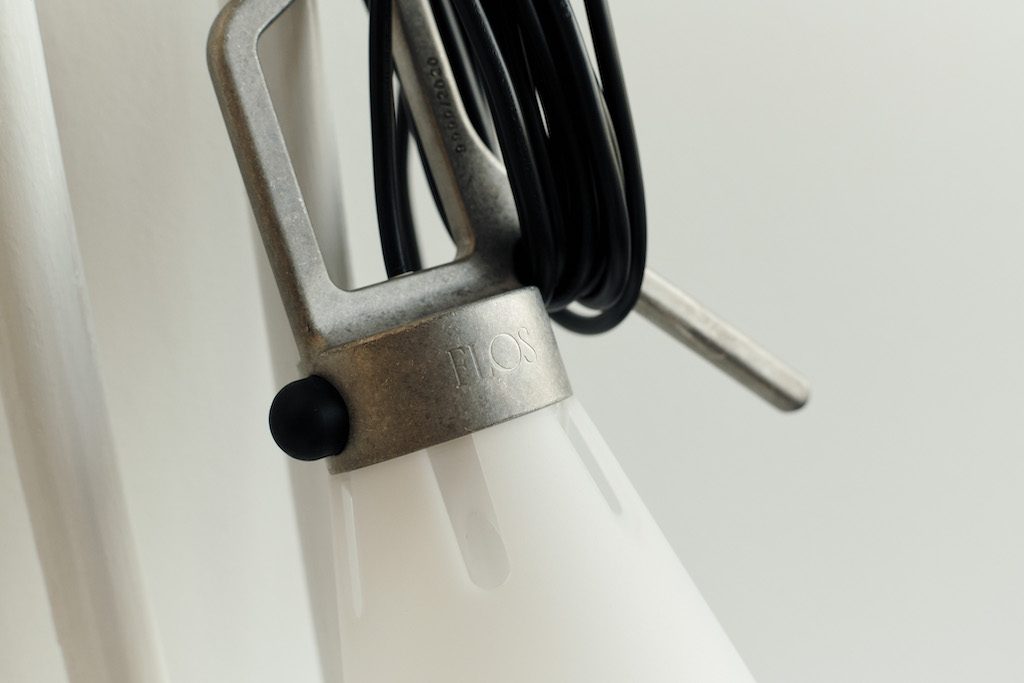