THE MINING OF TIME BY ALEKSANDRA WRONSKA FOR ZANUSO LEGNO 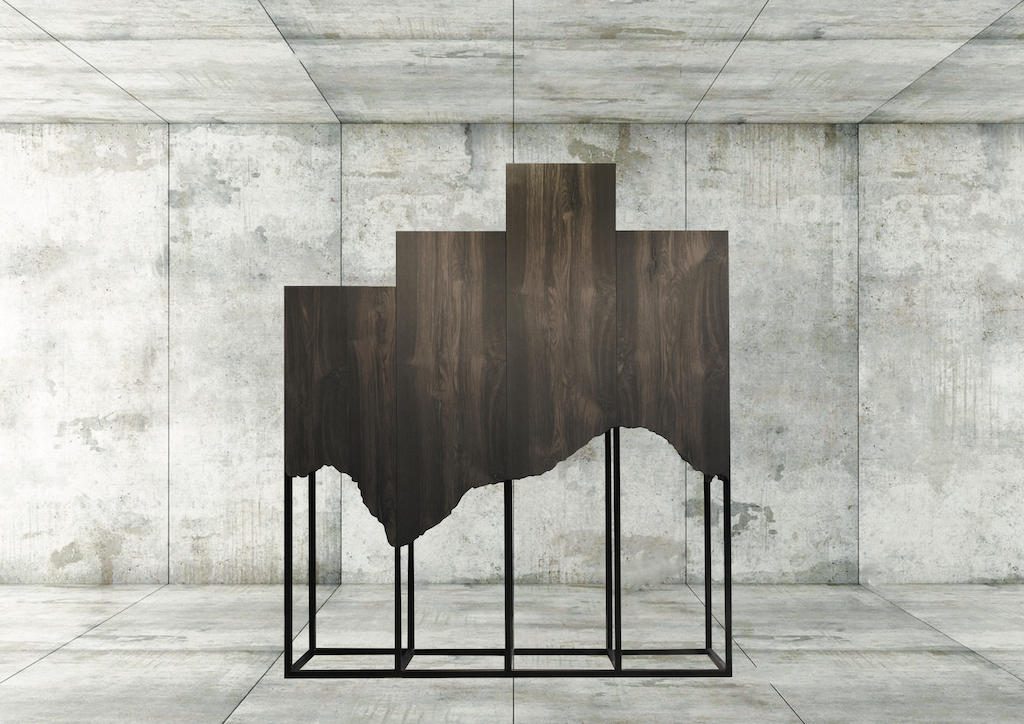 Abstraction and empathy, the two extremes of aesthetic pleasure, come together in a project that overcomes barriers of time and, as in a stratigraphy, tells a temporal fragment of the life of an ancient organism. The Mining of Time designed by the talented Aleksandra Wronska and produced by Zanuso legno was presented at Milan Design Week 2019 last April. Special and precious, it is a piece of furniture that is well suited to a modular development, in which vitality is given by the movement of the organic and rhythmic profile of the wood, that runs through the repetitive scheme of its structure as if to form a time chart. 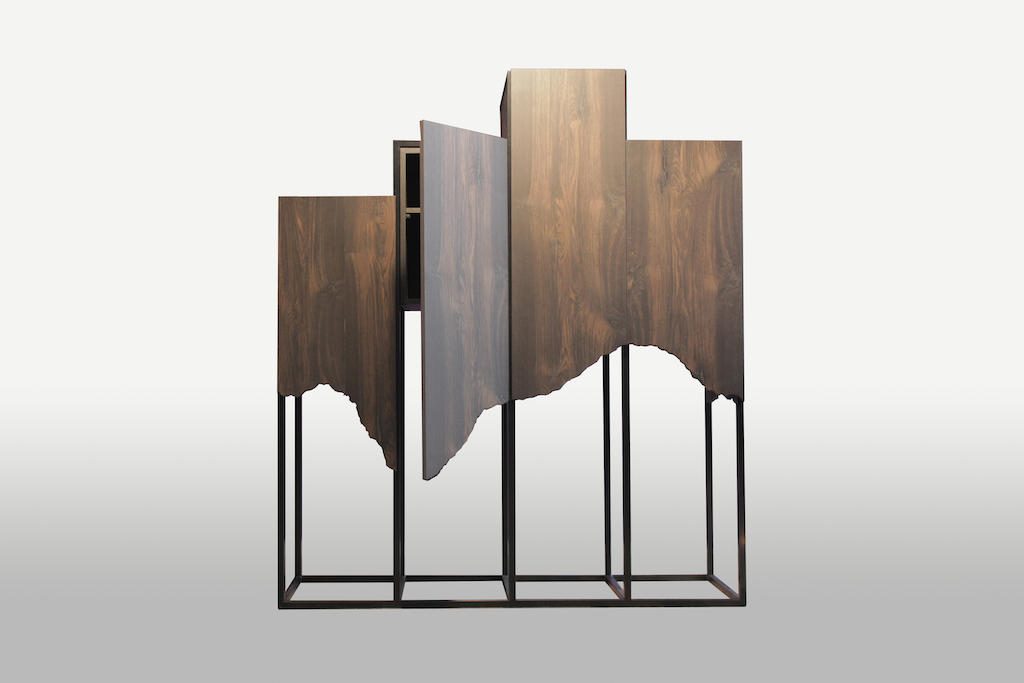 Thanks to the material with which it is made, The Mining of Time poetically tells how time can be extracted from the depth of the earth, becoming a millenary work created by nature itself, set in a modern skyline that leaves the space to the wood to express its natural organicity. StoneOak® is a fossil wood that has been preserved, protected and finally returned to the landscape by nature itself after a 4000 years long sleep. A dormant gift to which man gives new life. StoneOak® owes its name to his colours and texture, reminiscent of stones.

This wood is a green material par excellence, no tree has been cut, instead, the material is recovered during excavations or re-emerges as a result of natural landslides. The limited availability of this material and rarity make StoneOak® perfect for luxury projects, with which architects and designers can create uniqueness and leave their mark. This is possible thanks to companies like Zanuso Legno, which since 1959 has been a point of reference in the field of production and marketing of veneers and saw timber in various types of wood, both European and exotic. The Italian company has carved out a small space in a constantly evolving sector conquering, day after day, credibility and appreciation from customers. 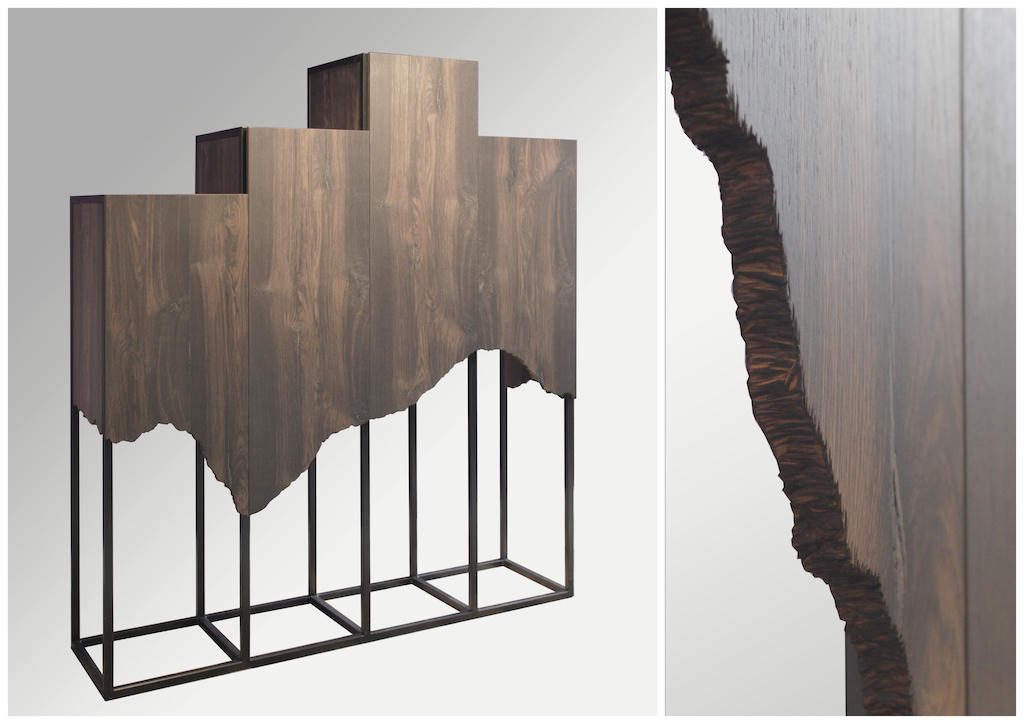 Designer and sculptor born in Czestochowa (PL), from an Italian father and Polish mother, Aleksandra Wronska is Milanese by adoption. In Milan, she graduated in design and sculpture at the Brera Academy of Fine Arts with two theses based on the concept of aesthetic empathy and expressiveness of design, one of which has become a textbook in one of the design courses of the Academy of Brescia, LABA. “Some objects or images communicate through the expressiveness of their form by interacting directly with our sensations and aesthetic empathy is the key to understanding this phenomenon: by superimposing our structure to the observed structure, we can come to understand the emotional/formal dynamics that created it and, in this way, every association that is formed between us and the object becomes an experience that binds us emotionally to it” says Aleksandra Wronska about the core of her work.

All of her projects are based on what a form is able to communicate, in a continuous evolution of schemes and patterns that link forms and their shaping principles to the human perception, bodily sensations and emotions; a continuous research that ranges between art, design, science and psychology and that earned her the chance to intervene as a speaker in the framework of the Krakow architecture biennial, take part in a workshop at the ECAL in Lausanne and work in 2018 in the studio of Nacho Carbonell in Eindhoven (NL). 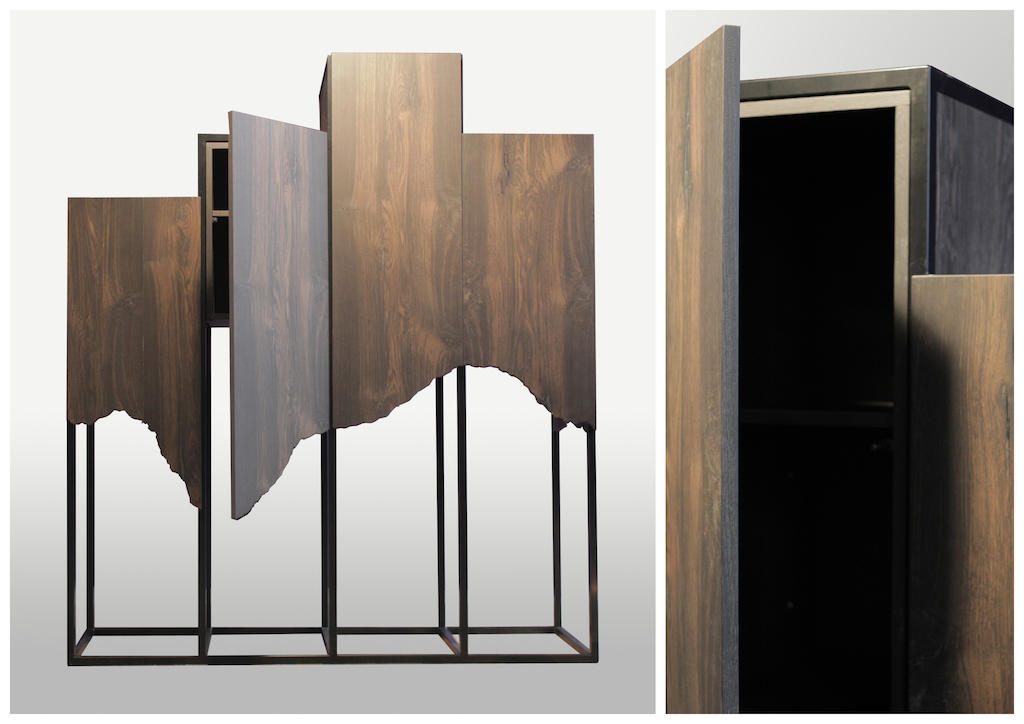 *** StoneOak® is a wood, nature has returned from the ground to our time. Millennia ago, due to natural events, some forests have slipped below the ground. The lack of air has prevented its natural degradation. The land has traded slowly its properties and its elements with those of wood modifying them up to the deepest structures. The trunks recovered are analyzed with carbon 14 to establish the exact dating ranging from one to four thousand years. Depending on the area and length of the underground, the trunks take on more or less intense colour, with shades that go from light grey to anthracite.