T°RED was born in Piacenza in 2013 as an innovative startup around the ideas, projects and patents of Romolo Stanco. Professional in the field of research on materials and design together with Erica Marson, Barbara Belzini, Cecilia Scolari and Martino Scolari founded a group that wants to do research and experimentation the heart of products in any field of application. Romolo Stanco after his experiences as a designer on the border with research acquired at the CNR of Lecco, at the Department of Structural mechanics of Pavia and with the direction of the department NuDe of the Pole of innovation of Valtellina accepts the challenge of creating in Italy a company that develops products from innovation and research projects. 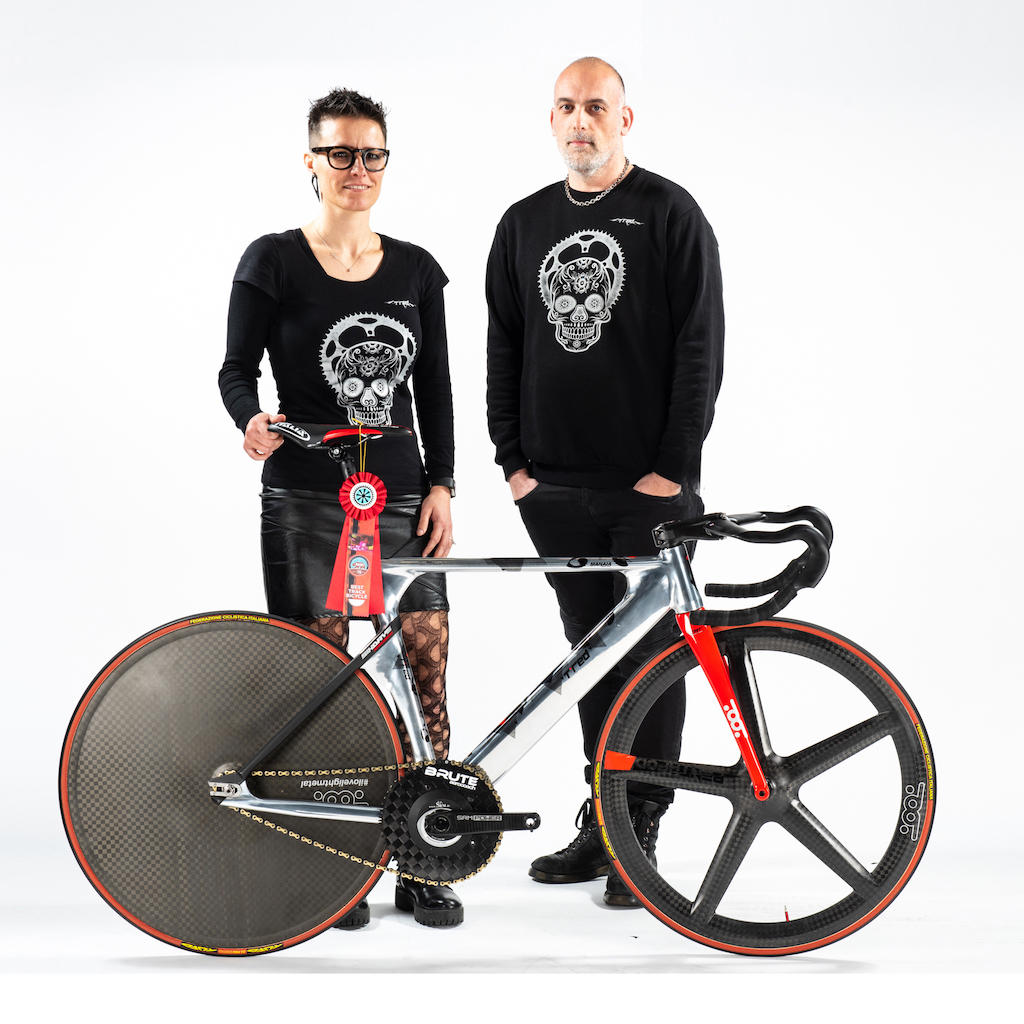 The experience gained in fields such as bio-medical, aerospace, automotive or industrial design has allowed transferring, develop and optimize innovative materials and technologies around a passion. T°RED BIKES is the first production company in the world born from a research and development laboratory on materials and the design of objects and components with strong innovation content. That of bicycles and the pleasure of cycling at 360 °.

With the Best Track Bike Award, the most coveted prize at NAHBS – North American Handmade Bicycle Show, the famous international event, this year held in Sacramento in California – arrives the confirmation of the technical and design value of the approach that characterizes the Italian company since its first steps in the cycling world. 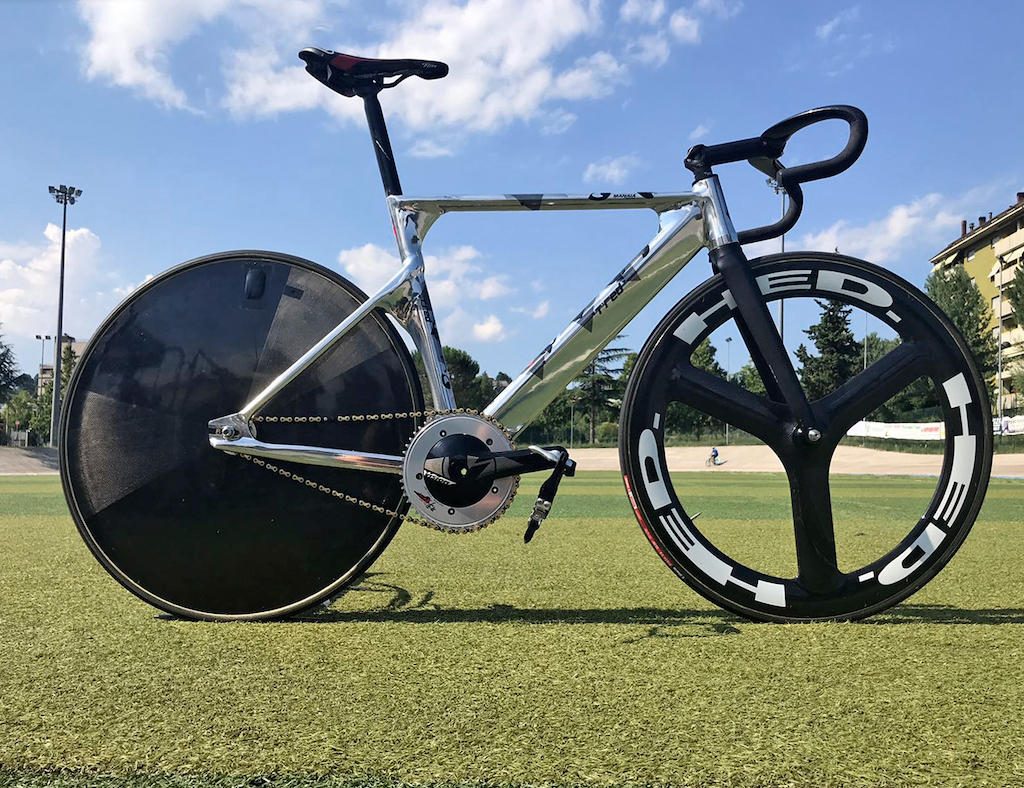 Manaia Six Days, designed by Romolo Stanco for T°RED won the Best Track Bike Award in a category in which performance and results are the most important: the track bike by definition is a bike that must be able to offer top-level performance and enable the athlete to gain the victory. It was precisely in this direction that Romolo Stanco’s design for Manaia Six Days moved and this was what the judges emphasized in rewarding the bike over the other finalists: a technically unexceptionable vehicle, current, made with geometries, materials and technical solutions aimed at offering to the athlete a vehicle without compromises, “even better than last year”, the jury emphasized.

In 2018, the T°RED Bikes had already won the 2018 Best Track Bike Award and the final in two other categories, Best Cyclocross Bike and Best LayUp of a carbon frame.

A curiosity: only two other manufacturers, in the fifteen-year history of the Awards, has won two awards for best bike track, Richard Sachs (2005 and 2010) and Six-Eleven (2011 and 2014), neither of them in two consecutive editions.

The new MANAIA SIXDAYS aims to become a reference point for the six days and for the disciplines in which speed and drivability of the bike must find a unique balance preparing the UCI TEAM TRACK for its seasonal debut. 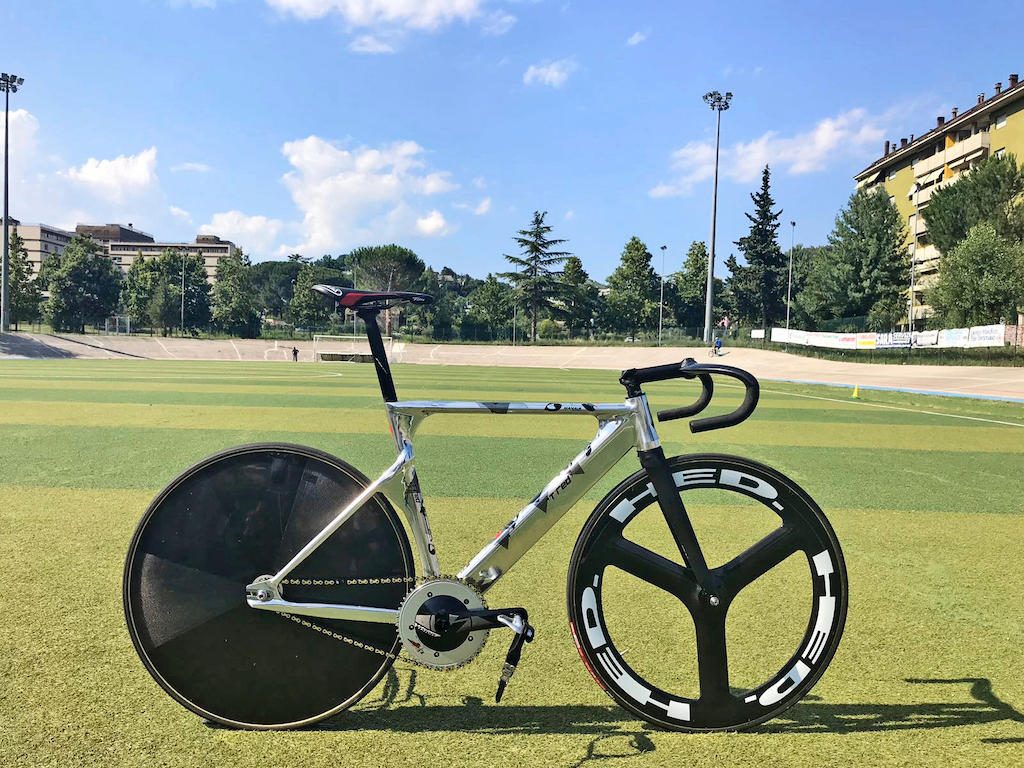 The tubes made of AlScaZir® (proprietary aluminum alloy with scandium and zirconium developed to obtain great mechanical performances) have been designed with a focus on both the strength and stiffness of the frame and the aerodynamics with “UCI legal” sections designed and tested to optimize the behavior of the frame especially in stability (cleaning of air flows). Also, for this reason, the connected surfaces of the ribs and structural stiffeners combine to define a fluid line usually known as “streamline” that is reinforced by the mirror polishing (by hand) of the entire frame.

MANAIA SIXDAYS had already been used in the race at the end of 2018 and beginning 2019 in a prototype version and brought to the race by Luca Ceci and Mattia Corrocher with excellent results. Development has led to having two different geometric settings for speed races (Sprint, Keirin) and endurance races. “SPEED” and “MADISON” are the two models that are now available for the athletes of the WORLD UCI T°RED FACTORY RACING team.

MANAIA TRACK, winner of the award last year remains the reference point for endurance races and will work alongside SIXDAYS to expand the “weapons” available to athletes on the track.

At NAHBS news was leaked of two possible developments of the project: an imminent declination in a ROAD key with a “SPEED” model equipped with a change for road use and one in the “tandem” sector in which it is necessary to remember, the T°RED FACTORY RACING holds 3 Italian titles won by Marcolina/Meroni couple in 2018. 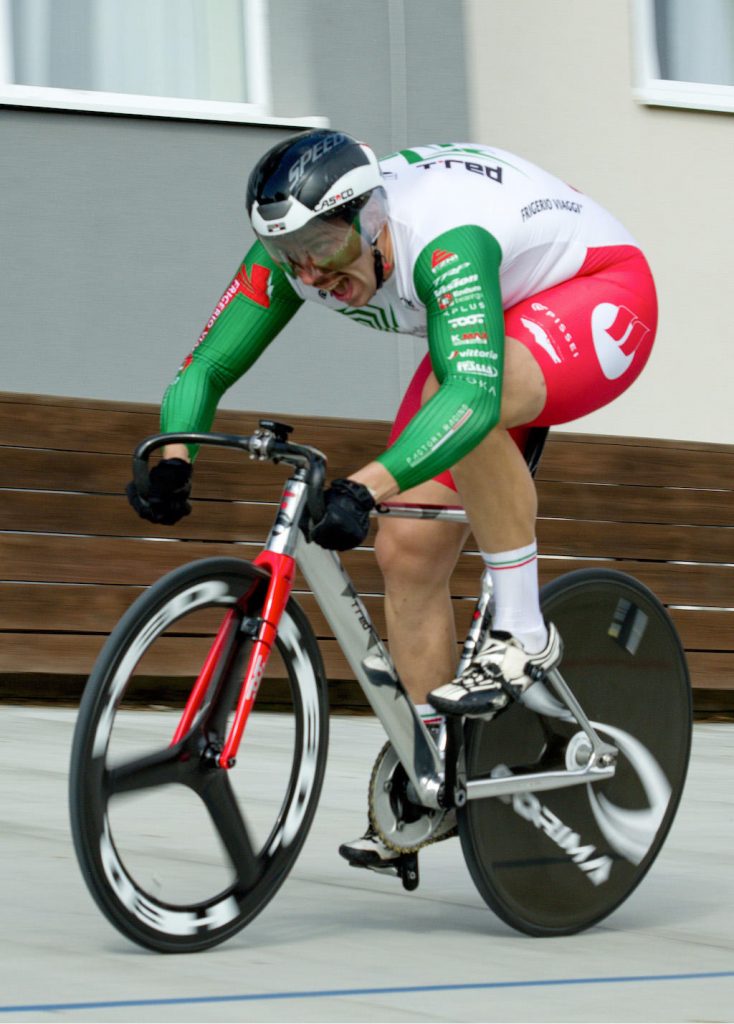