LAGORI Post Computer Game designed by Satyendra Pakhalé -founder in 1998 of Satyendra Pakhalé Associates, based in Amsterdam, The Netherlands- is part of the exhibition ‘From Thonet to Dutch design. 125 years of living’ at Stedelijk Museum from 25 July 2020 until 21 March 2021. 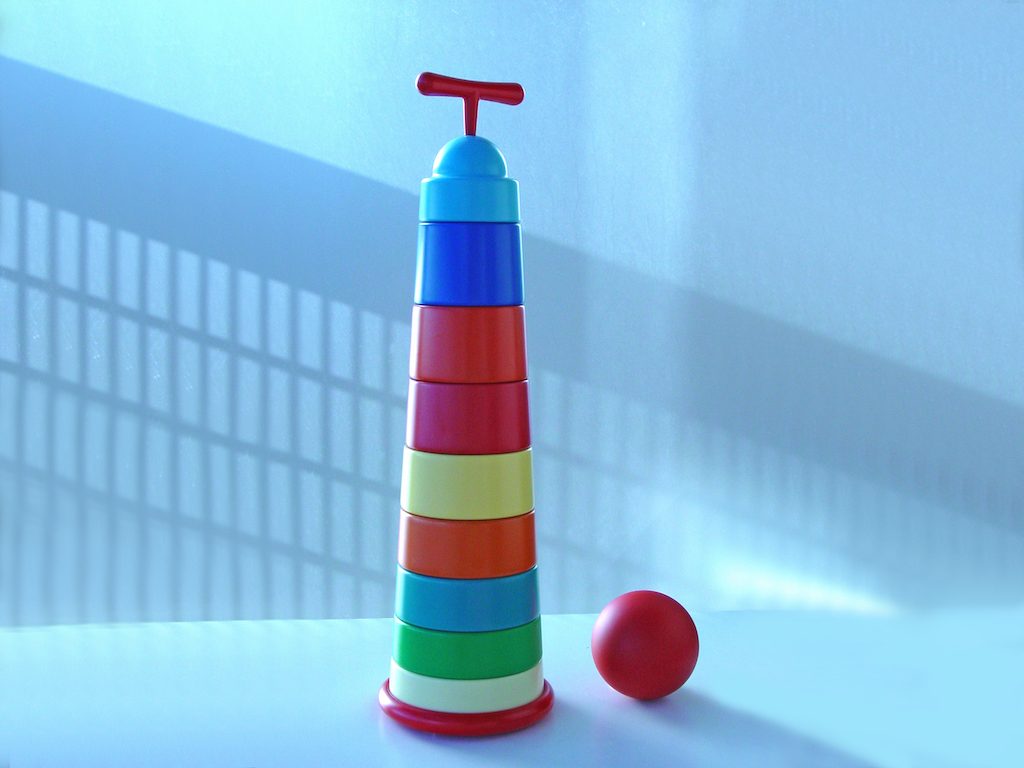 LAGORI, also known with the English noun Seven Stones, is an age-old outdoor game for children playing in India and now available for all children around the world. It is played in two teams. One team will knock down the stacks of blocks and will try to restore the pile of blocks while the other team will try to throw the ball at the opposing team. 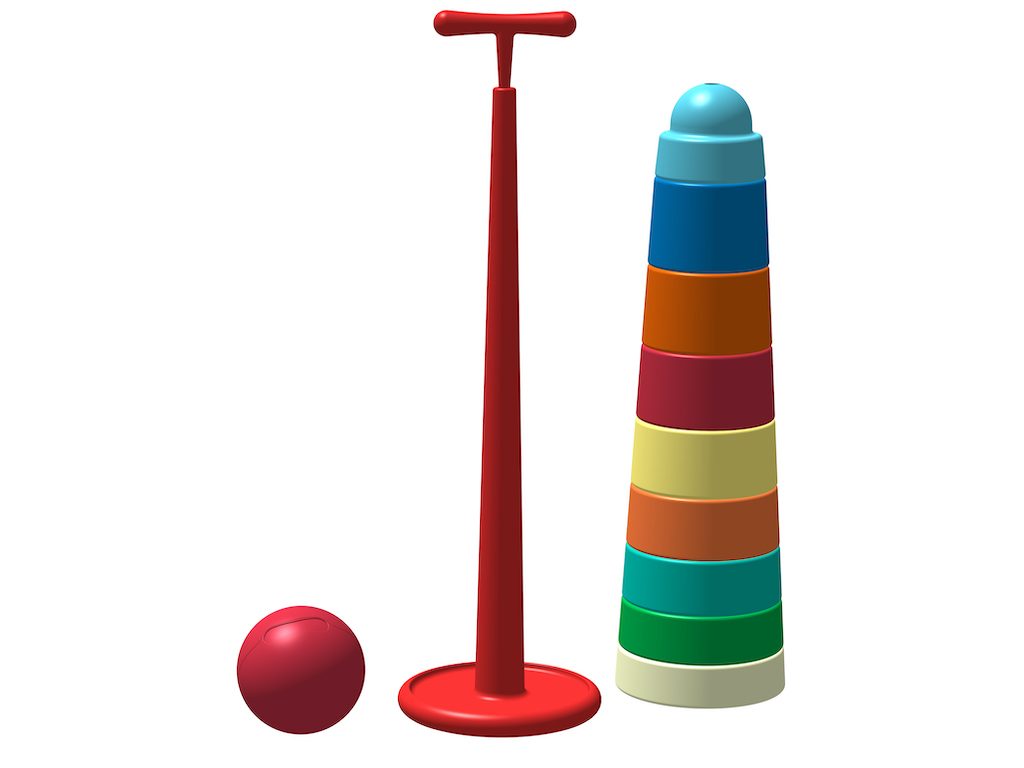 Multifaceted designer Satyendra Pakhalé’s design work is an act of unity going beyond any binary such as high- and low-tech, industrial production and traditional crafts, functionality and poetic significance. He was trained both in India and Switzerland and has been active in the field of design and architecture. Through a series of award-winning design projects for leading clients and industries, the practice has developed a worldwide reputation for designing diverse innovative typologies, pushing the limits of technology and materials. He was invited to head the Master of Design for Humanity and Sustainable Living, Design Academy Eindhoven from 2006-2010. He has lectured throughout the world on platforms such as CeBIT Germany, Casa Brasil and Future Design Days Sweden. His works are in permanent collections at prestigious museums throughout the world, among which the Victoria and Albert Museum London, Stedelijk Museum Amsterdam, Montreal Museum of Fine Arts and Centre Pompidou, Paris. 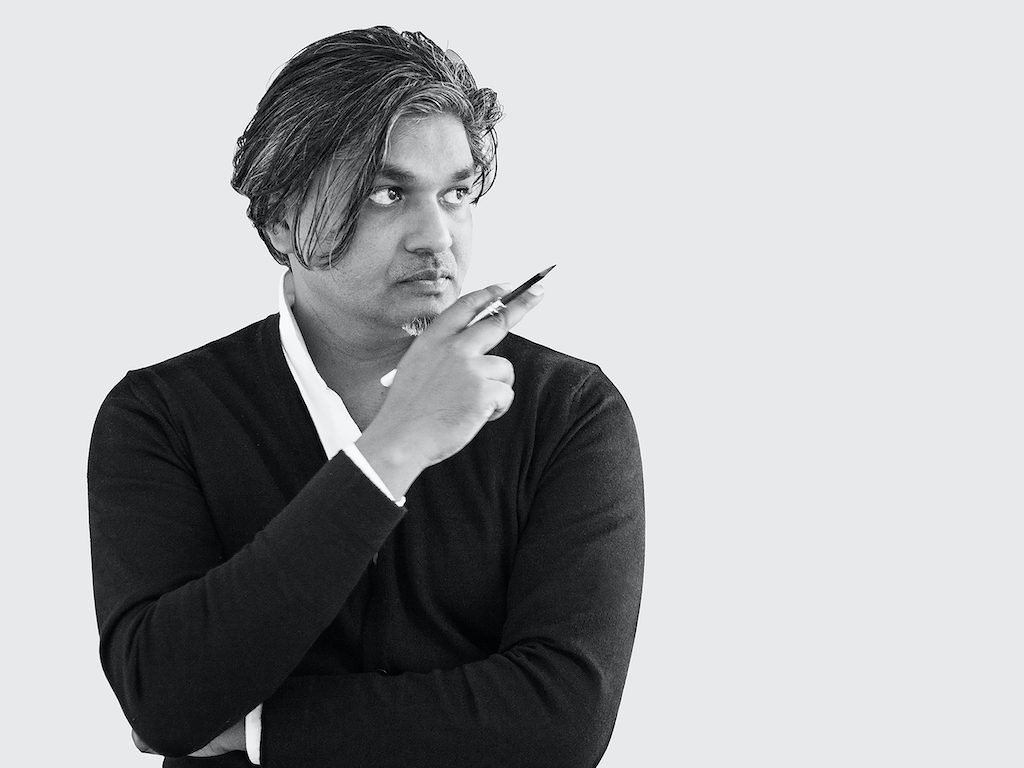 The exhibition includes a large gallery dedicated to design for children, with works by Charles and Ray Eames, Victor Vasarely, Enzo Mari and Ineke Hans. In 1965, the Stedelijk first paid extensive attention to toys and children’s furniture in the exhibition Kinderspel (Child’s Play). Since then, children’s design has been a key part of the design collection.

Many designers designed objects and furniture for children as Satyendra Pakhalé did. Gerrit Rietveld designed a wheelbarrow in his characteristic primary colours, Michael Thonet did a baby version of his famous Thonet chair Nr. 14 (now 214) in 1862 and Richard Hutten thought of the ‘Low Res Elephant’ (2006) stool that also shines a light at night. Designers also came up with several games as, for example, Enzo Mari with the wooden puzzle ’16 Animali’ in 1957.

The LAGORI Post Computer Game (2002) by Satyendra Pakhalé, is a contemporary version of an age-old game ‘Lagori’, popular in India, originally played by targeting a pile of seven stones. The innovative handle not only assists children to carry it to the playground with ease but it also acts like a stump post to help play the game. 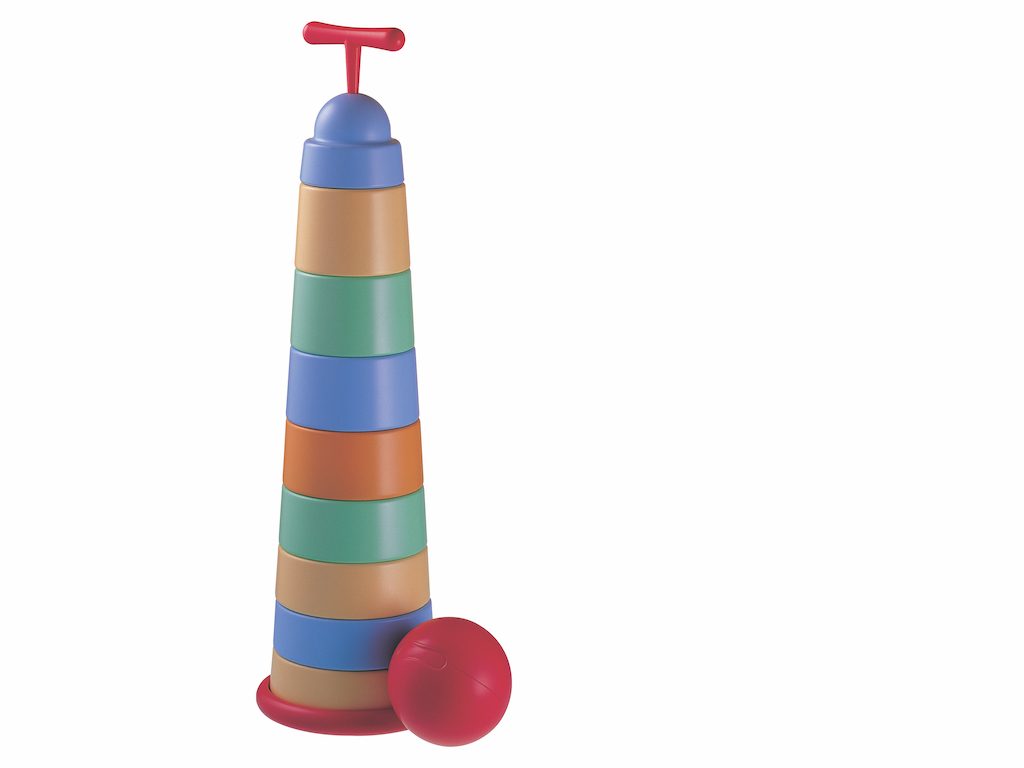 A special design has been added to this room: together with the Amsterdam Wood and Furniture College, the museum organized a competition to design a piece of furniture for children aged 2 to 6 years old. Student Rosa Kosto won from 25 participants.

‘From Thonet to Dutch design. 125 years of living’ will be showing a wide selection of the famous design collection of the museum. All of these designs have been groundbreaking and current in the past 125 years. The exhibition takes you from one of the oldest furniture in the collection, a Thonet sofa, along movements such as the Wiener Werkstätte, the Amsterdam School and Scandinavian design, to the rise of plastic in the 1960s, the colourful Italian Memphis design from the 1980s and Dutch design.

This is how ‘LAGORI Post Computer Game’ is played.

2. Now the ball is played around and Team A will be trying to rearrange the stack of Lagoris. If a member of Team A gets hit by the ball by Team B then that member of Team A is ‘out’ & has to sit outside the circular playground.

3. Finally, if Team A manages to stack all the 9 blocks of Lagoris they all should shout “Lagoooori !!!” and score a point called “Lagori”. With each“Lagori” scored one sitting person can come back to play. Then they exchange roles and play over again. 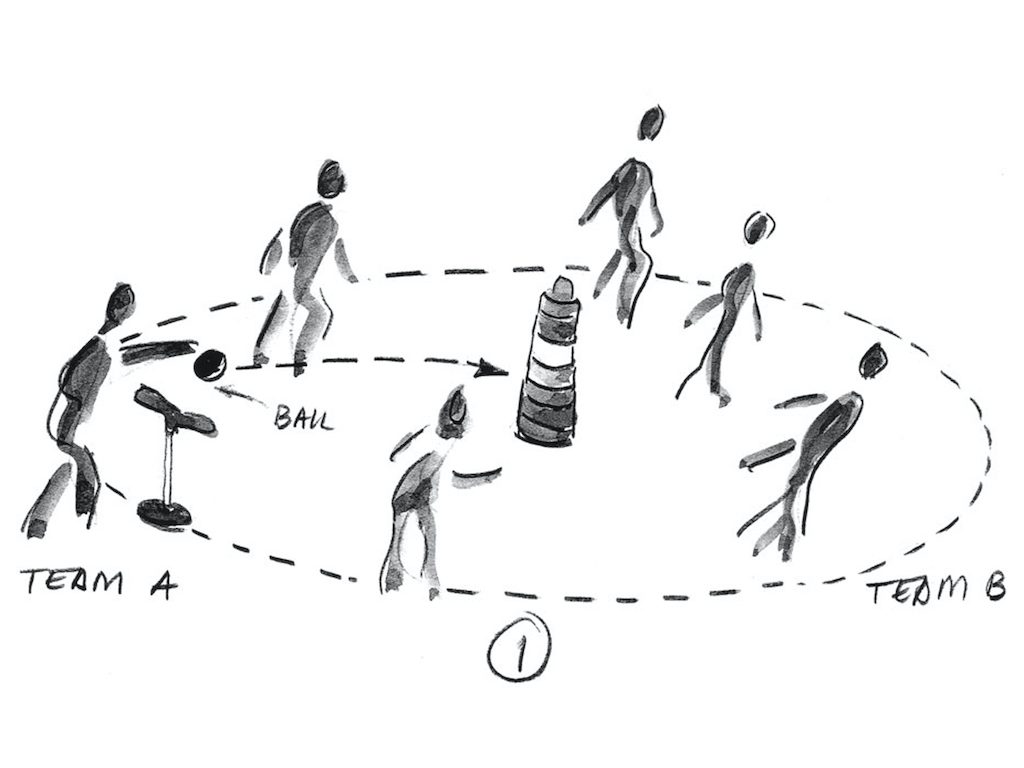 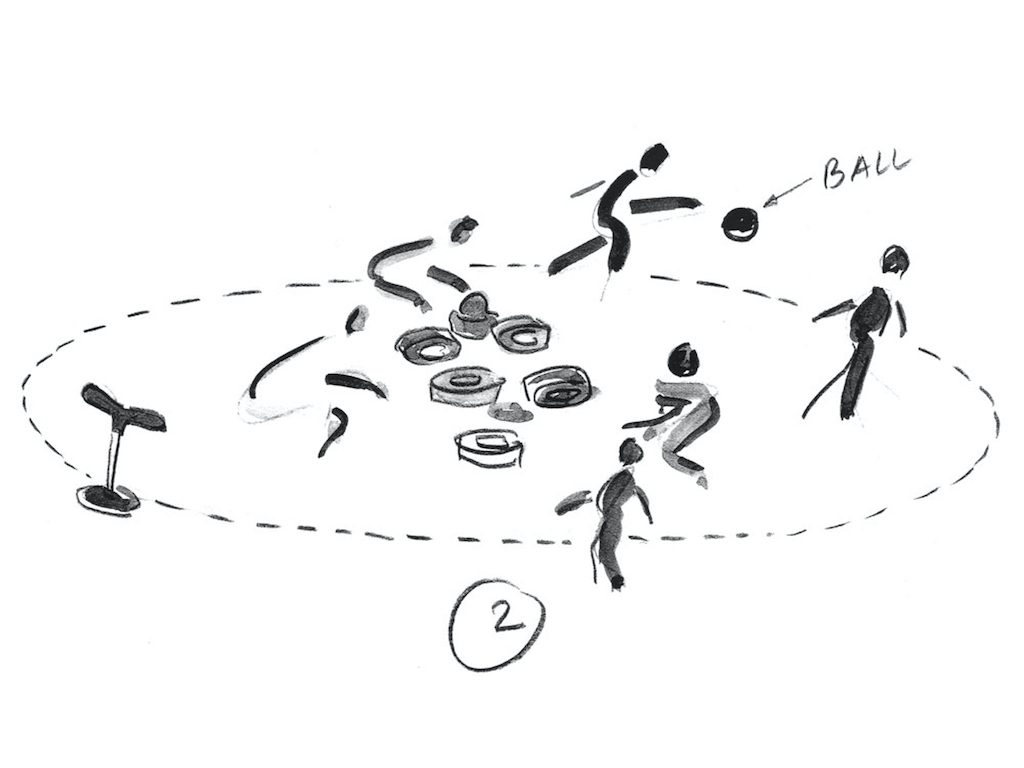 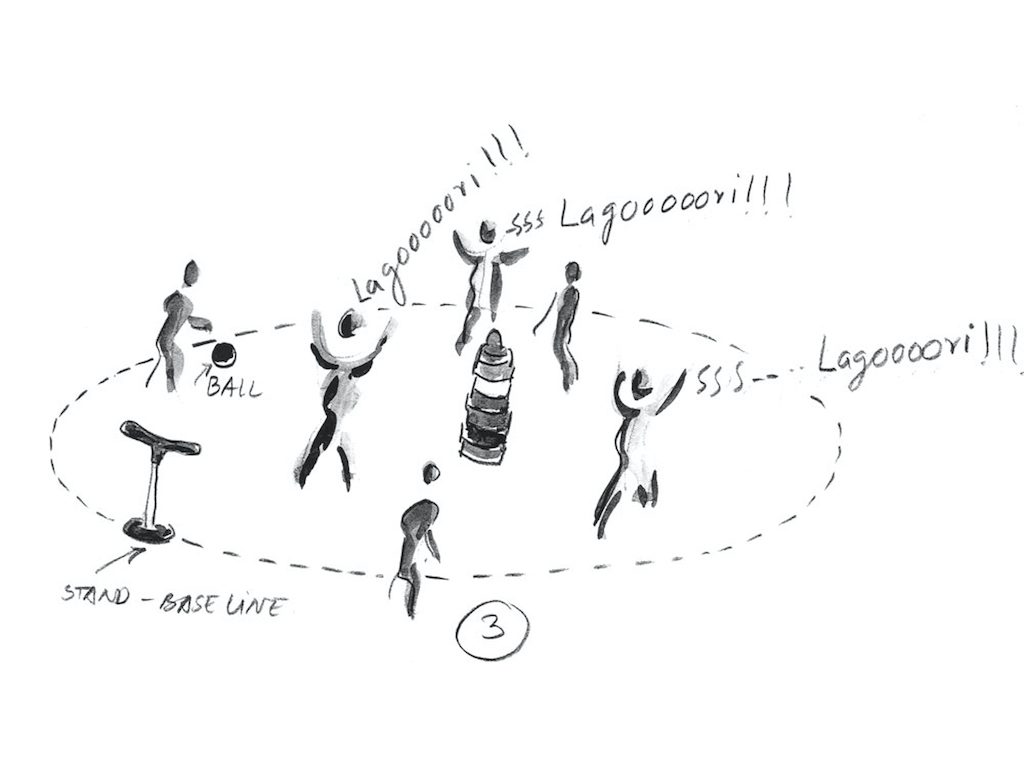