“By applying some queer instances of the gendered electric cables back to that of human, I could come up with a post-human species whose sexual intercourse and reproductive system resembles that of the electric cables. Each of them has multiple genitalia with diverse shapes and textures, which makes this humankind androgynous. Their sexual intercourse happens on a big-group scale involving countless connections of genitals. Genetic information (perhaps contained in the body fluid as a specific type of polymer) flows along with the connections, like electricity transmitted by cables, eventually forming a network of genetic information. Offsprings can (but also may not) be made from that network, from a melting pot of genetic information of every participant.” stated the multi-awarded young designer Noam Youngrak Son  who is studying at Design Academy Eindhoven.

Noam Youngrak Son, who defines oneself as a ‘Design Activist’, wrote a visual-literal manifesto on this speculative human species, then visualized and materialized their reproductive infrastructure including their sex hotel, sex chair, sex toys. For Noam, Design is not a goal in itself, but a method to arouse social discussions and debates. They pursue problem-provoking design, instead of problem-solving design. Noam refuses to define one’s gender as neither exclusively male nor female. In other words, Noam socially, culturally refuses to be neither male nor female. Noam refuses every norm of gender-binary. Noam’s identity as a queer person of colour is one of the axes of their design practices.

The manifesto that provided a literal background for all of the speculations is self-published into a book that is bound with electric cables that motivated the creation of this fiction. 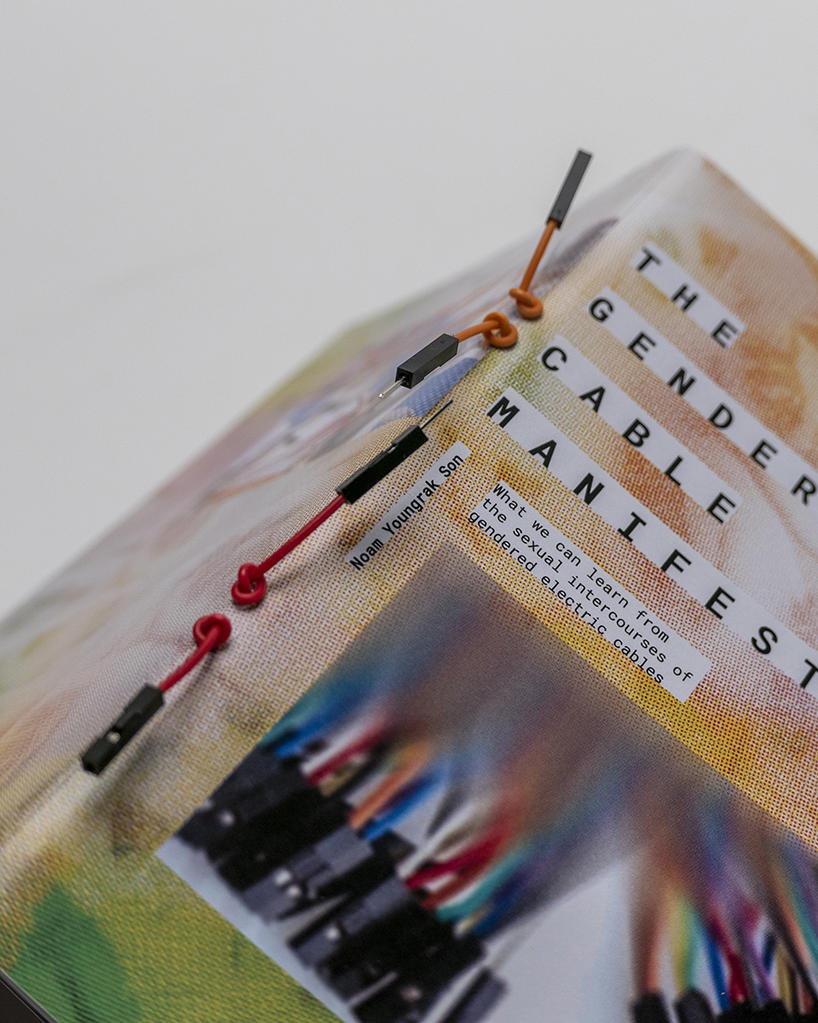 Due to multidirectional connections that they make, the intercourse is not limited on the ground surface but forms an architectural construction based on human bodies. They developed very complex and rhizome-resembling architecture to accommodate their sexual intercourse. It’s a love hotel, with a myriad of chambers that can fit one person in, interconnected with myriads of pipes that bodily fluid runs through. In one room, there’s a chair that one can lay their body, connect their multiple genitalia with. It will enable them to be involved in the collective sexual intercourse. 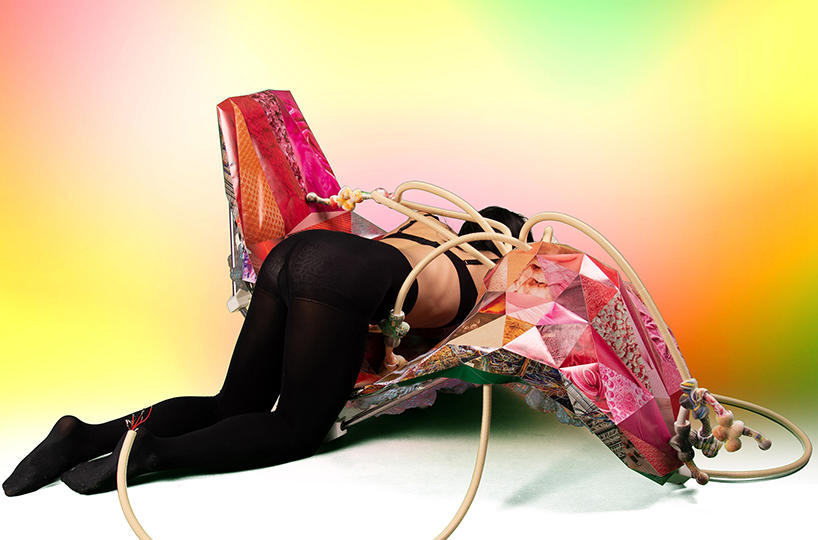 The chair (3d printed plastic, steel, foam) is connected to multiple sex-toys that connect the body and the chair, then to the other person that in the other chamber, and eventually to the large group of people that are sharing their genetic information altogether.

Gender as a concept is not only applicable to humans. When the idea of gender is applied to the cables, its meaning is reduced into a relationship of insertion. “As a non-binary individual and designer, I find this problematic that such way of classifying gender violently erases the existence of everyone that doesn’t neatly fit into those categories,” says Noam. “However, instead of insisting on abolishing those terms, I discovered that the idea of gender that we applied to the electric cables functioning in very queer ways that we couldn’t expect.”

The 3d-printed plastic sex toys consist of genital-shaped pieces in various shapes and textures, connected altogether like a rhizome. Being connected to human genitalia, the sex toys functions as the direct interface that bodily fluid containing genetic information goes through. Like the way that electric cables convert and split their gendered genitalia (connector) by using gender changer and splitter, these sex toys convert and split the human genitalia by being connected to it, and manipulates the way it works. 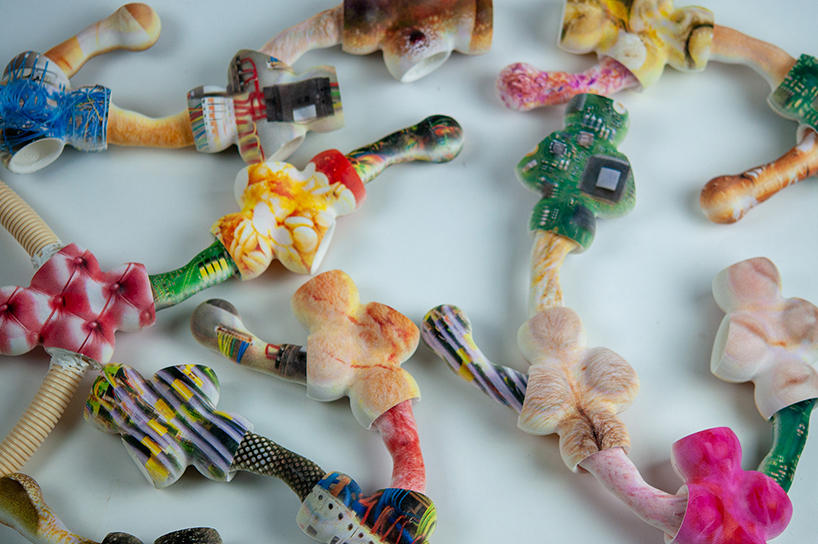 “I envision this fiction to challenge our narrow understanding of human genitals, sexual intercourses, and reproduction that are limited by our body that only appears to be fixed and static.”

The full text of the manifesto can be read at https://www.d-act.org/12-2