FEDERICO SOLMI AND HIS ABSURDEST THEATRE OF THE WORLD

While in Barcelona ADN Galeria – a hybrid platform between commercial mediation and cultural contribution with the aim at promoting current artistic ideas and trends – presented Mundus Novus, the third solo exhibition by Federico Solmi, Italian born artist based in New York prepared a very special installation. During the month of July and until the 31, Federico Solmi’s new work American Circus was presented every night at midnight on the billboards of Times Square as part of the Midnight Moment exhibition series by Times Square Arts.

American Circus, a maximalist portrait of Times Square as an eternal carnival, filled with food stands, whirling amusement rides, American flags, fireworks, an absurd collection of iconic world landmarks, and signs advertising “EVERYTHING 99¢ OR LESS” A cheering crowd seems to revel in a continuous spectacle of entertainment, consumption, and nationalism.

American Circus is a world premiere in a series of works titled The Great Farce. It is adapted from a nine-channel video installation by the same title that Solmi created for the 2017 B3 Biennial of the Moving Image in Frankfurt, Germany. 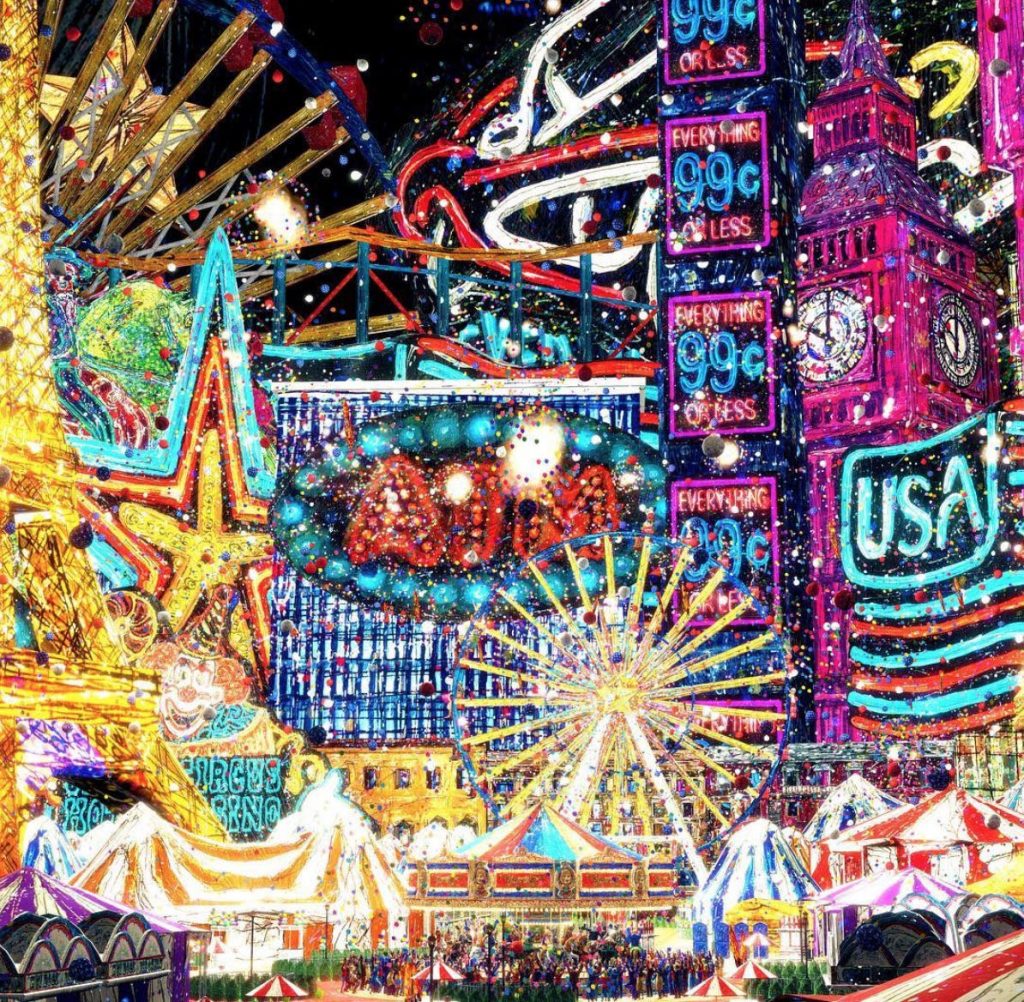 In New York as in Barcelona, the art simultaneously satirizes and highlights the capacity of mass media to influence the processes of power validation and recognition. Thus, the representation of power in his work leads to an identification of our current society as a prisoner of its own self-obsessed spectacle. With the collapse of time and geography in the artistic plane, Solmi strongly underlines the ways in which state power, colonialism and imperialism have a symbiotic relationship with capitalist ambitions. Using drawing as a starting point, he creates a hybrid artistic medium by which to criticize – today’s society. With this goal in mind, the artist uses various media which lead drawing to a new state of movement and dramatization, through the use of 3D technology, game engines, motion capture, paintings and screens. 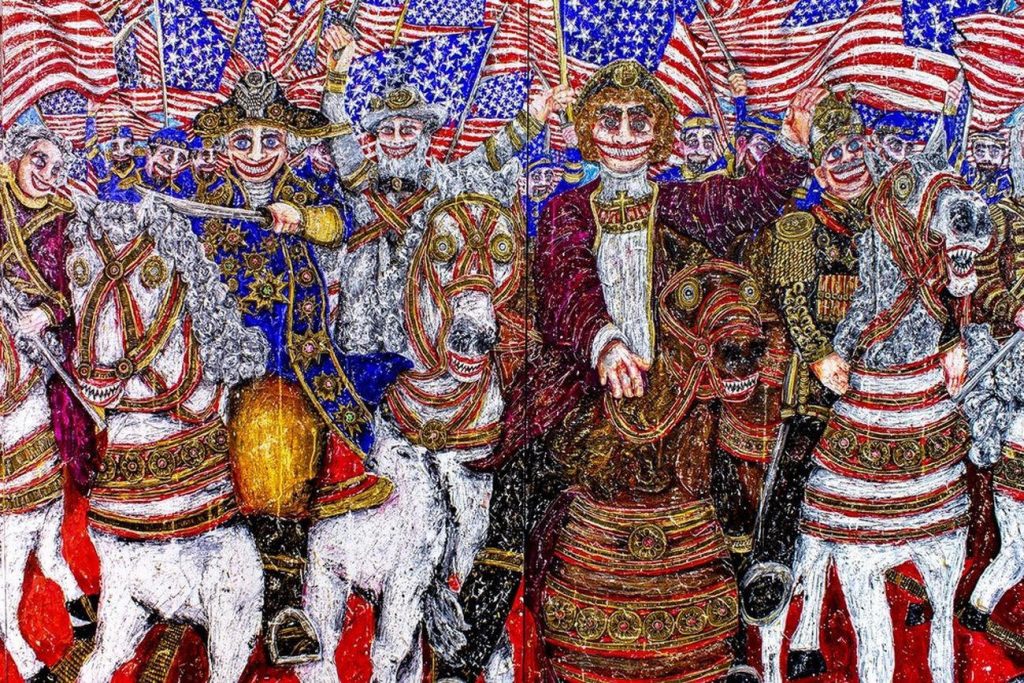 Works presented at ADN on the occasion of Mundus Novus exhibition were focused on America’s colonization. Explorers, colonizers, warriors, natives, villains, scoundrels and tricksters are positioned within fantastical scenes of grotesque comedy that debase the very myth of the New World’s conquest. Skipping the historical chronology, settlers make their entrance like red-carpet stars while natives receive them enthusiastically, all of them surrounded by groups of paparazzi, cheers and applause. Textbook narratives are put on trial in the world of Federico Solmi where learned histories of Euro-American heroes are exposed as a manipulation of the past to propagate fable. Facts are dismantled in an ironic circus of saturated colours and trademark labels which come together to construct a critique of consumer-obsessed and nihilistic western values. 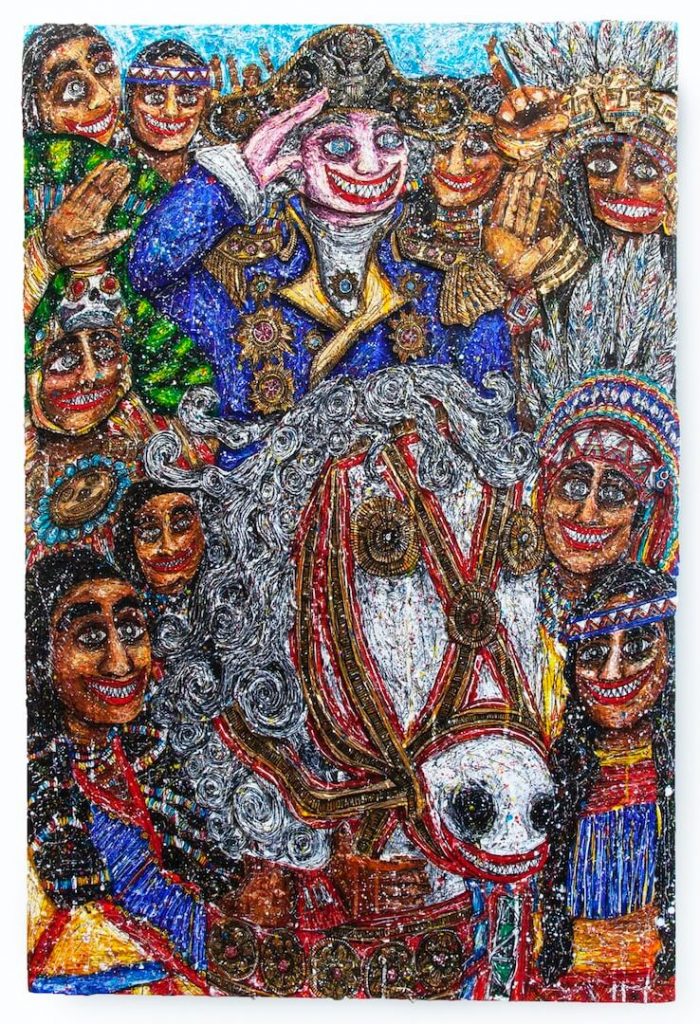 The visual language that makes Solmi’s works recognizable is characterized by a distorted reimagining of classical figures in a digitized and bizarre real-world environment. His narratives integrate icons of Western culture to reflect a ridiculous and misguided society that is as seductively indulgent as it is nightmarish. The use of new animation technologies gives Solmi the ability to continually re-assess and rewrite history through dynamic and dramatic forms of storytelling. His puppet-like characters are alive with motion capture techniques that work to address profound political dramas into his absurdist theatre of the world. Through drawing and video-painting, history continuum that reflects the ongoing reality of political and religious leaders who profit through wealth and influence despite legacies of corruption, manipulation, and genocide. This hypocritical cultural heritage of the West, endorsed by historians and governments, is what Solmi obsesses over in his works, casting a strikingly dystopian perspective on the past and present worlds alike. Visible in this body of work are the inextricable connections between nation and religion, consumerism and capitalism, etc. Ceremony, pomp and circumstance become grotesque, defying habitual ideas around the performance of nationalism. 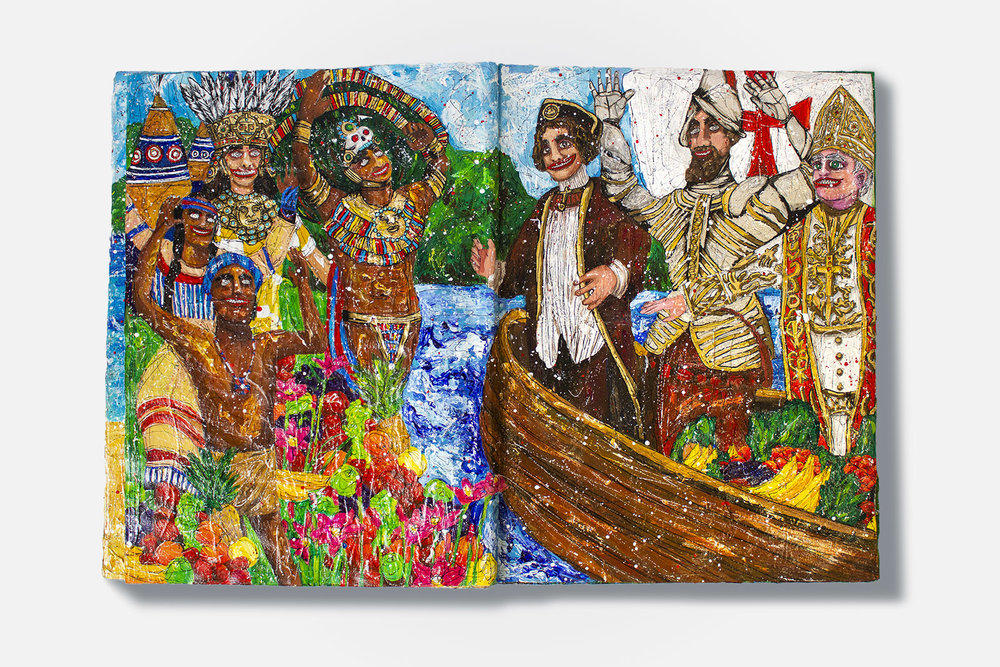 Federico Solmi (Italy, 1973) is a multi-disciplinary artist based in New York. Solmi’s work investigates the contradictions and inaccuracies of historical narratives that have led society to a chaotic era of misinformation in which the reality of media, celebrity, popular culture and consumerism in Western civilization establish an extreme and absurd world characterized by corruption and hypocrisy. Solmi exploits emerging technologies to reveal the hypocrisies in contemporary society, making art with political and social commentary as a means to disrupt the power structure of our technological age. Scanning his paintings into a game engine, Solmi confronts the audience with his own absurd rewriting of past and present-day events. Solmi stages a virtual world where our leaders become puppets, animated by computer scripts rather than strings. 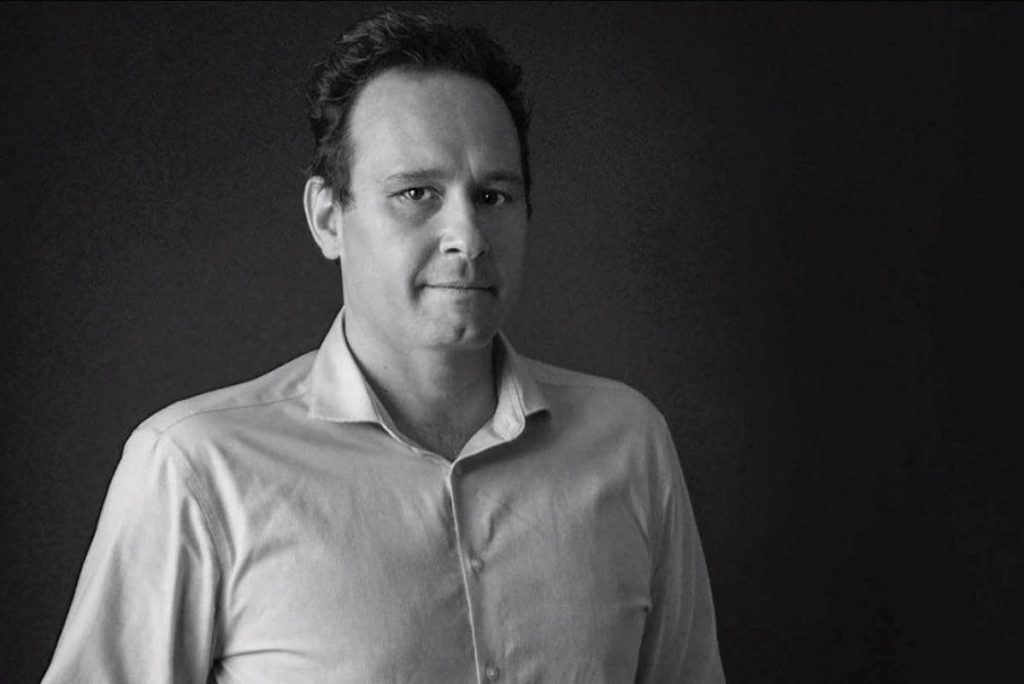