Guendalina PerelliJune 28, 2018Pic of the week

Thanks to its unique shape, the 90.60.90 glass bottle, created by Curve Studio for Molecola, has won two IDA Gold Prizes in the Product Design category at the International Design Award in Los Angeles.

Selected among more than three thousand projects from 95 nations around the world, the bottle produced by Verallia Italia, was awarded one of the most important awards in the world that rewards the best design projects every year. The international jury, made up of experts in the sector, awarded two Gold Prizes in the sub-categories Material Design and Manufacturing Design to the bottle created for the Italian beverage, rewarding it for its original use of glass.

Inspired by an ancient Piedmontese recipe of the late nineteenth century rediscovered by Francesco Bianco and Graziano Scaglia, Molecola is the first 100% Made in Italy cola, made with Italian ingredients and prepared with codified knowledge of our tradition. 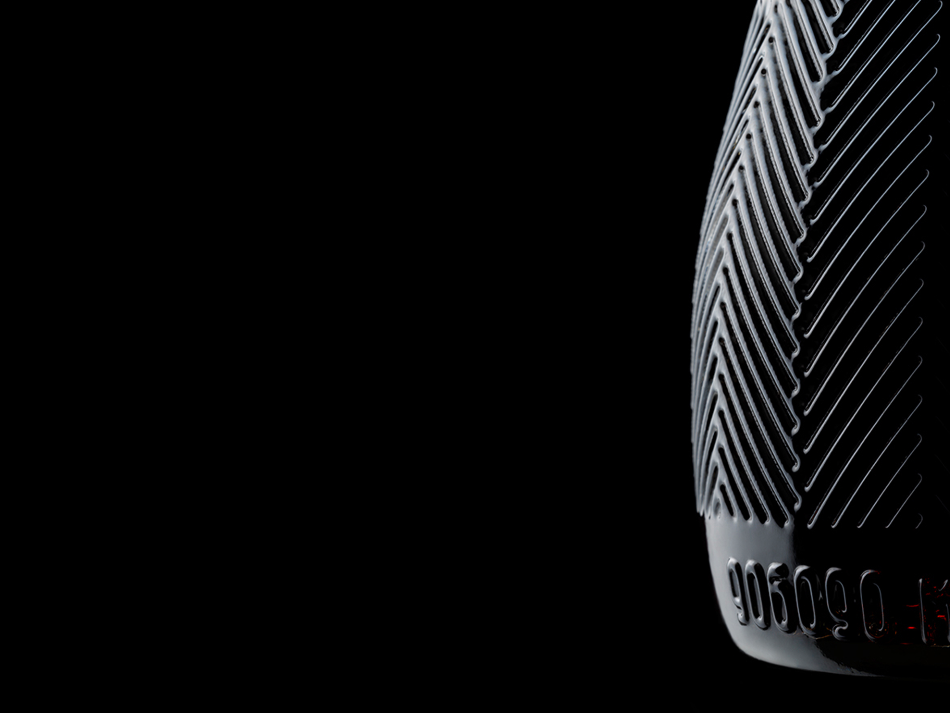 Months of experimentation and numerous prototypes printed in 3D have allowed getting to the final result: a surface worked as a tweed tailoring fabric. The shape of the bottle plays with sinuous and captivating lines reminding to the silhouette of the Italian divas of the fifties, in which the crown cap is reminiscent of a hat, the wasp waist marked by the label and the prosperous sides of the actresses contributed to creating the myth of Italianity throughout the world. An exclusive bottle designed to enhance the particularities of the drink, which manages to make the aesthetics and function dialogue, thanks to the particular ergonomic anti-slip processing. A further attention to usability is given by the use, in the lower part of the bottle, of the Braille text which shows the name of Molecule and of the bottle, guaranteeing a high accessibility. 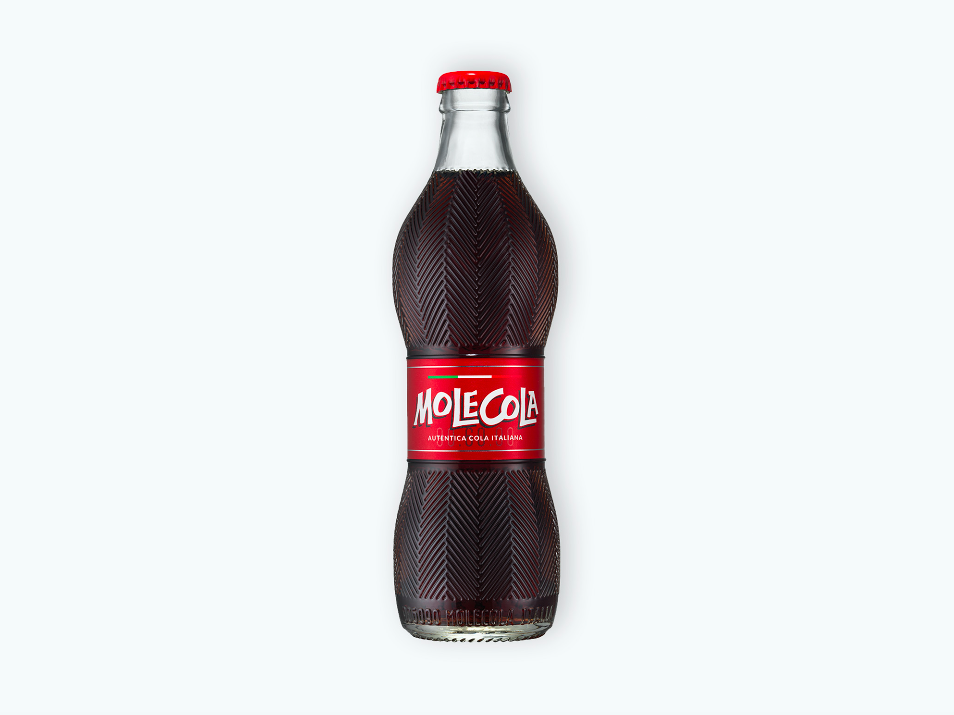