Miguel Giner Gutiérrez is the winner of the Rado Star Prizes Spain 2019 – held in Madrid during the Madrid Design Festival – with his project Petra, a porcelain crockery collection. Design and production of porcelain tableware Petra and Silicone Vessels through Polymorphic Mould tool based on profiles is the final degree project – the subject titled was “Workshop Vertical Design, Local Development” – of the Spanish young designer in the FAAD Facultad de Arquitectura, Arte y Diseño of UDP Universidad Diego Portales in Santiago, Chile. Chile is a country without industry and with an enormous crafts strength, the problem is that these crafts are disconnected from the needs of society and are in a state of stagnation. The subject was intended to oxygenate handicrafts through innovation by experimentation in the forms, material or production processes from design. “Throughout the course, I worked on ceramics and specifically on the use of natural forms,” told us Miguel Giner Gutiérrez. “I developed many proposals in which through moulds of elements of nature and taking advantage of their natural ergonomic form, pieces were made. The proposals were not enough but allowed me to see textures and possibilities in practically every element I saw. Finally, in the supermarket, thanks to this new perspective, I could see in spaghetti a texture and a system that allowed an infinity of configurations, this is where I developed the logic of the Polymorphic Mold and when I elaborated my first prototype. Once in Spain, I wanted to continue investigating the logic of the Polymorphic Mold and make it my final degree project.” 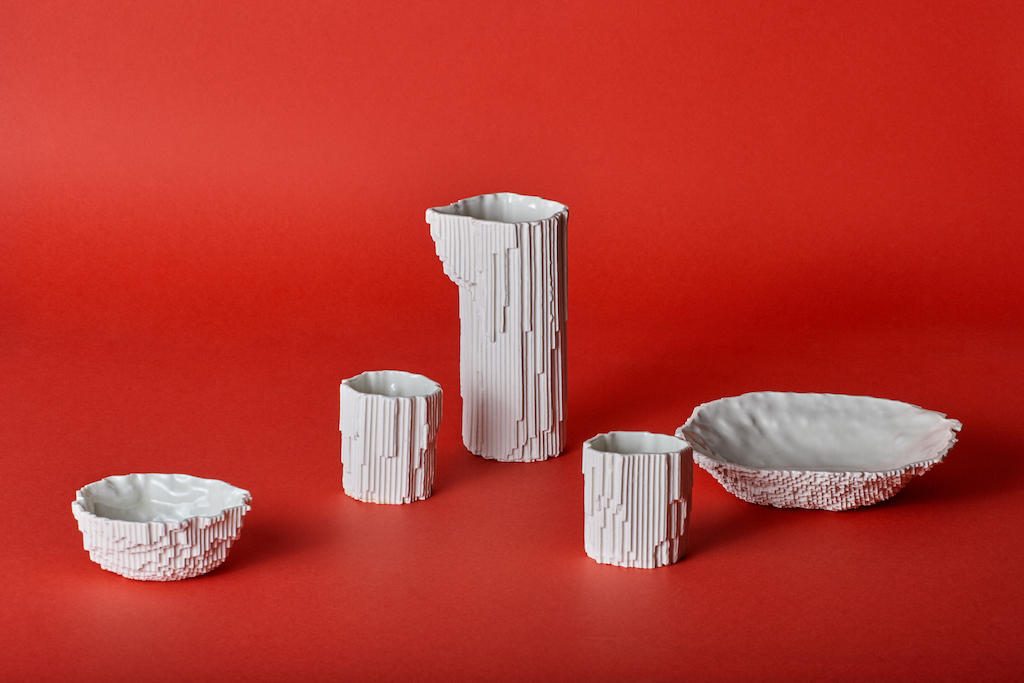 The Polymorphic Mould consists of a mould formed by 3906 rods of beech, stacked horizontally and a fixing system. The rods are manually extruded creating shapes, then, from the negative shape moulds and pieces are created. The machine allows creating natural shapes through a bounded arbitrariness related to the profiles used (shape, size and texture). 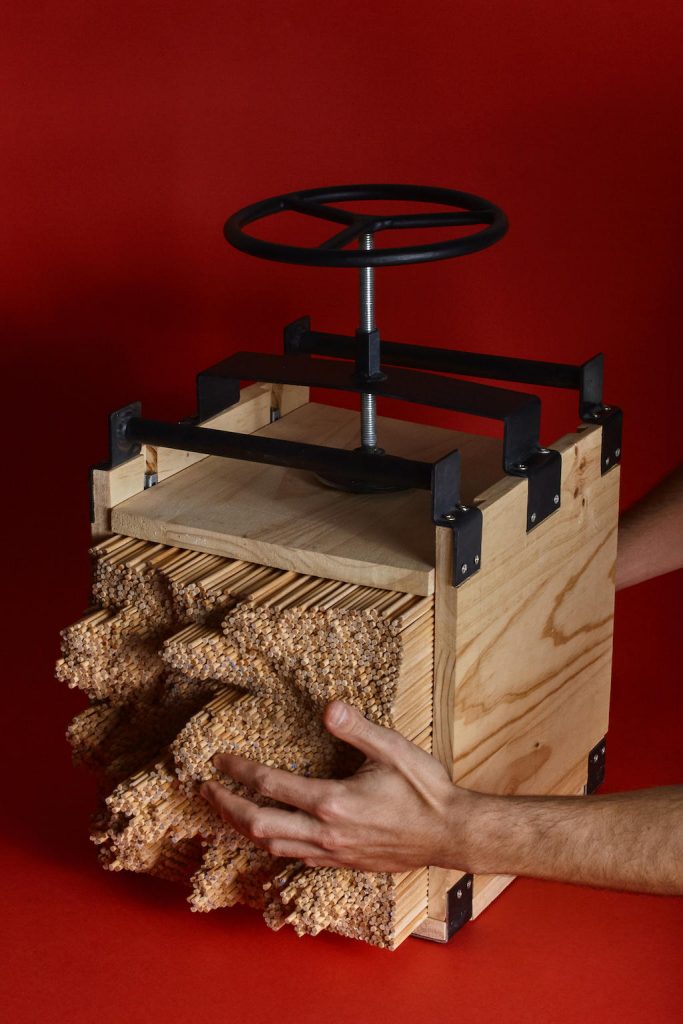 “I wanted to research the possibilities that the system had, the use of different shape, texture and size profile, to play with other materials, to experiment in new fields… I researched in various fields such as thermoforming, blown glass, the technique of emptying pottery or the use of silicones. Silicone in cream form, for example, allows creating pieces without formal limitations, fast and with very low costs. It also maintains the handmade character of the pieces being each different and unrepeatable. Finally, I developed the Polymorphic Mold current prototype, this allowed me to produce pieces in various fields and raise new lines of research and experimentation.”

The Petra crockery was designed with the idea of showing the versatility of the tool through pieces that are part of the same family, with different size and shape and that respond to different functions. The products were designed according to the concept of the relation of the material with nature and the time. 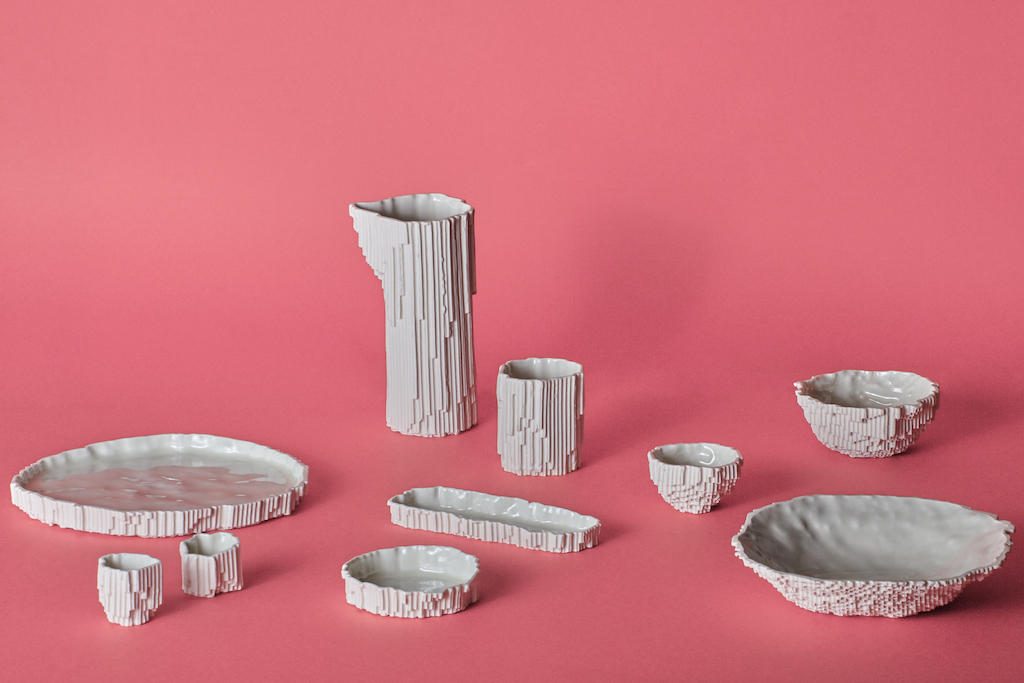 “The use of purely organic forms with a texture reminds of mineral strata in mountains, the erosion produced by water and wind in rocks or salt mines,” says Miguel. “In this way, it is intended to transport the user to the mineral origin of the material and to give value to the product. It was also a way to connect with my initial essays in Chile. I am currently researching and experimenting. The logic of creating shapes through a profile system is a new idea that has not yet been explored and presents an infinity of possibilities in both design and craftsmanship or industry.” 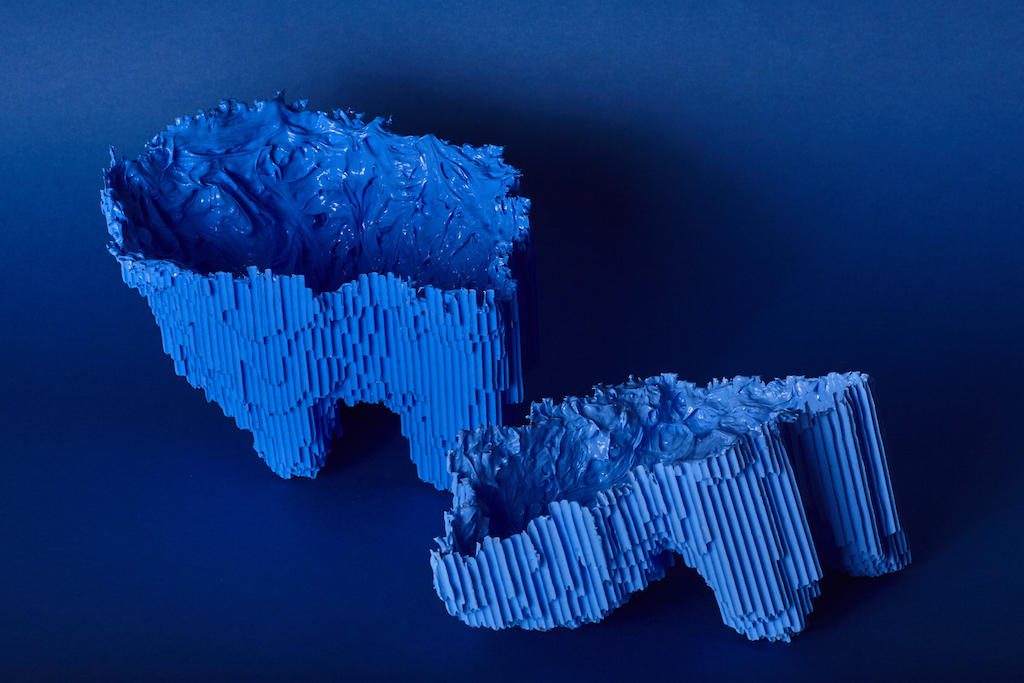 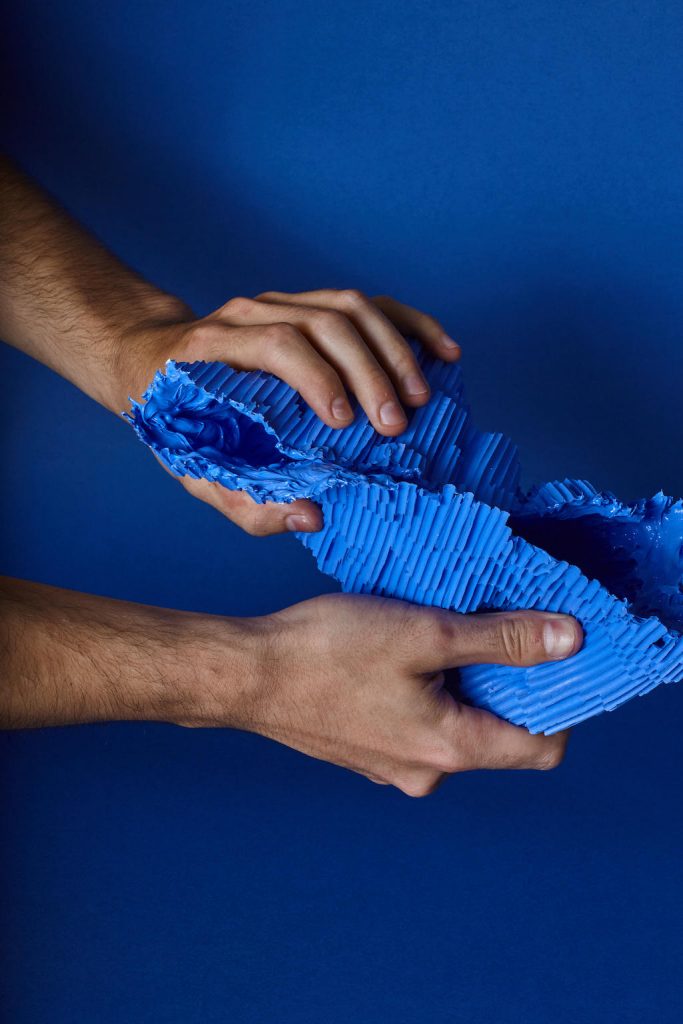 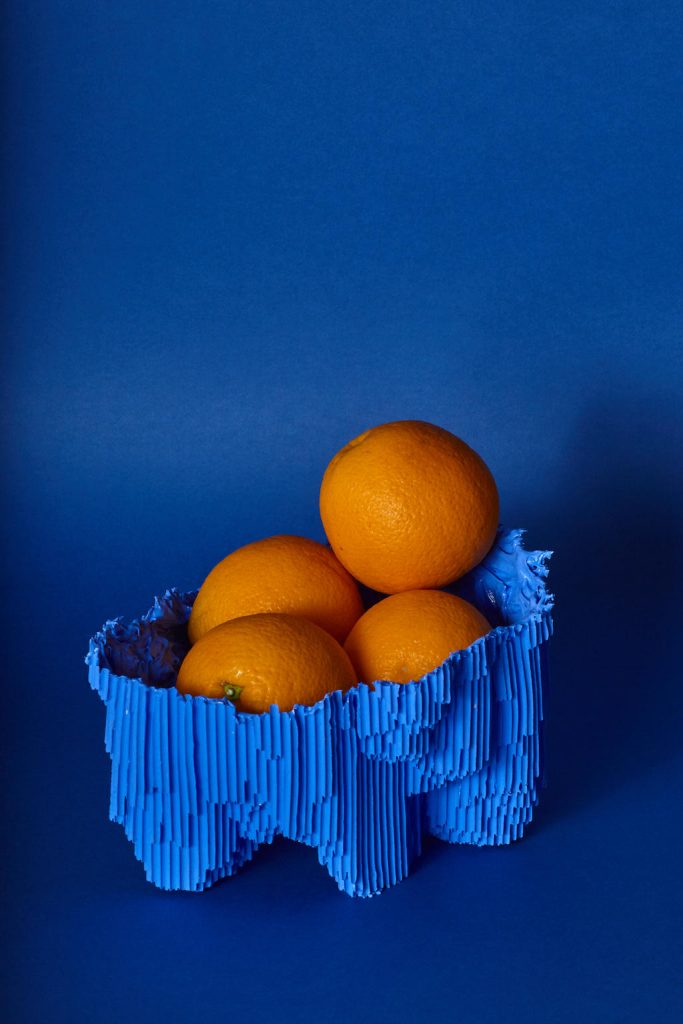